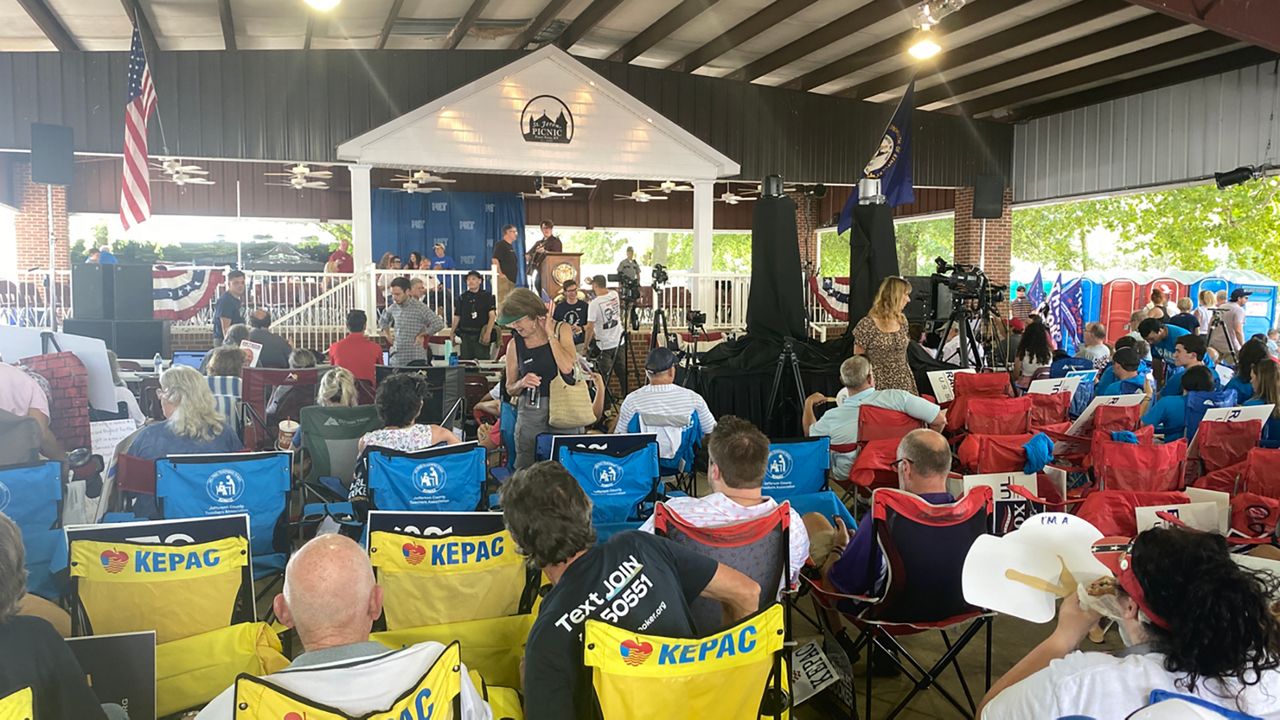 A photo of the crowd at Fancy Farm 2022. (Spectrum News 1/Julia Benbrook)

LOUISVILLE, Ky. — During Fancy Farm this year, a handful of Republican politicians made jokes against the LGBTQ community, specifically about the transgender community, during their stump speeches. Spectrum News 1 reached out to the Fairness Campaign, a Kentucky LGBTQ advocacy organization, to hear their response. The organization’s Executive Director Chris Hartman said, “Shame on Kentucky Republicans for trying to turn Kentucky’s trans kids into political pawns for votes.”

What politicians serve up annually at the Fancy Farm Picnic is why Hartman told Spectrum News 1 he intentionally avoids it.

“I mean I get enough of the ham that they dish out at the state capitol in Frankfort so I typically feel like I don’t need to hear it from the stage of Fancy Farm, as well, where the rhetoric and the vitriol is so much more peaked,” Hartman explained.

The Fairness Campaign is an advocacy organization focused on legislation that prohibits LGBTQ discrimination. Since its founding in 1991, 24 of Kentucky’s 120 counties have passed Fairness Ordinances, which outlaw LGBTQ discrimination in employment, housing and public accommodations.

Every year Republicans and Democrats are invited to speak at Fancy Farm, but for the past few years the GOP has made up the majority of speeches. This year three Democrats and 10 Republicans spoke at the event.

“Biden says, ‘Don’t worry, we are not in a recession. Well, I wouldn’t expect a Democrat to know what a session is. They can’t even define what a woman is,” she said during her speech.

“This is a tactic as old as time, and these comments would’ve been about gay marriage ten or 20 years ago. Unfortunately, trans kids are the attack du jour right now for conservatives to try to speak once again to an extremist base,” Hartman said.

Hartman added the Fairness Campaign does have the support of some Kentucky Republican lawmakers, but he called those who made anti-LGBTQ comments extreme and said their comments were harmful.

“These are the types of comments that make, particularly trans kids, feel higher levels of depression, experience higher rates of self-harm and unfortunately suicide,” he said.

Hartman believes candidates who use anti-LGBTQ rhetoric during their 2022 midterm election campaigns will lose votes.

“And I don’t dare to say that many of them will lose, but I do think that their margins will not be quite as broad as they first imagined,” Hartman said.

Hartman said the Fairness Campaign will keep what politicians say in mind as the advocacy organization considers who it will endorse and support come Nov. 8.