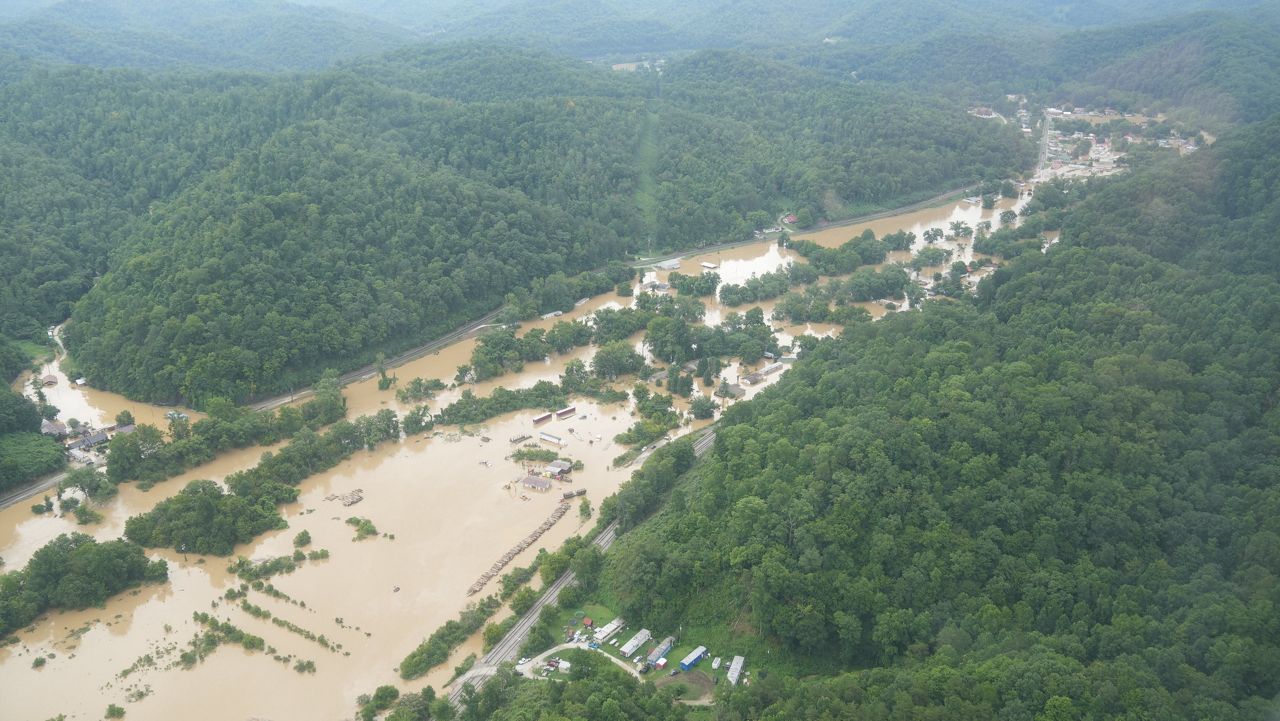 Researchers want to see what pollutants are left behind by the flooding in eastern Kentucky. (Office of the Governor)

LEXINGTON, Ky. — Researchers at the University of Kentucky are seeking funding to study possible pollutants in the mud and soil left behind by deadly flooding in eastern Kentucky.


Essentially, researchers don't want the catastrophe to go to waste without learning something from it.

“The basic reason is we don’t want the disaster to go to waste,” Kentucky State Geologist Bill Haneberg said. “I mean, it was a terrible tragedy, and I think one of the worst things we could do is not learn from it going forward.”

Haneberg, who also serves as director of the Kentucky Geological Survey housed at the university, said it’s possible contaminants are coming from nearby strip mines, as well as other sources.

“For example, if there are pesticides in the mud, that would pose different health hazards, and if there are heavy metals in the sediments,” he said.

The research is important because, with flooding expected to increase in the region, Haneberg said it’s crucial to find out what people may be exposed to.

“That’s something we don’t know the answer to,” he said. “I think there’s almost universal consensus among climate scientists and others who study the issue that we are going to see these extreme events more frequently.”

With cleanup efforts in full swing, he said time is of the essence to get these studies done.

Haneberg said his staff has had informal discussions with members of the National Academy of Sciences and will likely submit a formal request for research funding soon. He said they should know more about whether they’ll get funding in the next week.