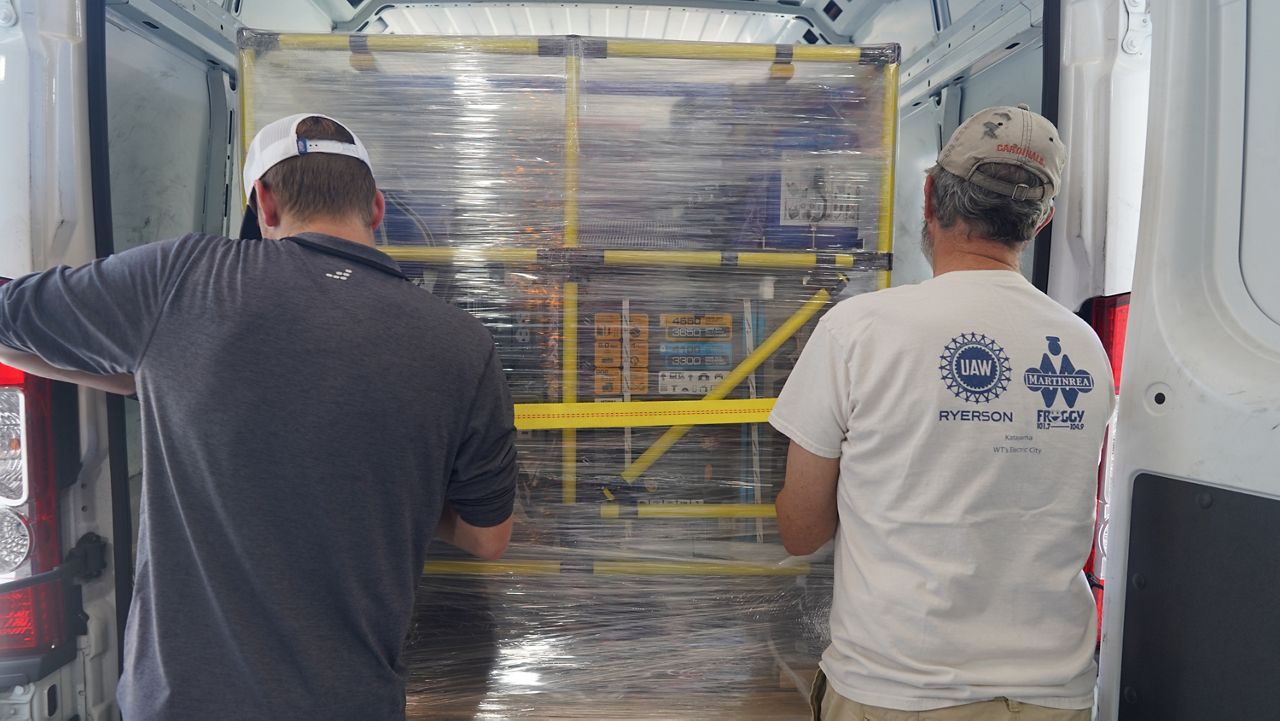 A WOW Cart is loaded on to a van headed for Marion to help residents access clean water. (Spectrum News 1/Jonathon Gregg)

LOUISVILLE, Ky. — More help, and cleaner water, is on the way for the western Kentucky town of Marion thanks to new tech from a Louisville business.


Live-saving equipment is on its way to Marion, Kentucky, currently under a State of Emergency because of a water shortage. Gov. Andy Beshear made the declaration in June after the town of 3,000 lost access to its water source, Lake George.

The lake suffered a levee break, and the reservoir was drained. Thankfully, Louisville company Water Step is sending help in the form of two large, mobile water filtration devices.

“I have never seen one of these in action before, but hopefully we get to see it today,” Rylan Cauly said in late June. Cauly is a volunteer from the Paducah Dream Center, driving four hours to Louisville in a large freight van.

“I can only imagine how that can be a devastating, but that’s why we are here to provide some light and some hope in these situations,” Cauly said.

Mark Hogg is the founder and CEO of Water Step which deploys these filtration systems across the globe in developing nations or in times of crisis—after a natural disaster or in this case, during a water emergency like the residents of Marion are experiencing. 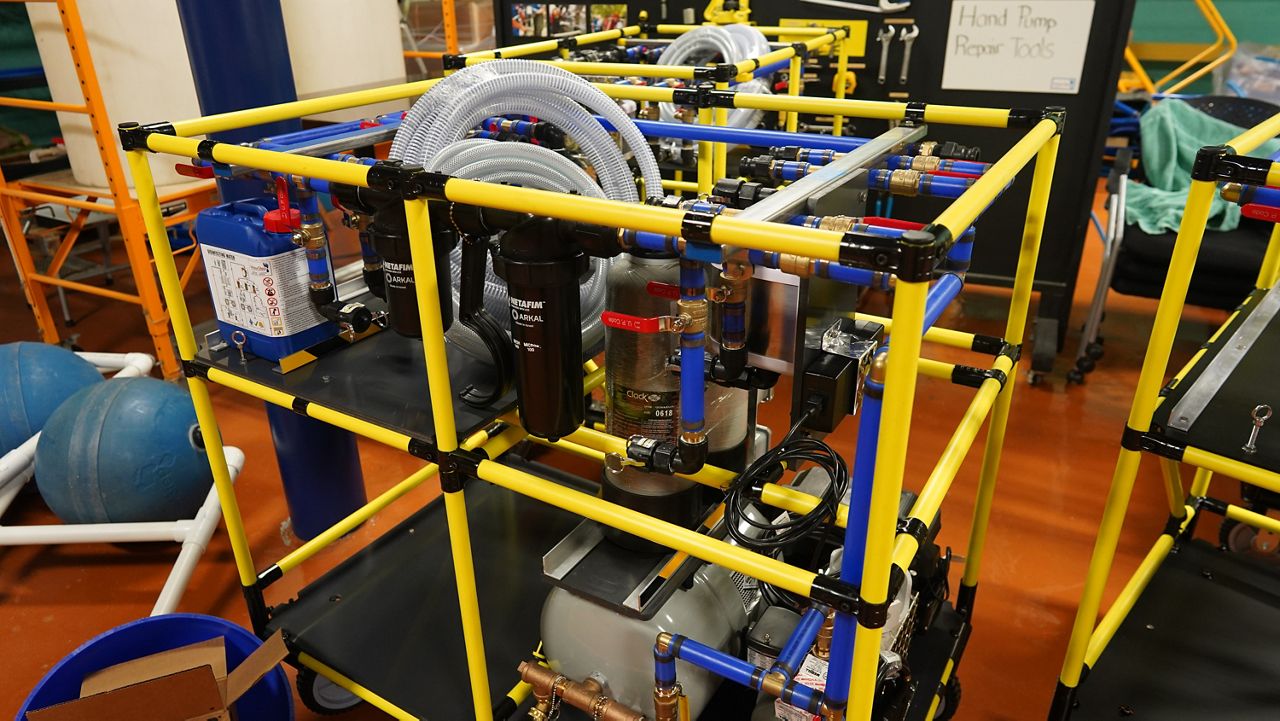 “That’s where the WOW Cart comes in is being able to allow a group of folks to provide a large amount, up to 10,000 gallons a day, a large amount of safe water,” Hogg explained.

Marion officials have asked residents to end nonessential water use. They have deployed the National Guard and residents are picking up rations of bottled water provided by the state.

The WOW Carts could be used at a medical center or group living space like a retirement community, where large amounts of water are essential.

“The bottled water is limited. It’s expensive, it’s difficult to distribute, so the WOW Cart brings us to a whole new level of response,” Hogg said.

The carts are also designed for fast setup and easy use. That means thousands of gallons of drinking water could flow on the same day the WOW Carts arrive.