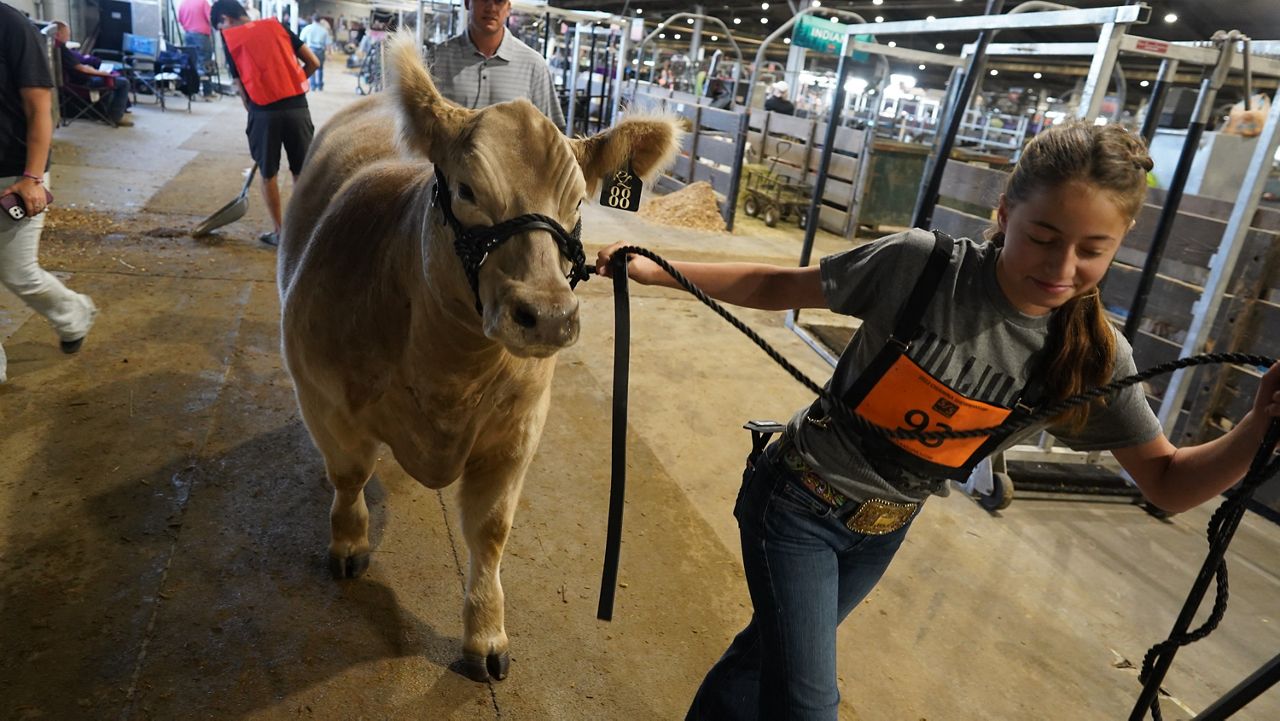 Kids and cows are keeping cool during Kentucky competition

LOUISVILLE, Ky. — Temperatures are hot, so this is how kids and cows are staying cool at the Kentucky Expo Center.

As we well know, the hot temperatures pose a threat to humans and livestock, and this week hundreds of kids and cows are competing at the National Junior Heifer Show at the Kentucky Exposition Center. The Expo Center might be the breeziest spot in town.

Lane Johnson does his best to talk over the hundreds of fans pushing air through the Expo’s West Wing.

“You bring your heifer up and you set her like this,” Johnson explains.

He’s already showed his Maine-Angus cow and is preparing for and aiming for a ribbon-earning performance.

“Then you circle her and make it wide,” Johnson demonstrates how he shows the stately and large beef cow. 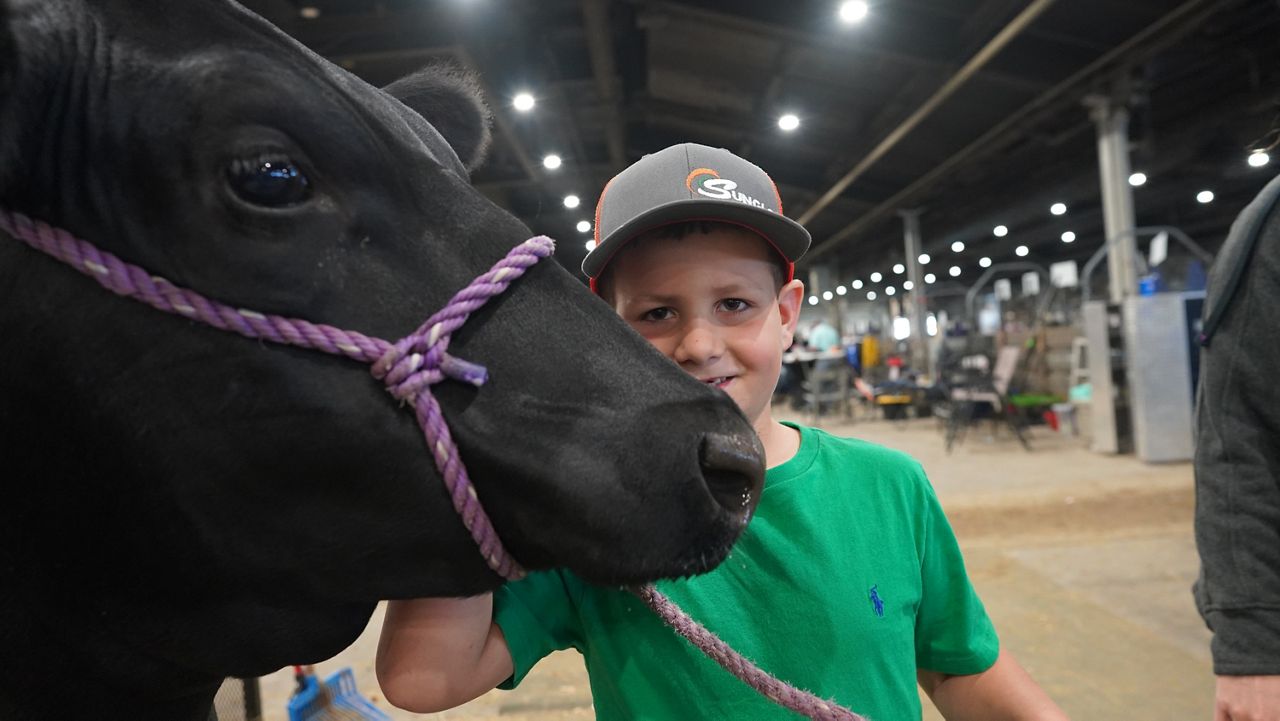 Johnson and his family are visiting Louisville from Maquoketa, Iowa. The young aggies are showing the best looking beef cattle in the country, so it’s paramount the animals stay cool and the only thing that might outnumber the kids or the cows is the number of fans set up and blowing throughout stalls.

“Where fortunate at this show there is air conditioning in the barn which that helps at like State Fair in Des Moines, Iowa we’ll put like a cooling sway on them,” TJ Goecke tells Spectrum News 1.

He’s another Iowan visiting and competing this week in Louisville. Goecke points out there’s another way the cattle beat the heat.

“Yeah, we put a lot of fans on them. We blow on them a lot and they get washed about 2, 3 times a day and that what helps them,” Goecke said.

There’s one or two cows getting washed up and hosed down in the large bay area where the cattle reenter the West Wing after showcasing in Broadbent Arena. So even with temperatures in the 90s on the outside, on the inside these cows are keeping nice and cool.