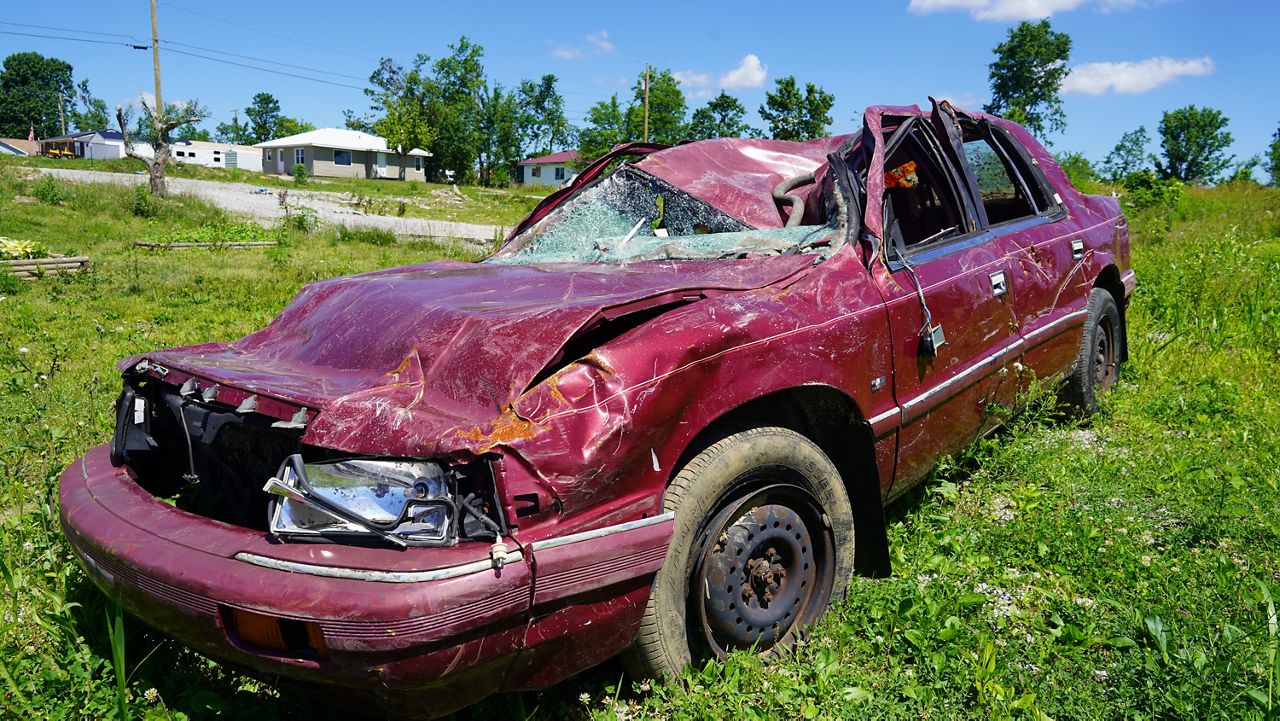 A tornado damaged car in Dawson Springs in June, six months after the storms roared through. (Spectrum News 1/Jonathon Gregg)

It’s been six months and counting since an EF-4  tornado devastated western Kentucky, including the towns of Mayfield and Dawson Springs. Thousands of homes were damaged or destroyed by winds that reached 180 miles per hour.

“It’s hard to look around and hardly see anything,” Judy Gregg (no relation) tells Spectrum News 1.

On this day, volunteers from Georgia are rebuilding Gregg’s roof.

“And you can see the house that we got now is where all the people are,” Gregg adds.

Except Gregg and her husband only recently purchased this home. On the night of December 10,2021, Gregg and her family huddled in the bathroom of their long-time home a few blocks away from where they live now. They were in the direct path of the EF-4 tornado. They were uninjured, but their home was destroyed and the family was stuck for hours.

“It was just… there was so much debris around our whole house that we couldn’t get out,” Gregg recalls. 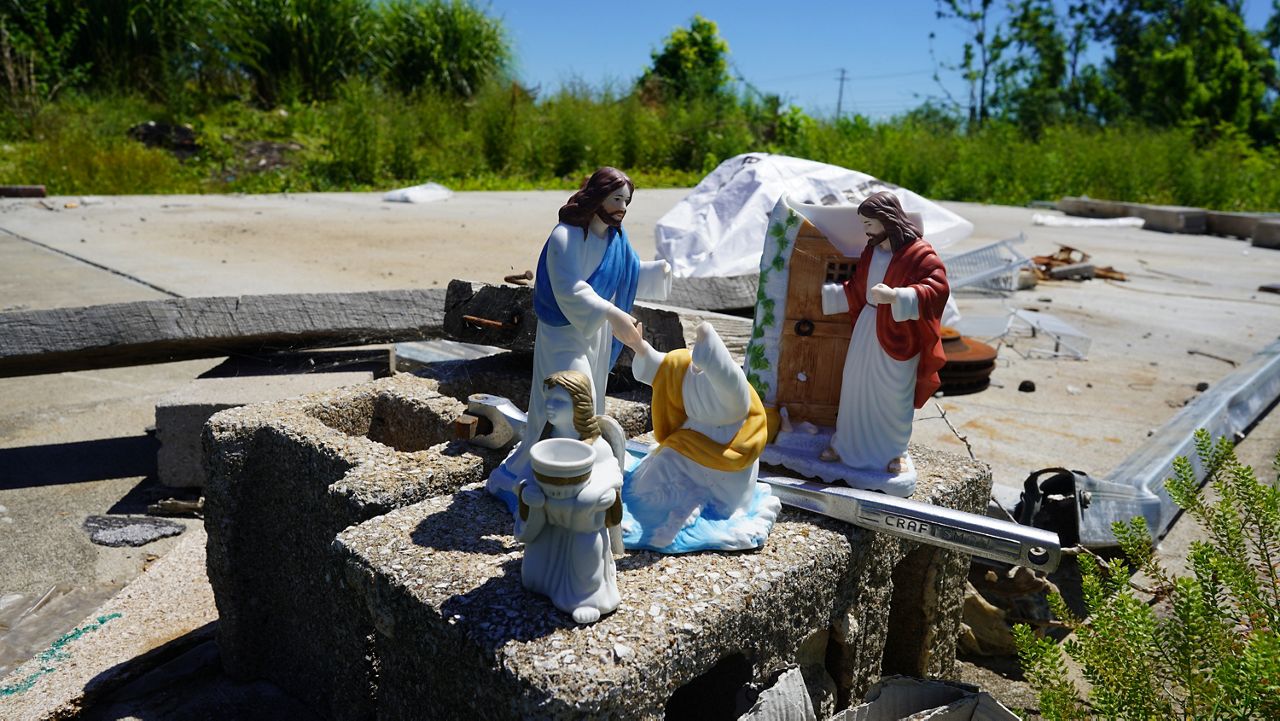 Hundreds of homes were damaged in a town of just 2,500. Six months later Gregg is one of the few in her neighborhood still here.

“It was depressing for a while.”

A quarter mile from Gregg’s home is where Jerry Bruce’s home used to be.

On the night of the storm, Bruce was working a night shift.

When the storm hit, his wife Tracy was at their daughter’s home, which wasn’t in the path of destruction.

“My brother called and said our parent’s house had been hit by a tornado and I left work and came home and found out that my house was gone too.”

Bruce’s mother-in-law lived across the street, her home was condemned because winds pushed it off the foundation and sadly the family lost an aunt in the storm.

“You just can’t comprehend it unless you see it in person,” Shelby Johnson tells Spectrum News 1.

Johnson is Bruce’s daughter. After the storm, mom and dad Tracy and Jerry Bruce moved in with their daughter. They hope to buy an existing home in Dawson Springs.

Even with all their loss, the Bruces say they are fortunate.