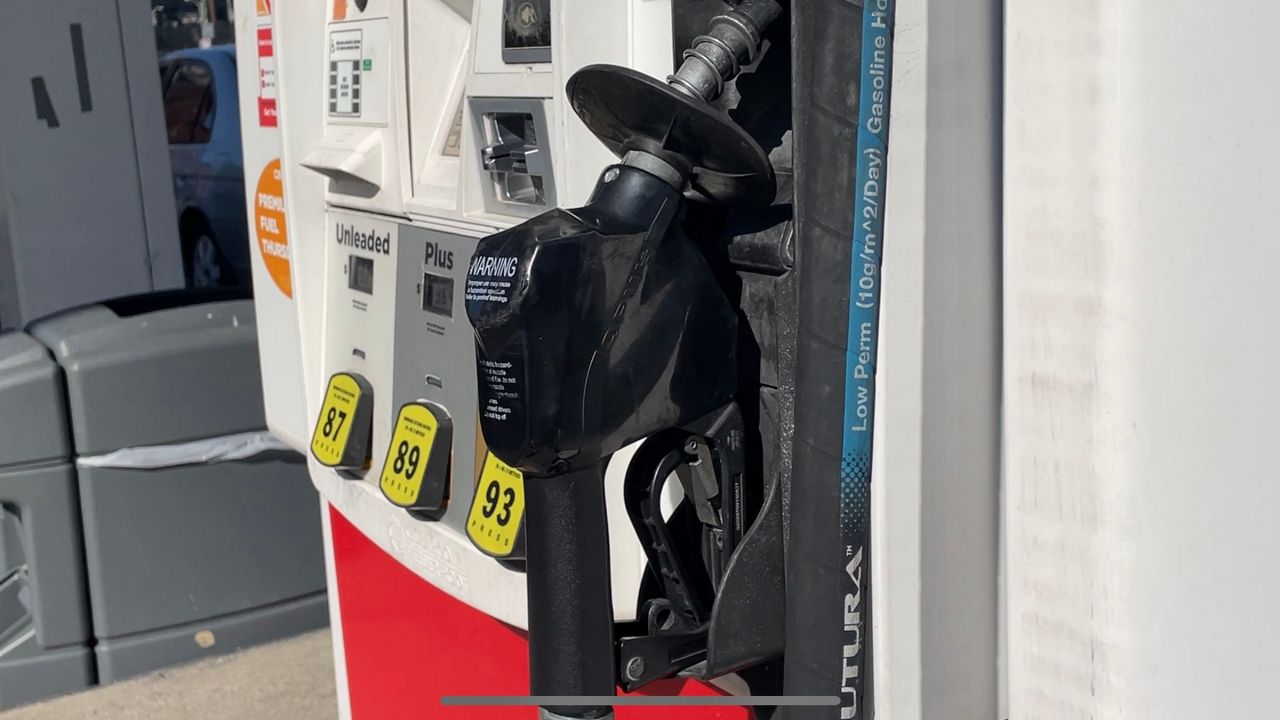 FRANKFORT, Ky. — With gas prices reaching historic levels, Gov. Andy Beshear filed an emergency regulation to freeze the state gas tax and to stop a 2-cent increase per gallon which would have taken effect July 1. The current rate will remain at 26 cents per gallon.

In a release sent to Spectrum News 1, Beshear said, “Kentuckians cannot afford to pay more, and I am committed to doing everything I can to help keep more dollars in people’s pockets. This law was never intended to hurt Kentuckians during tough times, but with rising prices and inflation, this increase would have a negative impact on our families, and it is time to take action.”

Beshear stopped the increase by asking the Department of Revenue to file the emergency regulation.

According to AAA, gas prices in Kentucky are averaging $4.56 per gallon, nationally that number is $4.72.

The money collected by the state gas tax goes to the Road fund, which, according to the governor’s office, is up 2.3% to date. His office says over the first seven months of the fiscal year, this move will reduce Road Fund revenues by 1.6%. Beshear says to make up for the lost funds, he will propose using money from the upcoming General Fund budget surplus.

“This action to provide relief to Kentuckians will have no material impact on the transportation budget and projects,” Kentucky Transportation Cabinet Secretary Jim Gray said. “All projects will move forward.”

Senate president Robert Stivers sent a statement to Spectrum News 1 with reaction to Beshear's announcement. He said, "While I support working with the governor to find a solution to address the exorbitant rise in fuel cost, I question the manner and process by which he is doing so. KRS 138.226 requires the Department of Revenue to administer the gas tax as prescribed by law; the governor cannot deviate from the tax amount determined by statute. It is not within the governor's purview to pick and choose which regulations he would like to enforce.

Not only is this action illegal, but it will only save residents 2-cents-per-gallon and with current prices in Kentucky reaching $5 per gallon, it will have little to no effect on what Kentuckians should expect to pay at the pump."

Beshear also sent a letter to Attorney General Daniel Cameron, asking Cameron his advice on whether the governor should declare a state of emergency to activate the price gouging statute.

This isn’t the first step the Gov. has taken to help consumers. In February, he stopped an increase in vehicle property taxes caused by rising car values.