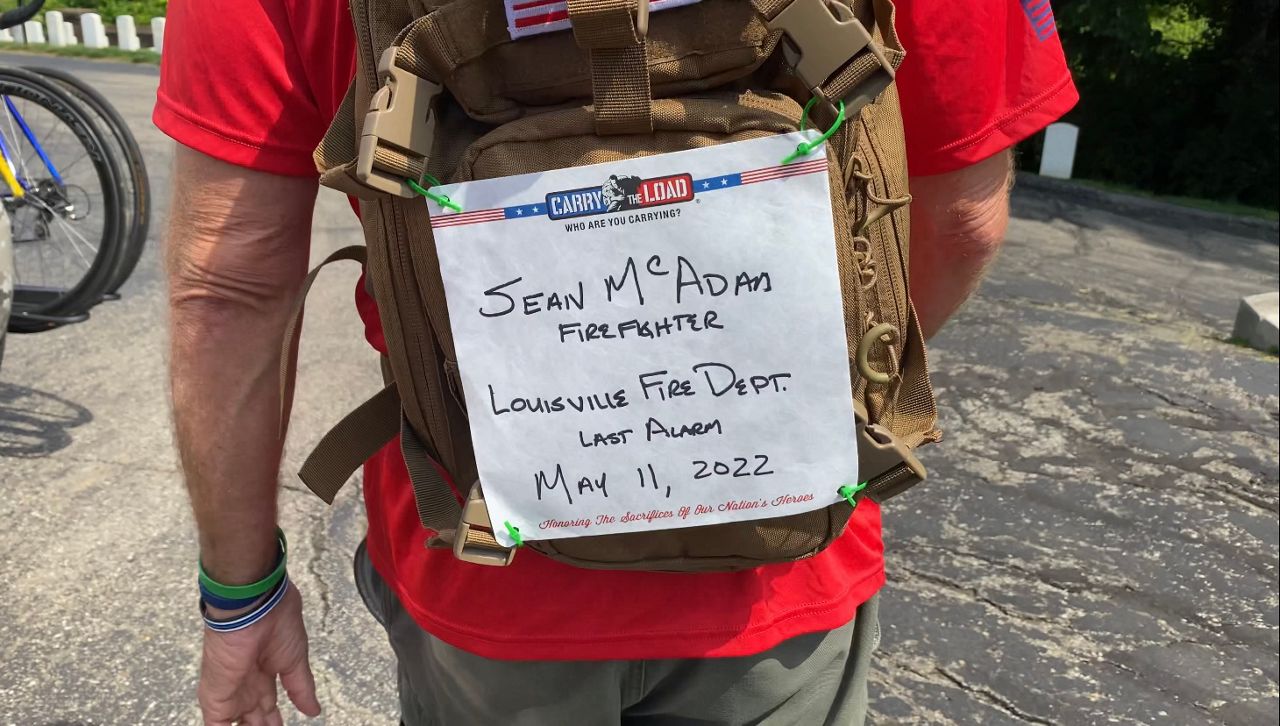 LOUISVILLE, Ky. — Together they are traveling thousands of miles across the country honoring men and women who have paid the ultimate sacrifice.

Set back in Cave Hill National Cemetery, Andy Medrano pays his respects and marvels at the solemn scene.

“Every time I come to a national cemetery I call them a garden of stone,” Medrano tells Spectrum News 1. “It’s a humbling experience to see all these heroes that have fallen before me and the footsteps that I’m walking in,” the Army veteran adds.

Medrano is not walking alone. He’s joined by fellow members of the nonprofit, “Carry the Load.” They are on a 24-day-mission from Minneapolis to Louisville with many stops between. Each night, they stay at a fire station. While in each city, they visit with local first responders and visit area memorials.

“Usually it’s a veterans’ memorial or something like that or museum and just honor our first responders,” Medrano adds. 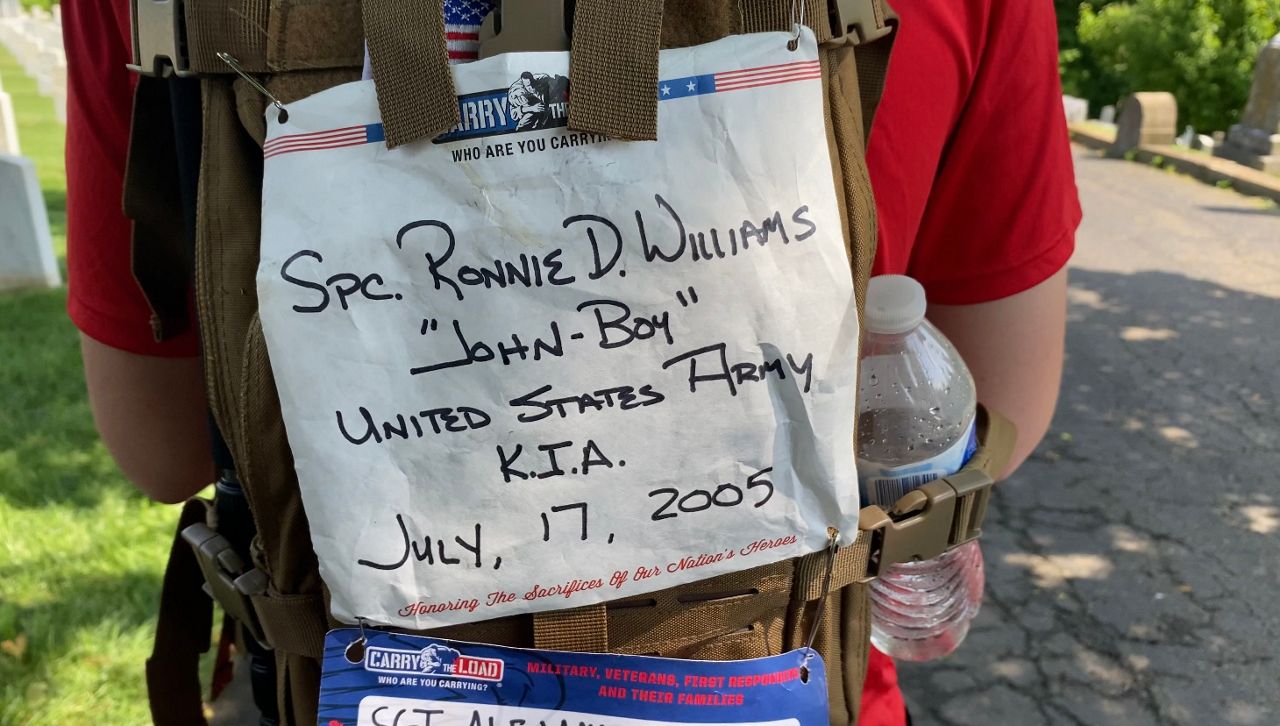 At each stop they quote, “carry the load” of a fallen first responder or service member from that city. They taped the names of the fallen to their ruck packs. While in Louisville Tom Wendling, a retired firefighter from Dallas, carries the name of fallen Louisville firefighter Sean McAdam who passed away on May 11.

“This is a small penance for my little bit of responsibility and my honor to be able to carry for him…. It’s a brotherhood and sisterhood. If I couldn’t do this for them, that would be a shame,” Wendling says. Other members of “Carry the Load,” are currently traveling the east coast and American west.

From Louisville, this group turns north toward Indianapolis.

“Yesterday I got the opportunity to ride 69 miles from Dayton down to Cincinnati. The whole way, I carried a firefighter on my back from there,” Wendling said.

Every day, they carry another name, carrying on the legacy of those who have given their all.

You can follower their journey by clicking HERE.