Flowers are placed around a welcome sign outside Robb Elementary School in Uvalde, Texas, Wednesday, May 25, 2022, to honor the victims killed in Tuesday's shooting at the school. (AP Photo/Jae C. Hong)

From Scotland to Australia: How other countries have responded to mass shootings

NATIONWIDE — An 18-year-old gunman is accused of killing 19 children and two teachers this week at an elementary school in Uvalde, Texas. It’s the latest addition to the series of mass shootings at churches, schools and public spaces in the U.S. over the past few decades.

While President Joe Biden said “we have to act” in the wake of the Uvalde shooting, substantial gun violence legislation has long been blocked by Republicans, often with a handful of conservative Democrats.

Despite a recent poll showing that majority of Americans support Congressional action on gun rights legislation (though the poll was conducted prior to the shooting in Texas), laws fail to pass time and time again in the United States.

It’s a quandary unique to the United States. When other countries have been rocked by a mass shooting in the past, their governments took swift, targeted action—largely leading to tangible results.

A lone gunman drove to Dunblane Primary School on the morning of March 13, 1996, carrying four handguns and 743 rounds of ammunition. Sporting shooting earmuffs, he entered the school and opened fire on a gym class. He killed 16 children and their teacher before taking his own life.

The attack unfolded in less than five minutes and a clear motive was never established. Fifteen children were wounded but survived their injuries. 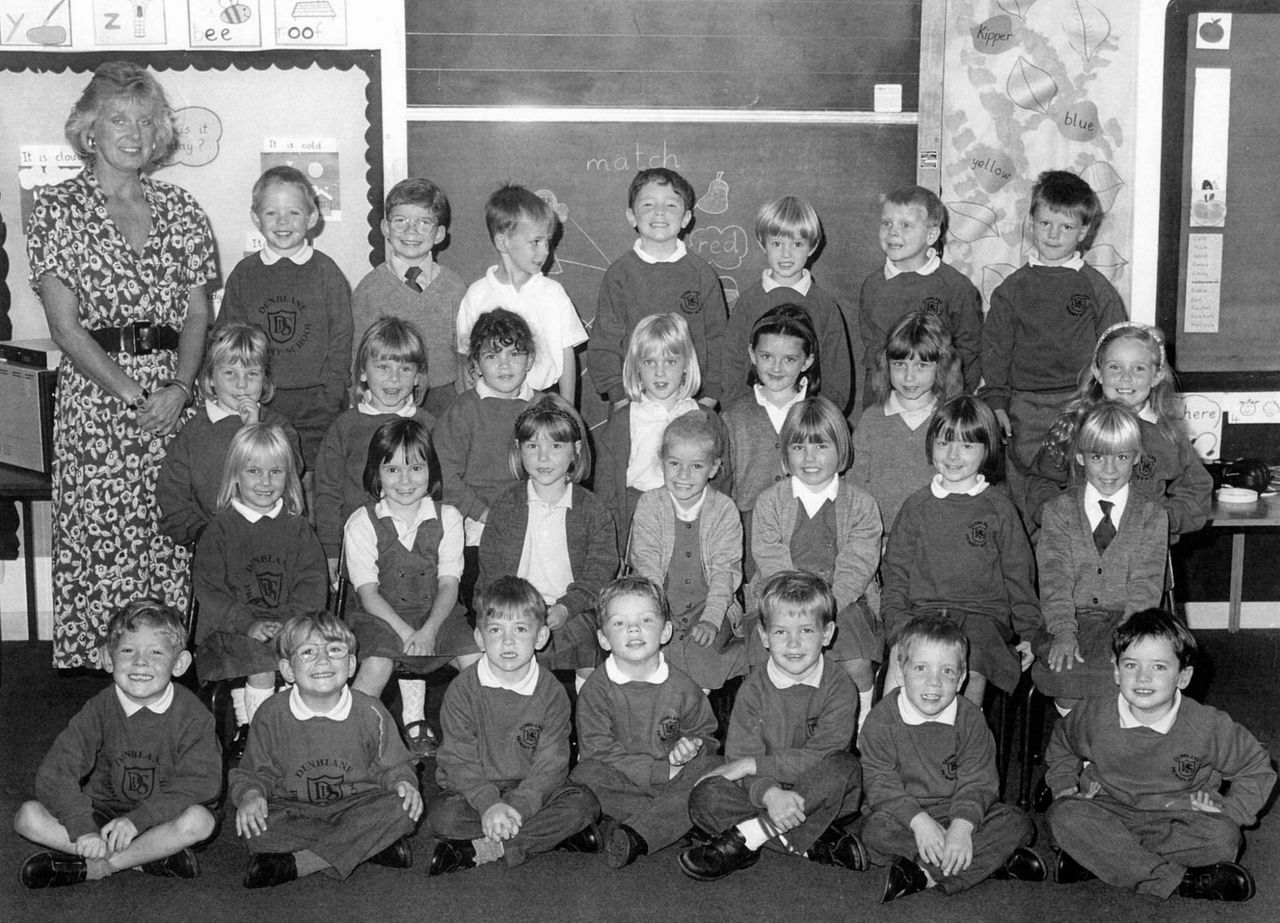 This undated file photo shows the class of Dunblane Primary School, Scotland, and their teacher, Gwen Mayor. On March 13, 1996, 16 children and Mayor were killed when a lone gunman entered the school and opened fire with four handguns before finally killing himself. (AP Photo)

In the aftermath, Dunblane residents made a marked push for changes to British gun laws. A petition campaign garnered over 750,000 signatures and two national newspapers printed a letter written by one victim’s mother.

Change came in Feb. 1997 when Parliament passed a law banning private ownership of most handguns, a strict leap from the ban on semi-automatic rifles and shotguns passed after the Hungerford massacre in 1987.

Parliament extended the handgun ban to all handguns in Nov. 1997. Security rules on gun clubs were also tightened.

What was the result? While the precise efficacy of the reforms is up for debate, there’s been just one mass shooting in the U.K. since 1997.

The killer, who was intellectually disabled, pulled an AR-15 out of his duffle bag and opened fire, killing 20 people within two minutes. He was sentenced to 35 life terms in prison. 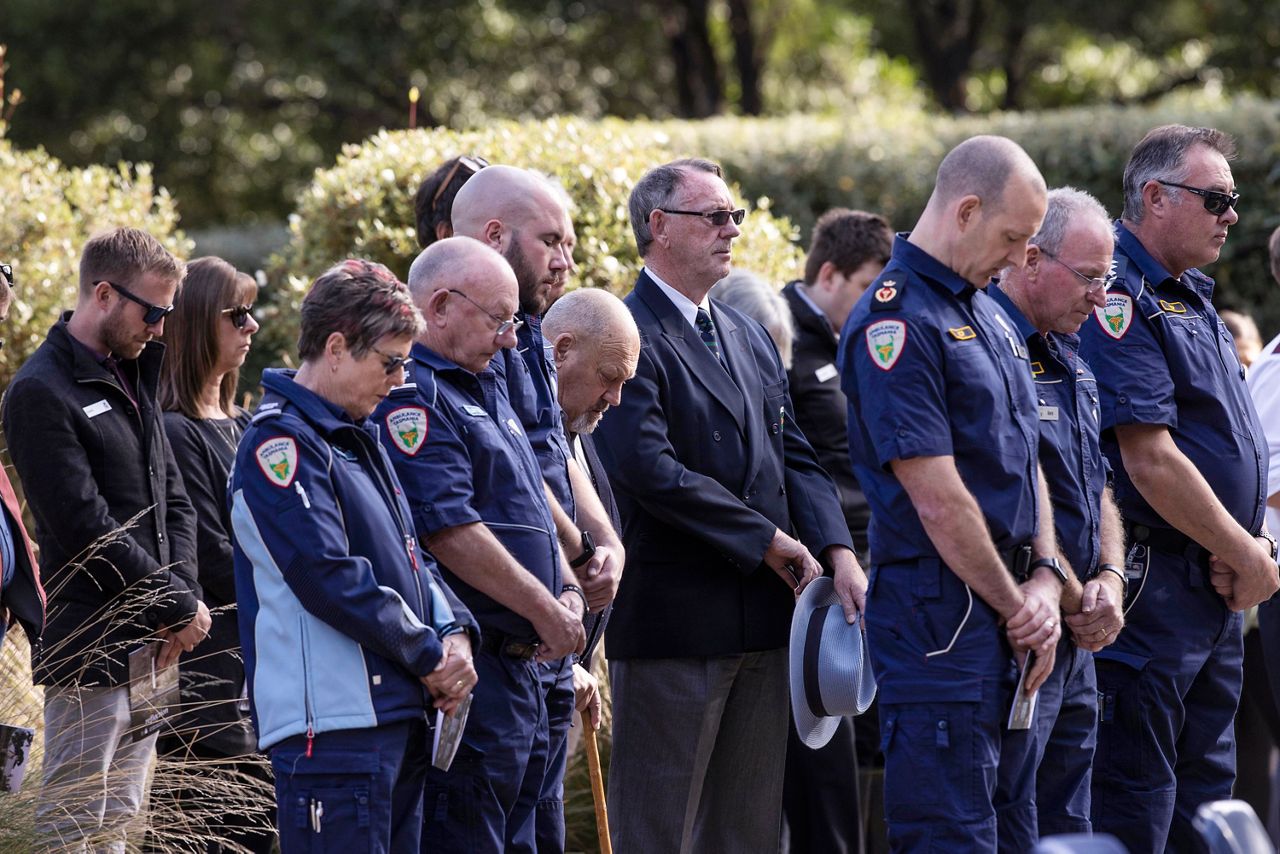 People bow their heads during a ceremony at Port Arthur Wednesday, April 28, 2021, as Australia marks the 25th anniversary of a lone gunman killing 35 people in Tasmania state in a massacre that galvanized the nation into tightening gun laws. (Luke Bowden/Pool via AP)

The government also launched a gun buyback program, which saw the surrender of 700,000 firearms from civilians.

The measures drew pointed criticism from gun rights advocates, but gun-related deaths—both murders and suicides—dropped drastically‌. Deaths linked to guns were on a slight decline before the NFA went into effect.

There have been no mass shootings in the years since Port Arthur. Australia saw an annual rate of gun deaths per capita of 0.9 in 2019.

A gunman targeted two mosques in Christchurch on March 15, 2019, killing 51 worshippers while broadcasting his slaughter on Facebook for 17 minutes.

The killer pleaded guilty to 51 counts of murder, 40 counts of attempted murder and one count of terrorism. He was sentenced to life in prison without the possibility of parole. 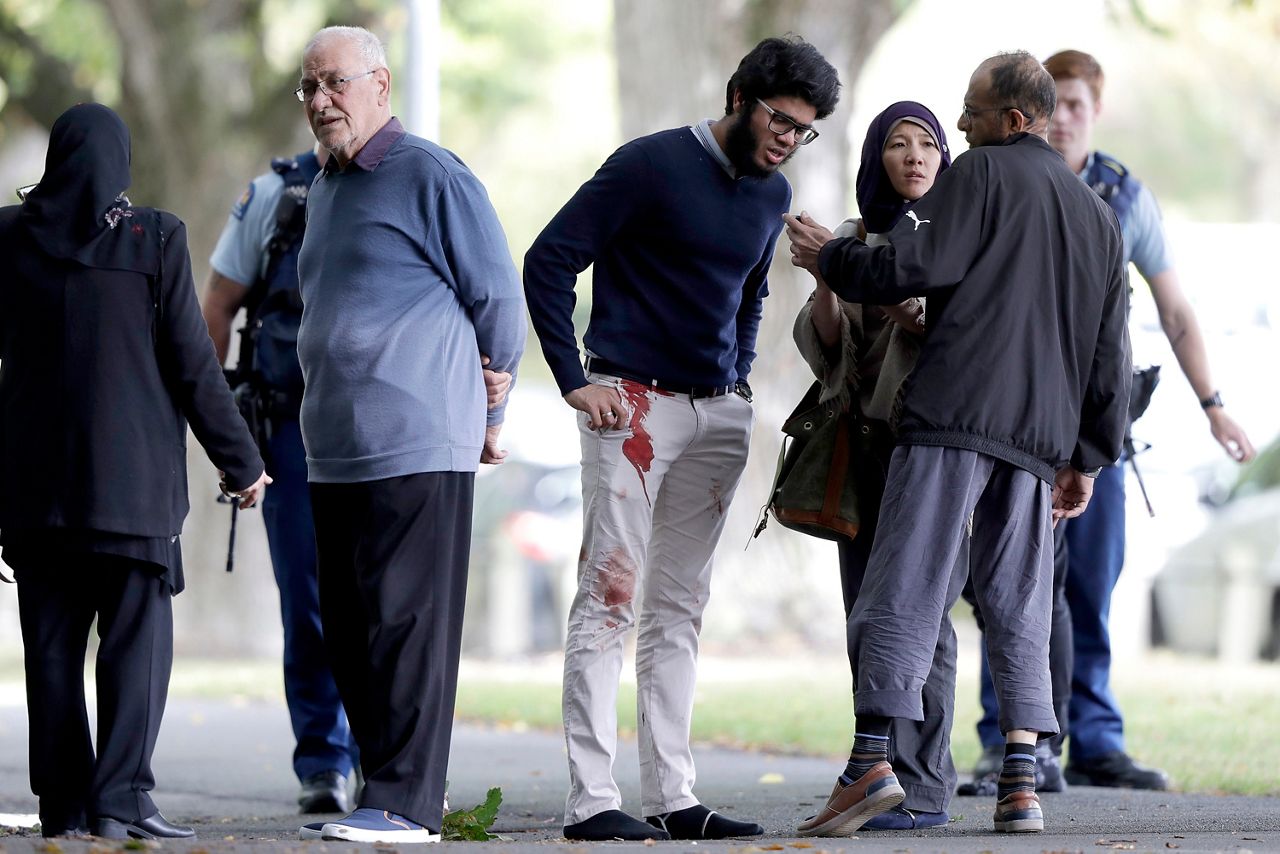 Wounds from New Zealand’s massacre were reopened in May after the alleged shooter of a Buffalo grocery store wrote that the Christchurch gunman heavily influenced him, and allegedly planned his attack on the three-year anniversary of Christchurch.

At the time of the shooting, New Zealand required all gun owners to hold a license, but most weapons didn’t have to be individually registered.

New Zealand passed a sweeping ban on most semi-automatic weapons in a matter of months. That law took effect in Dec. 2019 and a buyback program began in July.

Around 56,000 guns were surrendered by the end of December, but the country’s lack of a gun registry led to mountains of criticism. In an independent report commissioned by the government, KPMG estimated the number of guns in circulation that would now be banned is between 56,000 and 173,000.

The country passed additional firearm licensing and vetting rules in late 2021, and lawmakers hope to have a gun registry up and running by June 2023, according to Inside Government NZ.

Tuesday’s massacre in Uvalde was the deadliest shooting at a U.S. school since a gunman killed 20 children and six adults at Sandy Hook Elementary in Newtown, Connecticut, in Dec. 2012.

Whether U.S. lawmakers will find common ground to address the tragedy is still up in the air.