The root of the ginseng plant has long been sought after for its value and medicinal purposes. Although becoming more scarce, it is plentiful in Appalachian Kentucky. (Kentucky Department of Agriculture)

LEXINGTON, Ky. – The people of Appalachia are known to be resourceful, oftentimes by necessity. The rugged, rural and mountainous terrain surrounding many Appalachian towns –  like most in eastern Kentucky – make treks in and out of these hamlets more difficult.


But as long as there have been people nestled in these hollows, there has been a need for medicine, and that need created an unbreakable bond that still exists today between the people of Appalachia and medicinal roots and herbs, such as ginseng.

How it all began

Ginseng is a root that has been used in traditional medicine for centuries but has not received approval by the Food and Drug Administration (FDA) as a prescription drug. It is commonly sold as a dietary supplement.

One of the first written texts covering the use of ginseng as a medicinal herb was the Shen Nong Pharmacopoeia, written in China in 196 A.D. In his Compendium of Materia Medica herbal of 1596, Li Shizhen described ginseng as a “superior tonic” used by patients with chronic illnesses.

According to his book “Ginseng Diggers: A History of Root and Herb Gathering in Appalachia,” author and Dalton State University history professor Luke Manget, Ph.D., traced the Appalachian people’s obsession with ginseng and other roots and herbs back to 1848 when a Wilkesboro, N.C., merchant named Calvin J. Cowles opened a store that ultimately launched a new type of industry in the mountain South.

“Aware that budding drug manufacturers nationwide were demanding so-called ‘crude botanicals’ — that is, raw, unprocessed medicinal plants — Cowles created a supply chain that extended deep into the forests of the Blue Ridge,” Manget said. “He distributed flyers to country stores in Ashe, Watauga, Yancey, Caldwell and Wilkes counties that listed some two-dozen plants and the prices he was willing to pay for them.”

In his book, Manget wrote that rural communities responded by bringing in ginseng, mayapple, bloodroot, wild ginger, lobelia and other medicinal plants. Once or twice a season, local storekeepers exchanged these roots and herbs for goods Cowles bought from northern commission merchants, and the storekeepers hauled their goods back up the mountain to start the bartering cycle again.

According to Magnet, this bartering system was the beginning of an industry that would later be credited for creating a drug scourge that continues taking a toll on the Appalachian people. 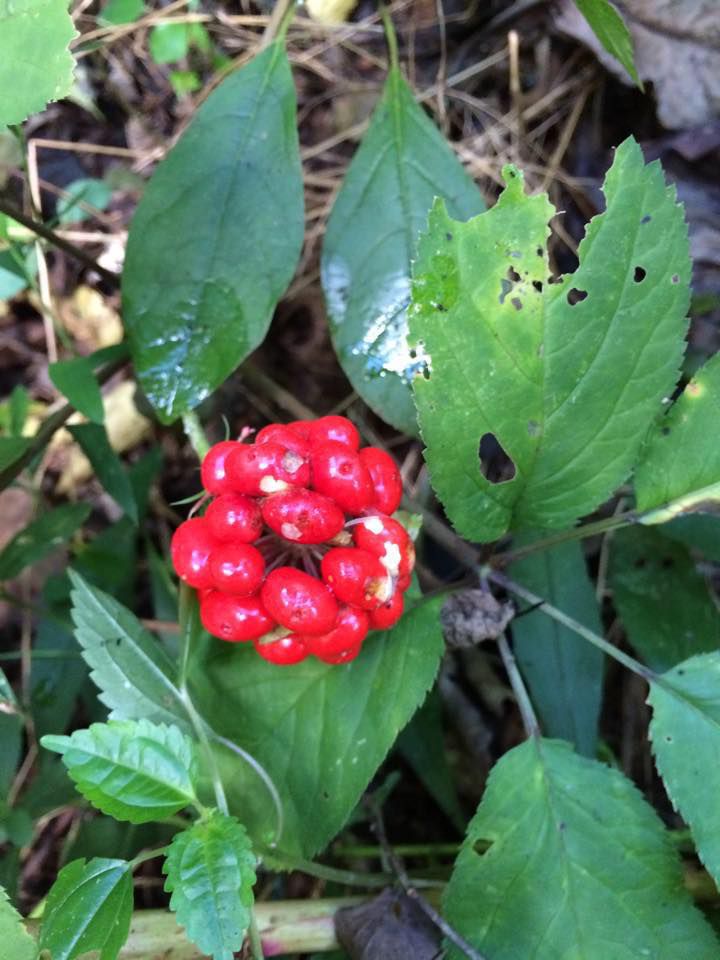 The ginseng plant is recognizable by the cluster of red berries. (Kentucky Department of Agriculture)

More than a century before companies such as Purdue Pharma, the manufacturer of OxyContin, began saturating Appalachian communities with opioids, giant pharmaceutical companies had a very different relationship to the mountain region, Magnet said. His years of research into business records and country store ledgers revealed Appalachian root diggers and herb gatherers played a role in launching the modern pharmaceutical industry.

Magnet wrote Cowles shipped the crude botanicals he acquired from the diggers and gatherers to some pioneers in drug manufacturing, including the Shaker Communities in New York and Massachusetts, Tilden & Co. of New Lebanon, New York, William S. Merrell of Cincinnati and B. Keith & Co of New York City, among others.

“At this point, the pharmaceutical industry was in its infancy,” Magnet said. “Therapeutics in the United States had long been dominated by European-trained physicians dedicated to humoral theory and the practices of purging, bloodletting and mercury treatment. What plants that were used in medical therapy were imported from Europe and compounded into medicines by physicians themselves.”

The industry changed significantly during the Civil War when small-time manufacturers evolved into large corporations such as Parke, Davis, and Co., and Ely Lilly.

“An emerging ‘botanico-medical’ movement, led by a group of physicians who called themselves Eclectics, began pushing these drug-makers to use more plants — and, specifically, indigenous American plants — in their tinctures, extracts, teas, salves and balms for distribution to stores and physicians,” Magnet said. “A large market opened for a steady supply of crude botanicals, and Appalachian entrepreneurs, like Cowles, stepped in to supply it.” 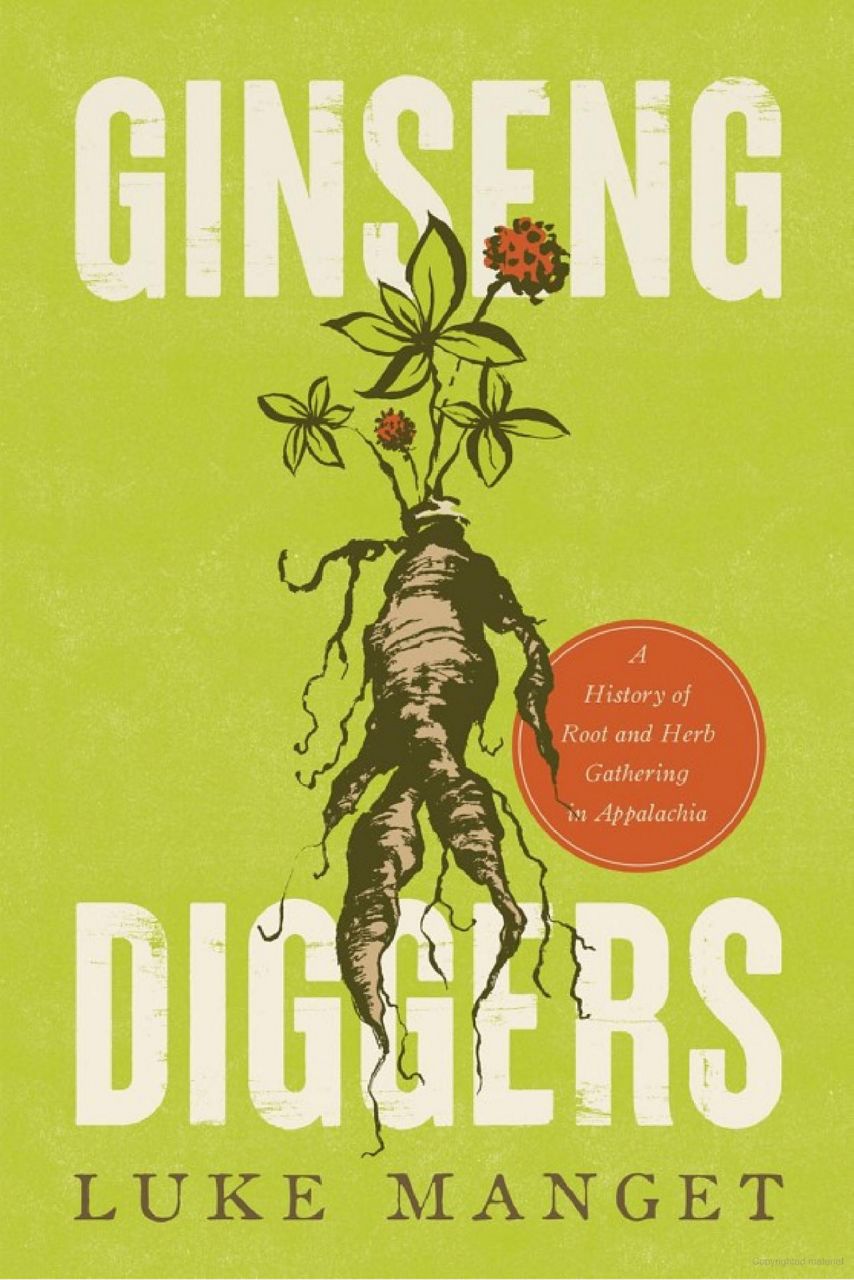 "Ginseng Diggers" by Dalton State University professor Luke Manget explores the history of ginseng in Appalachia and how it led to the presence of Big Pharma. (University of Kentucky Press)

According to his book, Magnet said the Statesville, North Carolina-based Wallace Brothers brought the trade to new heights in the 1880s. Widely considered the largest wholesale crude botanical supplier in the United States, if not the world, the Wallace Brothers extended the trade deeper into the mountains.

“Near the height of their influence, the Wallaces bought and sold more than 1 million pounds annually to some of the largest pharmaceutical companies and patent medicine makers in the United States and the world, raking in $100,000-300,000 ($2.2 to $7.5 million today) annually,” he said. “While they were the largest, they were far from the only supplier in the region.”

Magnet said at the turn of the century, dozens of other entrepreneurs from the northwestern North Carolina mountains opened their own firms and expanded their operations into eastern Kentucky, western Virginia and West Virginia. According to his book, Magnet said wagons loaded with roots and herbs lined up at rural collection points, as harvesters waited to unload their haul into cotton baling machines. A traveler passing through might mistake the bales of roots and herbs piled high around these warehouses for cotton. By 1920, at least one observer estimated that 75% of the world’s supply of native North American medicinal plants came from southern Appalachia. But why?

“First, the southern Appalachian region was, and is, one of the most florally diverse temperate forests in the world,” Magnet said. “Due to the existence of a wide variety of microhabitats and the fact that the region escaped glaciation during the last Ice Age, Appalachia contains thousands of different species of plants. In half a day’s rambling, a keen harvester could find dozens of different marketable plants.”

Another reason was the need for income. Magnet said people desperately needed money after the Civil War because the livestock industry was suffering, crop prices dropped significantly and farms were abandoned.

“Mountain communities readily turned to digging ginseng and any other roots on the price lists posted at the local store to purchase anything from coffee and sugar to clothes, plow points and fishhooks,” he said. “Some used roots and herbs to buy flour, corn and bacon. Some used them to pay taxes, or buy school books. Indeed, roots and herbs helped grease the economic wheels in a region that struggled for traction.”

Magnet said that perhaps the most important reason Appalachia became central to the botanical drug trade was because of the common culture of the inhabitants.

“The custom of treating unimproved land as a de facto commons ensured that all members of a community had access to the forested mountainsides to hunt, fish and forage,” he said. “It served as something of a social safety net, providing access to resources when times were hard.”

Magnet claims in his book the same general factors that contributed to the decline of the botanical drug trade paved the way for the opioid crisis because medical science and the pharmaceutical industry moved almost entirely away from botanical pharmacy after World War II.

“Medical schools stopped teaching medical botany, and new synthetic drugs, including opioids such as oxycodone and Vicodin, dominated production,” he said. “Mountain communities themselves increasingly turned away from plant-based therapy in favor of modern pharmaceuticals. Moreover, the decline of certain plant species, such as ginseng, and the fragmentation of the de facto commons further reduced the role that root digging once played in mountain communities.”

This is the first of a two-part series of articles about ginseng and other roots and herbs, and their history and connection with Appalachia.