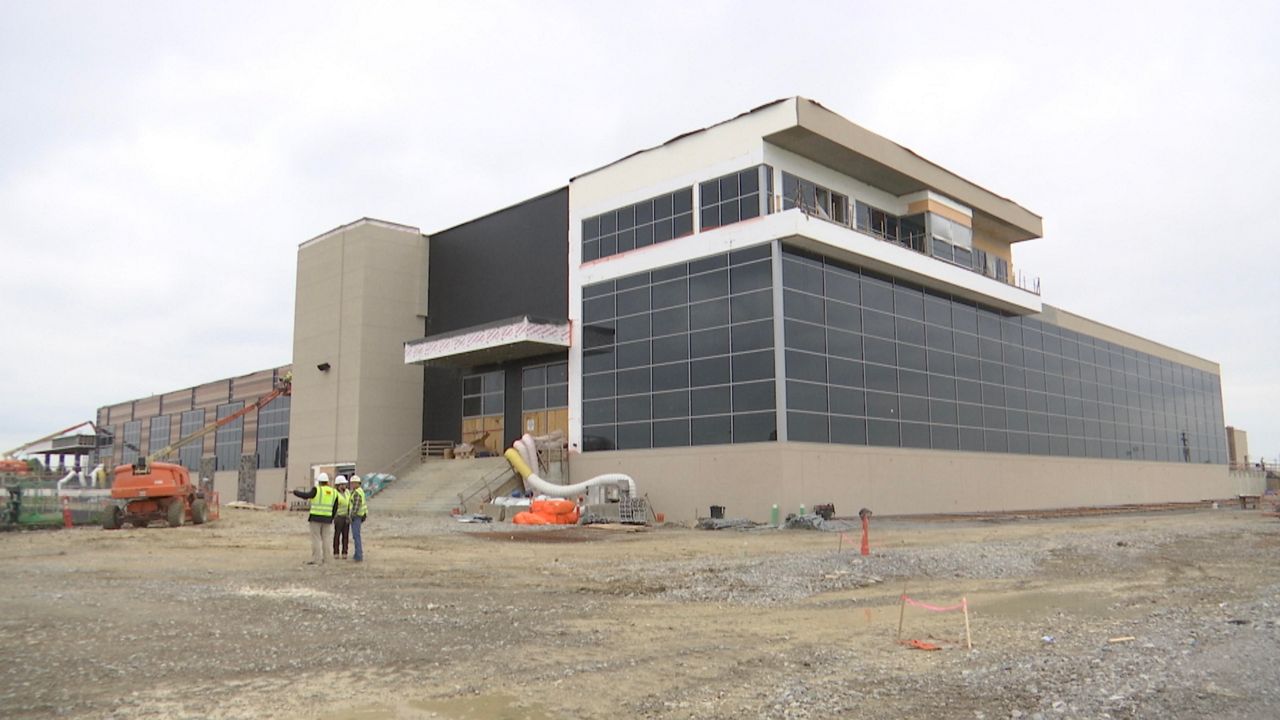 FLORENCE, Ky. — Kentucky horse racing hype is at its peak around Kentucky Derby time, but many people in northern Kentucky have been wondering when they will play games and watch races at the region’s newest state-of-the-art facility.

Turfway Park is a track full of history and also looks to be the future of racing in the northern part of the state.

The park’s new facility has come a long way since a ceremony in September 2021, when the last steel beam was lifted to the top of what was then just a skeleton structure. Now there are walls, a roof and a sharper view of what the facility will look like when it opens to guests Sept. 1, 2022. 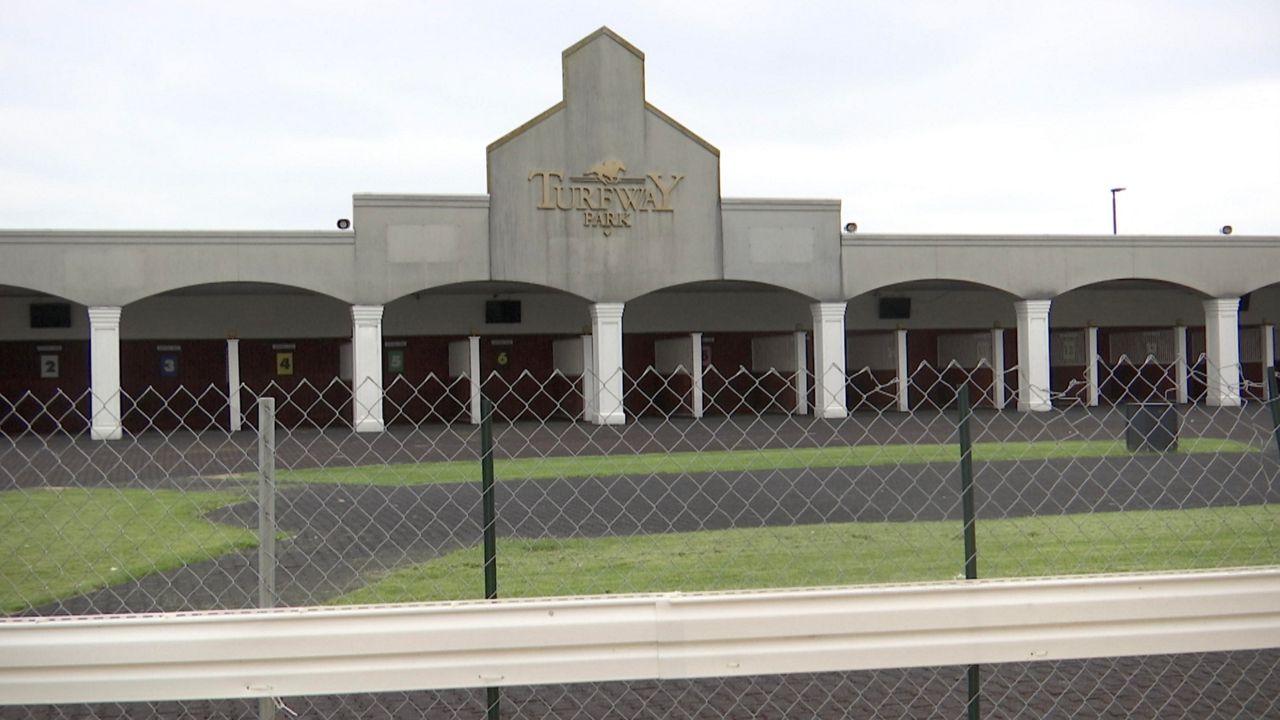 General Manager Chip Bach said when fans are able to return to Turfway Park to watch live racing, they’ll see a product that has grown by leaps and bounds (Spectrum News 1/Sam Knef)

While it wasn’t quite ready for the Kentucky Derby, the finish line is now just around the corner, to the delight of racing and gaming fans like Robin Bradford.

Bradford makes the occasional trip over to Newport Racing and Gaming, the other Churchill Downs-owned gaming facility in the region. She said while northern Kentucky is not quite the epicenter for racing and gaming in the state; it has a healthy appetite for everything Turfway Park will offer.

“Louisville is obviously number one to everybody. But up here, you’d be surprised. Up here is a good place,” Bradford said. “I do it every year. Once a year, I bet on at least one horse.”

For a long time, people have been questioning the future of Turfway Park, which opened in 1959 as the Latonia Race Course in Florence. That even included General Manager Chip Bach.

Bach said stakeholders expected they were years away from legislation that would allow gaming to occur in northern Kentucky. That did not turn out to be the case.

Churchill Downs buying the property in 2019, followed by Kentucky legalizing historical horse racing machines in 2021, made the future a lot more clear. 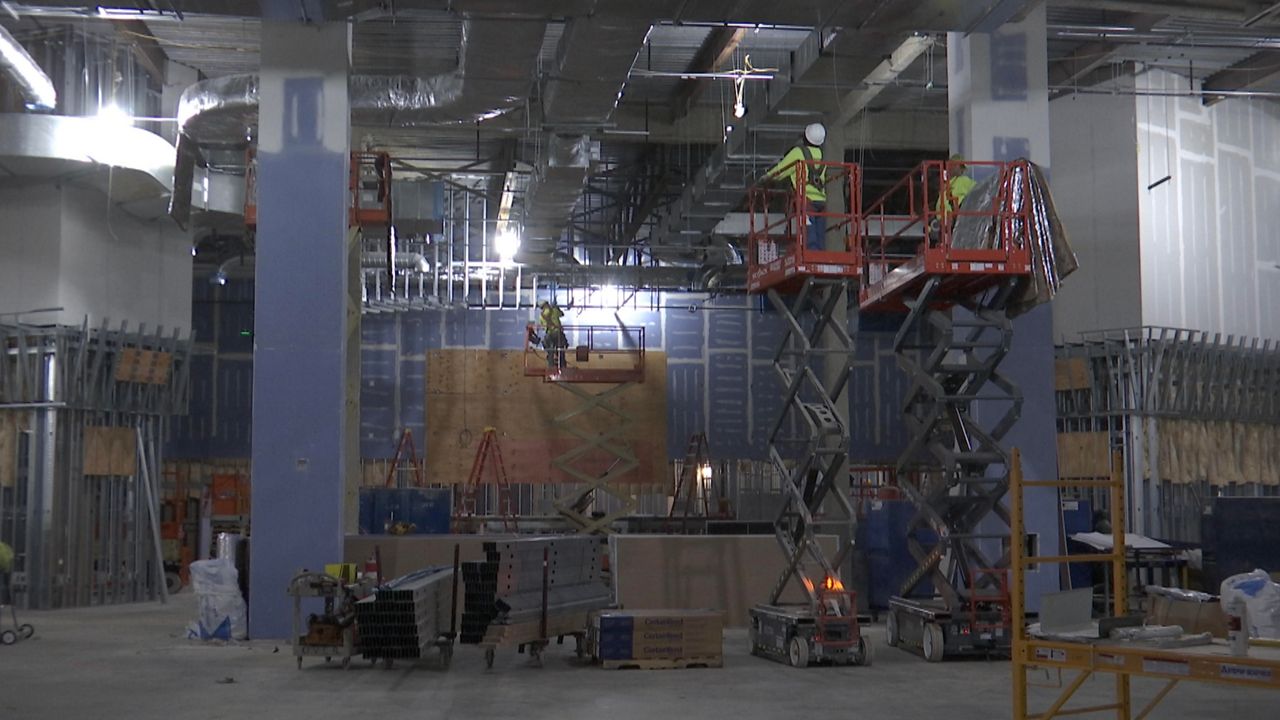 “The people that play those games love them. We’re seeing Newport grow by leaps and bounds. And we just know with the amenities we’ll have here at Turfway Park, it’s going to be a great gaming location,” Bach said.

Live racing has continued at Turfway throughout the past few years, despite construction and the COVID-19 pandemic. There just has been no one there to watch it, besides a select few.

“It’s just kind of me, the jockeys, the trainers and a few owners,” Bach said.

That will also change starting in late November, as guests will return for live races, which will run through the end of March 2023.

Bach said they’ll see a product that, like historical horse racing games, has also grown by leaps and bounds.

“When we start again in December, they’re going to see a whole different product, and it’ll allow Turfway to uphold the Kentucky brand in a much better way,” Bach said.

He said even without fans in attendance, Turfway Park’s handle, which is the amount of money bet on races there, has grown by 34 %.

While “Tiz the Bomb,” winner of the Jeff Ruby Stakes at Turfway would have run at the Kentucky Derby, there was no room for Derby festivities among the ongoing construction at Turfway in 2022. 2023, however, will be a different story, Bach said.

“This place will be crazy a year from now at Derby time,” he said.

The $150 million project will offer the largest simulcast area in Kentucky, and offer people like Bradford a chance to have some fun while also possibly walking away with a few extra dollars.

“I usually win at least 60, 70 bucks just by betting on one or two horses,” she said. “I’m looking forward to it just as well as everybody else is.”

Horse racing is a big piece of Kentucky’s economy. Gov. Andy Beshear said the industry brings in $3.4 billion each year on its own.