Masks will not be required at the 148th Kentucky Derby this weekend. (File photo)

What to expect for the first post-COVID Derby, at the track and beyond

LOUISVILLE, Ky — The 146th Kentucky Derby was run in September 2020 without the rowdy crowd that typically fills Churchill Downs on the first Saturday in May. The 147th Kentucky Derby saw a reduced crowd size and requests, many of which were ignored, for attendees to wear face coverings.

After two straight years affected by the pandemic, the 148th Kentucky Derby will be back to normal on May 7.

“It is really great to see the Derby festivities and energy return to its traditional frenzy,” Churchill Downs CEO Bill Carstanjen said in an earnings call this week. “The energy and excitement is back.”

Soon, the people will be too. Unlike the 146th Derby, which had no fans, and the 147th, which saw roughly a third of the typical crowd, the 148th Derby is operating without capacity limits. That means over 150,000 people will pack into Churchill Downs for the first time since 150,729 people watched Country House win the race via disqualification in 2019. 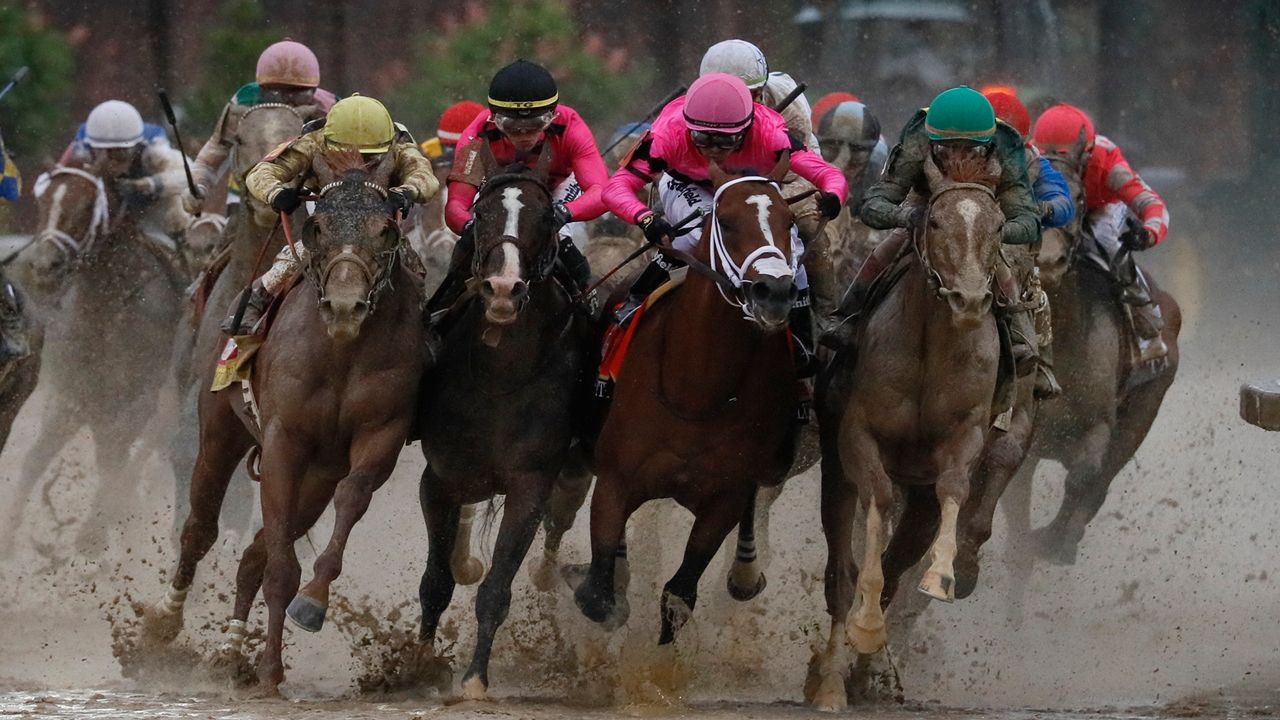 Even though the COVID precautions are gone, some changes made for the two pandemic Derbys will remain in place this year. That includes the continued use of all-inclusive food and beverage packages, which were implemented to reduce physical contact because of COVID concerns. According to Churchill Downs, the all-inclusive option improves the race day experience by “reducing the amount of time spent in line [and] eliminating the need to carry extra cash for food and beverages.”

Another holdover from last year’s Derby will be the pressure washing drones used to sanitize exterior seating at Churchill Downs. The drones debuted last year and the company that makes them, Pittsburgh-based AERAS, took credit for the event resulting in fewer than 10 COVID cases.

Beyond the food and drink changes for those in reserve seats, and restrictions for those in the infield, this year’s Derby is likely to resemble those that came before COVID.

That’s good news for race fans and great news for businesses around the city that rely on the Derby boom that hits Louisville each spring.

After two years of COVID-restricted Kentucky Derby’s, businesses in Louisville and the surrounding region prepare for a return to normalcy during this year’s Run for the Roses, and that translates to a massive economic impact.

The 146th Kentucky Derby in 2020 took place in September during the height of the COVID-19 pandemic and while throngs of people protesting the shooting death of Breonna Taylor gathered outside Churchill Downs. That year’s race did not have spectators. 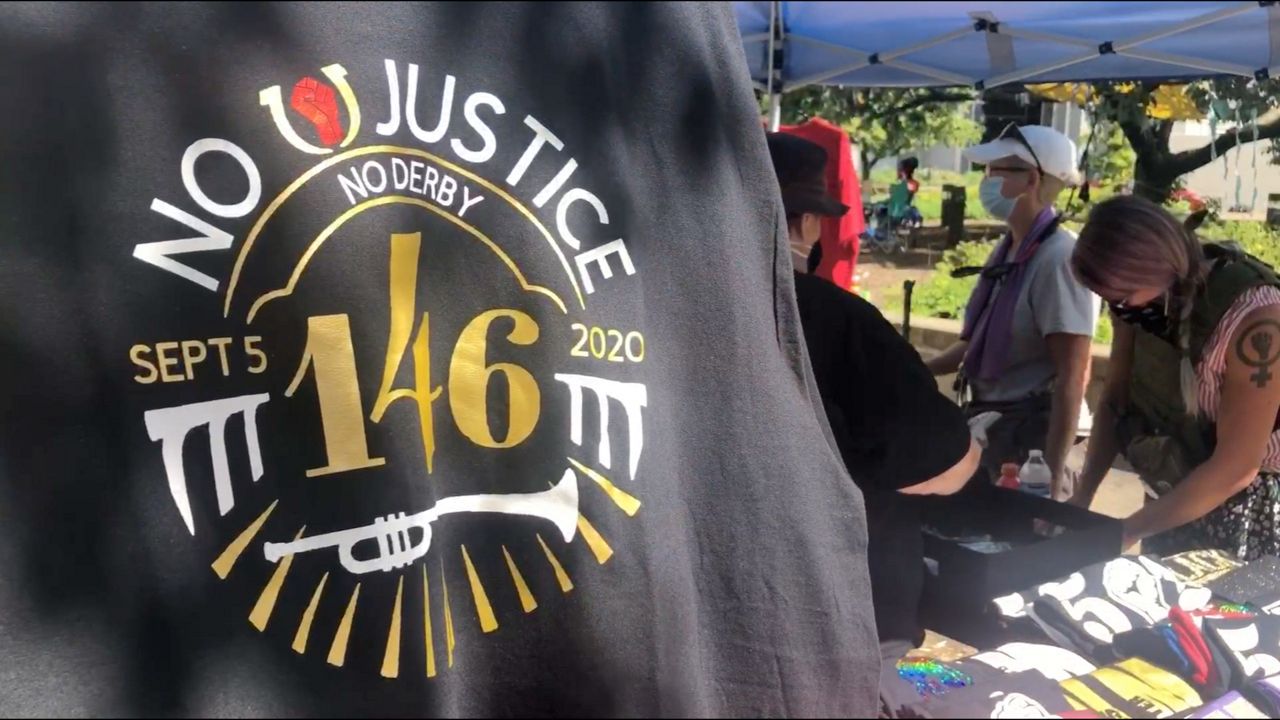 Protests were held outside Churchill Downs on September 4, 2020 when the Derby was run without spectators (Spectrum News 1)

The 147th Derby in 2021 took place as usual on the first Saturday in May, but with reduced capacity and mask requirements. The 2022 Derby will be a return to the normal, which last took place in 2019 and brought nearly 300,000 people to Louisville and the surrounding region and has an estimated economic impact (EEI) of roughly $400 million.

Rosanne Mastin, marketing communications manager for Louisville Tourism, said the most concise thing to say is that the impact the whole of the Kentucky Derby season has on Louisville solidifies its ranking as the top tourism driver to the regional annually.

“The rest of the impact is seen locally from those that do not go to the event Oaks or Derby days but have their own party and are spending money that are not really considered for the EEI projection,” she said. “But they have a huge effect on local businesses via catering, florists, landscaping, tent rental, etc., and local retailers leverage the season. It can truly be a second holiday season for many businesses, from boutiques to bakeries.” 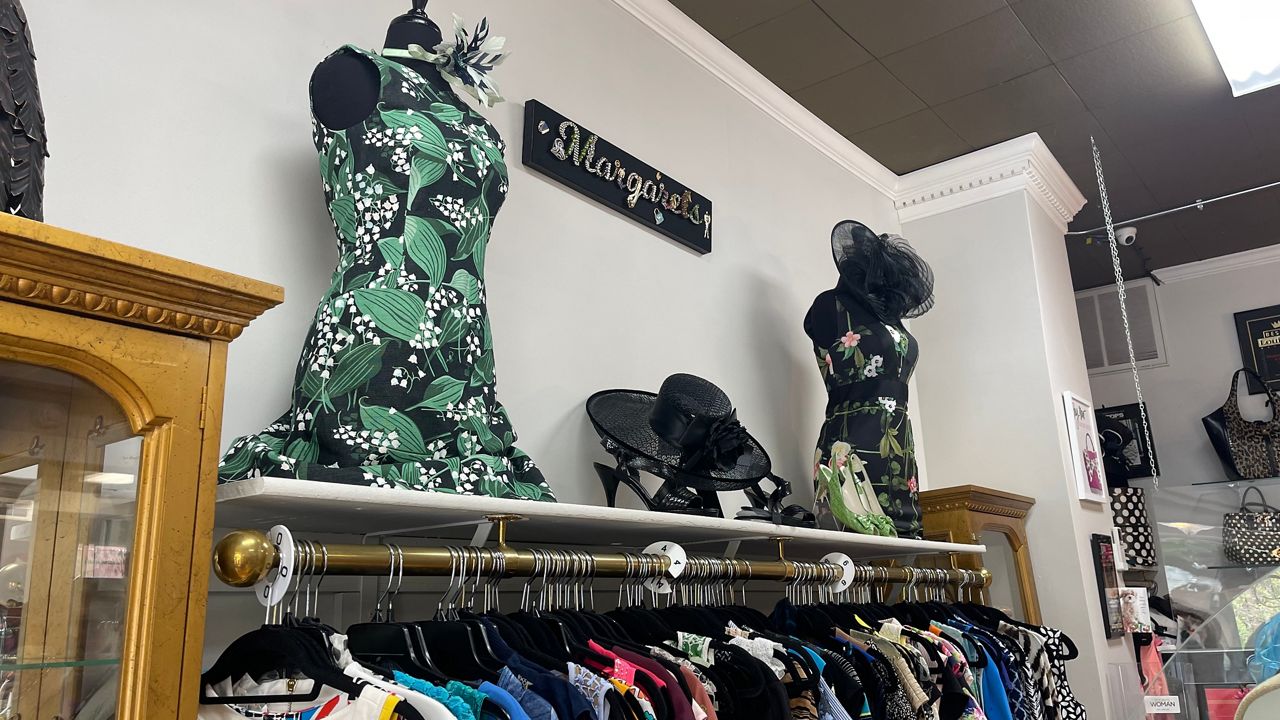 Mastin said all signs are showing a Derby season more consistent with pre-pandemic levels and could even exceed 2019’s hotel occupancy. East end hotels are booking three-night minimums, up from the two-night in the recent past just to sell the rooms, and the east end’s hotel rate is typically a little lower than those downtown.

“After the final hotel call-around this week, signs are looking positive to have hotel occupancy above normal, pre-pandemic levels,” she said. “Our call-around data shows citywide occupancy is trending higher than 2019.”

“Despite the challenging last two years, our city’s annual tradition of hosting America’s longest, continuously held sporting event was something that persevered, and we are thrilled to finally host a ‘typical’ Derby season,” Mastin said. “This is certainly a huge economic boon for Louisville, generating over $400 million in estimated economic income to benefit our city’s hotels, attractions, restaurants, caterers, ride-share operators and other 61,000 hospitality workers.”

Just as the region around Louisville benefits economically from the Derby, so does Lexington. Less than an hour drive east on I-64, hotels, restaurants, Keeneland and other businesses offer race-related festivities that are popular among the locals.

Niki Heichelbech-Goldey, director of communications for VisitLex, said the city’s hotel numbers will not be known until a few weeks after the Derby but they expect the economic impact in Fayette County to be substantial.

“Horse Country Inc. is offering special Derby tours this week,” she said. “I believe Keeneland has had strong ticket sales for its Derby Party.”

Phillip Ballard, chief communications officer with HotelPlanner.com, said given the demand, it is not surprising that hotel and motel rates are at a premium during Derby week and if availability and price become a challenge, other last-minute options are AirBnBs or VRBO extended stays.