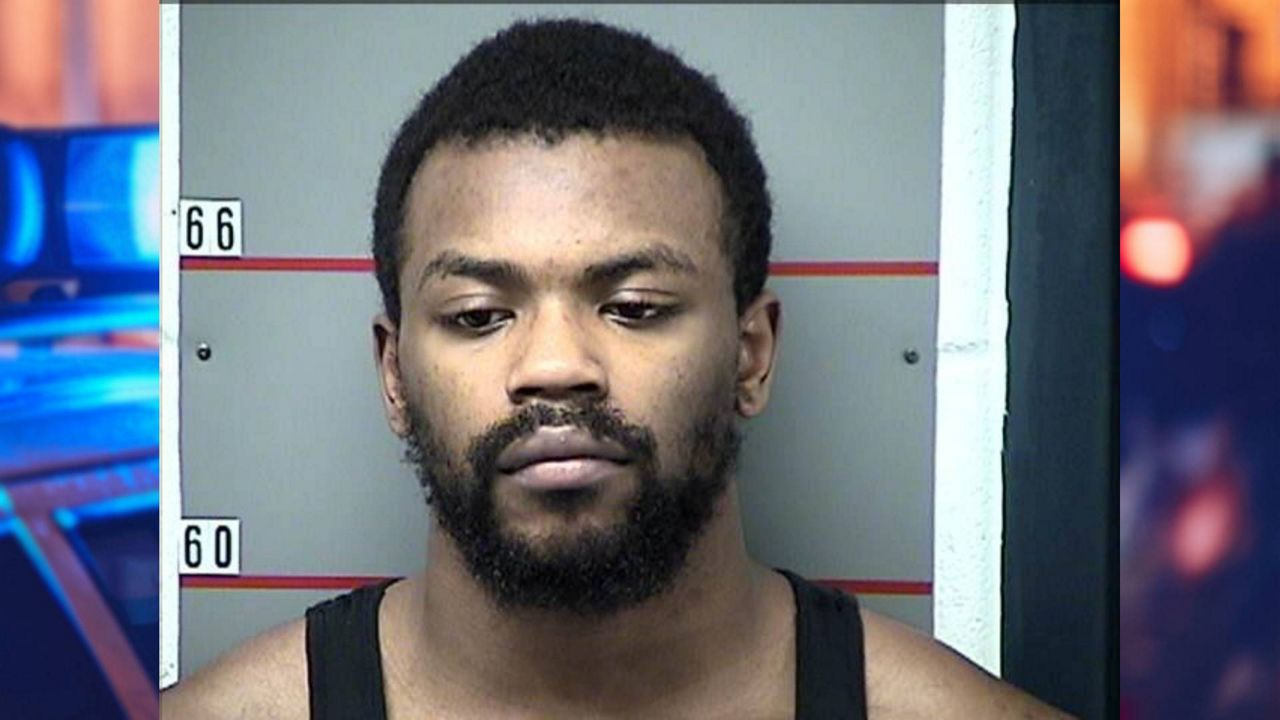 Quintez Brown is behind bars again after being arrested by federal agents on Wednesday. (Grayson County Detention Center)

Brown’s attorneys say he was unlawfully snatched out of his grandmother’s house by federal agents on Wednesday night.

Federal agents arrested Brown on Wednesday for interfering with a federally protected right and using and discharging a firearm in relation to a crime of violence by shooting at and attempting to kill a candidate for elective office.

“We believe he was unlawfully seized by these agents, arrested and now incarcerated in the county jail,” said Patrick Renn, one of Brown’s attorneys in the federal case.

Renn is assisting in Brown’s defense. He can’t make sense of why his client, who has charges pending and has been released by two state court judges, is facing federal charges.

Renn believes the arrest was racially and politically motivated.

“He is a Black man, and his case isn’t being handled in state court where all the other murders and attempted murders and gun discharge cases start and finish. This is something highly unusual,” Renn said

“We’re talking about a very prestigious young person, and I believe that is why he is targeted,” she said.

Brown is a well-known activist in the Louisville community.

“I don’t think people really understand how much pressure it is to take on white political figures or, or white men in power and be able to be successful or even to stand up with your head held high, so I think he’s done as much as he can. He just now needs to take a lot better care of himself and deal with what he has to deal with,” Helm said.

Both say the arrest will negatively affect Brown’s mental well-being and also his family’s as well.

“We’ve got his father coming in here on a walker and having to see his son be charged in state court, very serious charges, and then when you think you’re finally starting to move that case forward, he has to start all over again down here in the federal court with brand new charges,” Renn said.

Renn said Brown has access to medication and can communicate with a therapist over the phone while he is being held in the Grayson County Detention Center.

Following the shooting, Greenberg released a statement that reads in part, “I trust LMPD to carry out this investigation so that the individual responsible for trying to kill me will be prosecuted appropriately.”