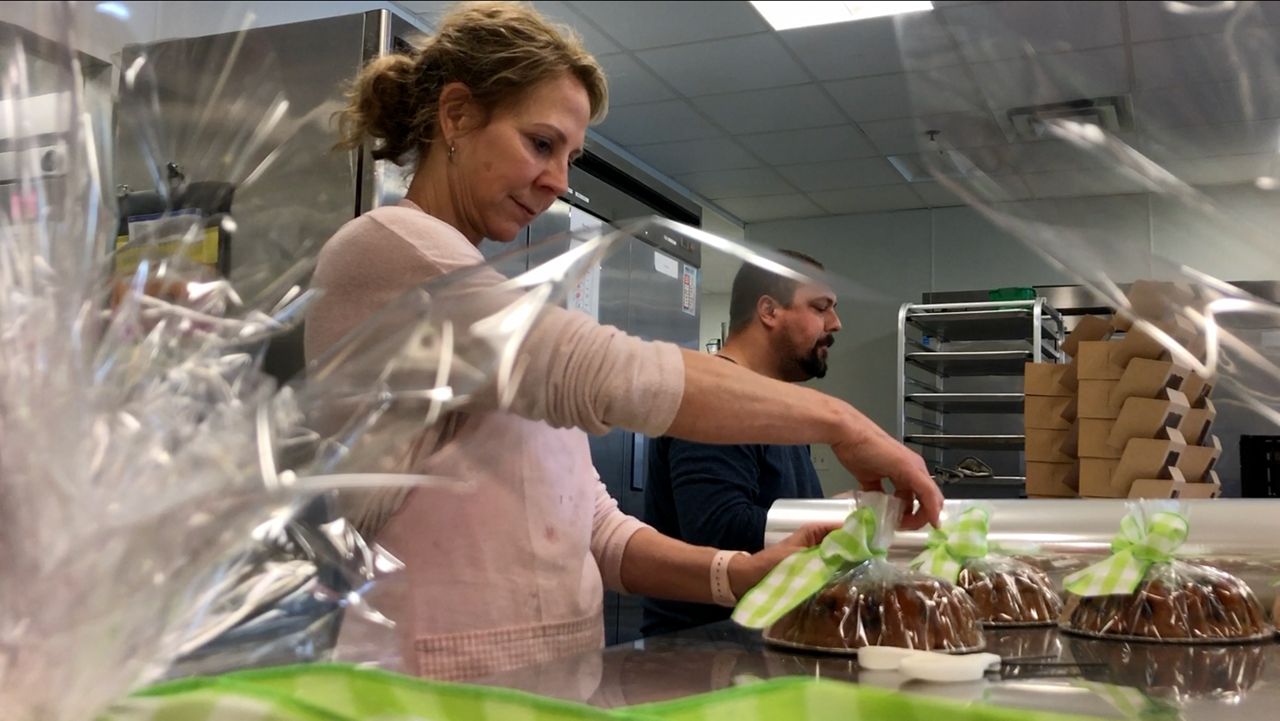 LOUISVILLE, Ky. — Ten community projects across Louisville will share $5 million in federal funding recently secured by Congressman and Chair of the Committee on the Budget John Yarmuth (D-KY) as part as part of an omnibus spending bill signed into law earlier this month by President Joe Biden. Chef Space, in Louisville’s Russell neighborhood, received $330,000 because of that bill.

Over two decades of experience are baked into Sissy Cakes bundt cakes.

“Our tried and true, wonderful cake that everyone loves is our orange juice cake, and we’ve been making that one for over 20 years for friends and family,” said Debbie Nutt Stein, who owns Sissy Cakes with her younger sister.

On March 8, 2021, Sissy Cakes moved into Chef Space, Stein told Spectrum News 1. Chef Space, which opened its oven doors in 2015, is an incubator for food and beverage entrepreneurs in Kentucky.

While Sissy Cakes has grown over the past year, so has Chef Space. With just over 13,500 square feet of commercial kitchen space, the incubator offers hourly and monthly commercial kitchen rental for food and beverage entrepreneurs to launch and grow their ventures.

“Everyone here is very helpful, and Tom Murro, the director, his expertise, it’s just been invaluable to us, and, you know, it’s just really quite a family,” Stein explained.

A family that’s outgrowing its home. Stein told Spectrum News 1 that Chef Space can get very crowded, especially Wednesday through Saturday. Currently, Chef space has 32 food and beverage vendors, according to president Tom Murro. Plus, there is a waiting list.

Therefore, the $330,000 in general funding, which will go towards expanding facilities, can’t come soon enough.

“So people that are keeping stuff cold can have bigger areas to do so, along with access to pallets and jacks so people who are sending out large amounts of material will have that available to them as well,” Murro said.

Chef Space also has an event venue in its building. However, with the pandemic lessening the need for revenue from event rentals, Murro said they will transform half of that space into an area to hold more equipment and packaging solutions.

“Then, a new large doorway will lead to the outdoor cooler that we discussed. So we’re kind of just brimming at the walls here,” he said.

The future expansion symbolizes how much Chef Space has grown since it opened its oven doors in 2015. Murro said the expansion will allow up to 14 new entrepreneurs to rent space, with construction expected to start in two months.

“It’s just a wonderful family, and community, and a great opportunity for people to make money and to build their business,” Stein said.

When a new venture moves in, such as Sissy Cakes, the goal is to expand beyond the walls of Chef Space eventually. To date, Murro said, Chef Space has graduated just over 20 food and beverage businesses to their own brick-and-mortar locations.

When Chef Space’s expansion opens, Stein and her sister won’t be there to see it. Recently, Sissy Cakes signed a lease on their own commercial kitchen in St. Matthews, which means Chef Space did exactly what it was founded to do.