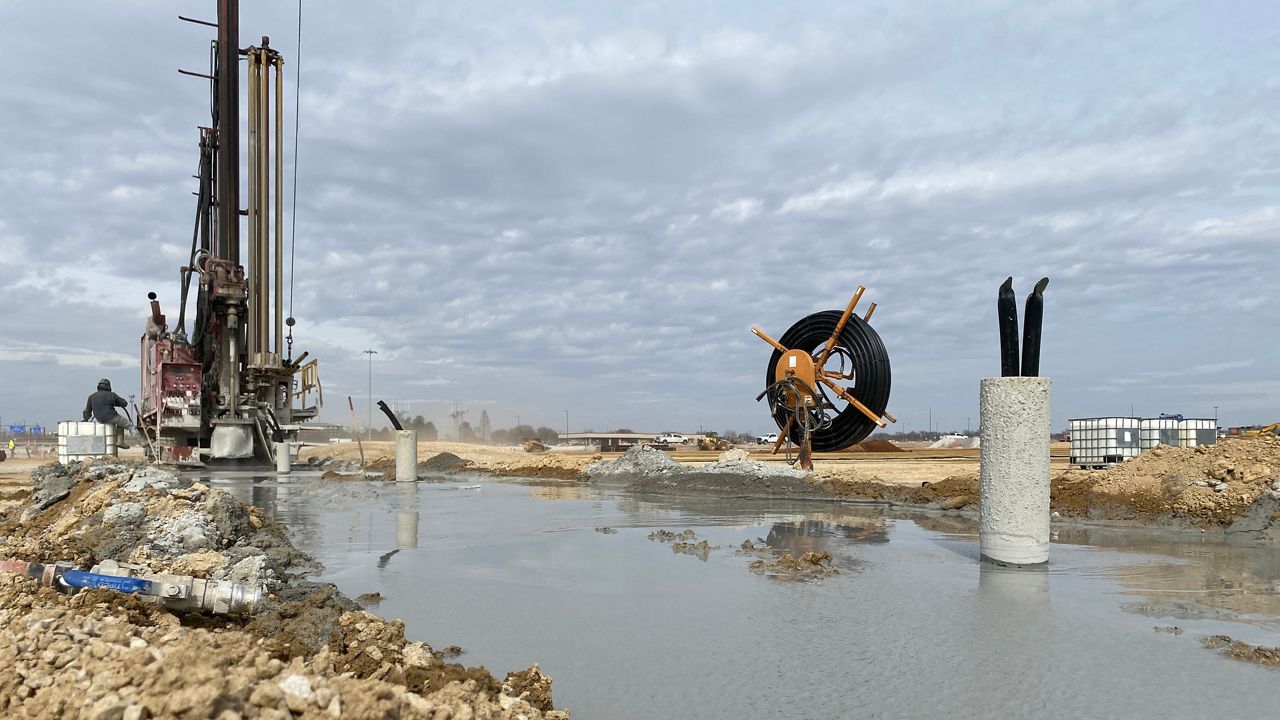 LOUISVILLE, Ky. — A $21.7 million project is underway at the Louisville Muhammad Ali International Airport with the goal of making the airport more sustainable. Come September 2022, SDF will be home to the largest geothermal heating and cooling system at any airport in the country.

Brian Sinnwell is one of the brains behind the operation. Sinnwell serves as the senior vice president and chief operations officer at Louisville Muhammad Ali International Airport.

“I got into airports 25 years ago and worked at several in the past up in the northeast, Pennsylvania,” Sinnwell said. “I worked at the airport for a while, it’s just what I like to do.”

After working with airports all over the country, Sinnwell wanted to find a way to put SDF on the map. That’s when Sinnwell and his team came up with the idea of using the Earth’s natural energy.

“Where can we drill those 600 plus wells, where is a good place to drill those because obviously we don’t want to move those wells in the future,” Sinnwell said. “This one really stood out because we know there will be concrete on top of this for many years to come.”

SDF will drill 648 vertical geothermal wells that will cut the carbon footprint by 80% and save the airport $400,000 a year, all while heating and cooling the terminal building.

“You can see the pipe that’s coming out of this casing here,” Sinnwell said. “So this is 500 feet deep into the ground right now and this series of piping goes down to the bottom and back out and that’ll be the circulation of the water that’s going to be used to power the geothermal system.”

For Sinnwell the project means the world. After 5 years of planning, he gets to see his hard work come to fruition.

“Watching the stuff you planned and designed for a number of years finally come out of the ground is the fun part,” Sinnwell said. “So you want to be out here, see the progress every day. See what stands in our way of progress and try to solve the issues that come up every day.”

Sinnwell predicts the project will be completed by September 1.