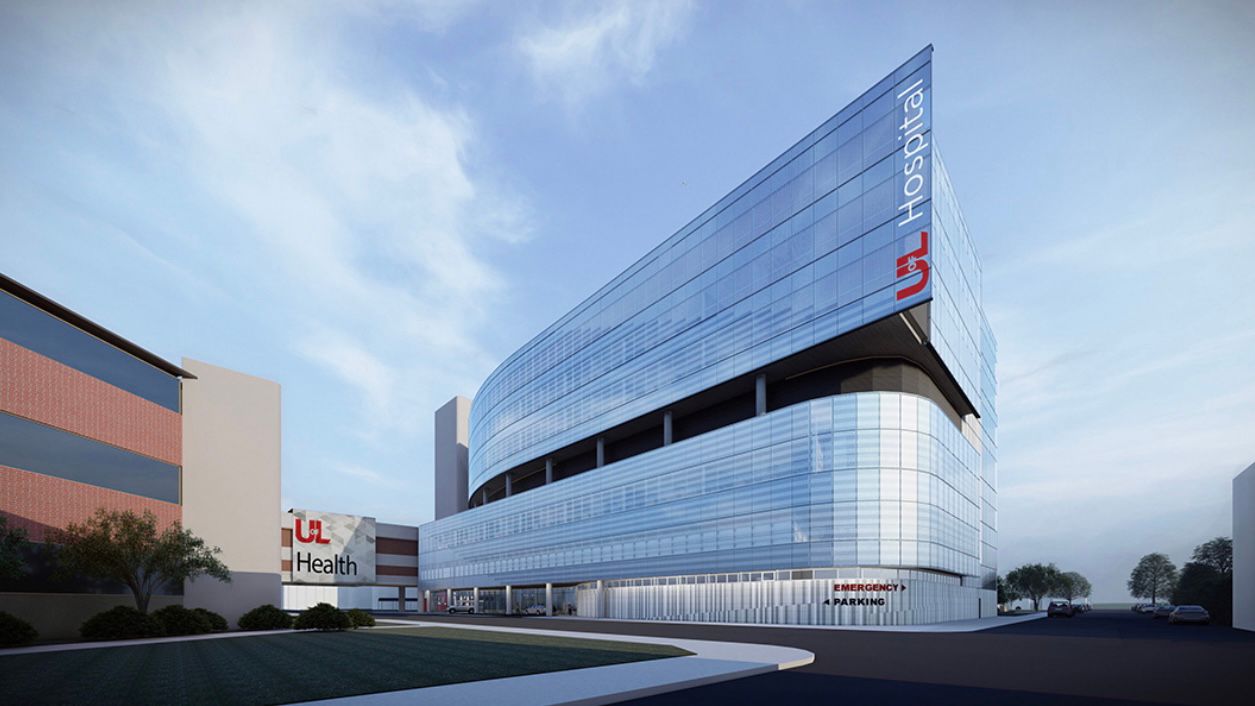 LOUISVILLE, Ky. — UofL Health is moving forward with significant expansion plans that should lead to better access for the community.

UofL Health’s downtown Louisville hospital is launching a $144 million expansion and renovation plans to include a seven-story patient tower with a focus on modernizing inpatient care.

Kim Wilson, Director of Critical Care Services at UofL Health, said that the expansion is overdue to keep up with the increased demand for services in the Louisville community.

She told Spectrum News 1, “To be able to have more rooms, and more space to accommodate that and not have someone come in and be injured and have to stay in the emergency for five days because we don’t have a bed is just going to be, like I said, you don’t have words for that.”

The veteran healthcare professional described the expansion, which will add over 200,000 square feet of additional hospital space, as an investment to the community and the hospital system.

“It’s just been amazing to make a difference in somebody’s life. That’s a blessing. I mean, I truly believe we are blessed to be a blessing and nursing allows me to do that,” Wilson explained.

With the additional space, Wilson says the hospital will have 360 patient beds, each in a private room.

The latest project will also include 20 operating rooms, plus a new 24 bed observation unit.

“You want your own space for you, your family or whoever is helping you get better. So being able to go to all private rooms will be a great benefit to give to our patients,” Wilson said.

Tom Miller, CEO of UofL Health, said the expansion will address chronic bed shortages and features that allow for faster access to care and also help improve inpatient experience, which were further highlighted during the pandemic.

“Every day this past year, 40 patients a day didn’t get a room in our hospitals who had to stay overnight in the emergency departments or in our recovery areas cause we did not have the ability to take care of them. We are going to solve that with this project,” Miller said.

Alongside the increased space, Miller says the new construction will include a new lobby and waiting area, and upgrades to the gift shop and coffee shop.

“It’s just a commitment, long-term commitment to all of our caregivers about trying to make sure we’re a great place to provide care in this community,” he said.

UofL Health announced the expansion Thursday morning. The expansion will also bring 325 new positions into the community. Positions include nurses, clinical support and non-clinical support. New hires and their dependents are immediately eligible for free undergraduate tuition, funded by UofL Health, to the University of Louisville.

“Now, you’ll be able to serve even more people, as hopefully we can put this pandemic behind us and then address so many of the challenges in health that afflict our people,” Gov. Andy Beshear said.

According to hospital administrators, the West Tower project will be funded through bond financing that was approved this week by Louisville Metro Council, along with additional investment from hospital revenue bonds and private donations.

“We’re now in a position that we can reinvest in this community,” Miller said.

Construction will begin this spring, with completion currently slated for 2024.