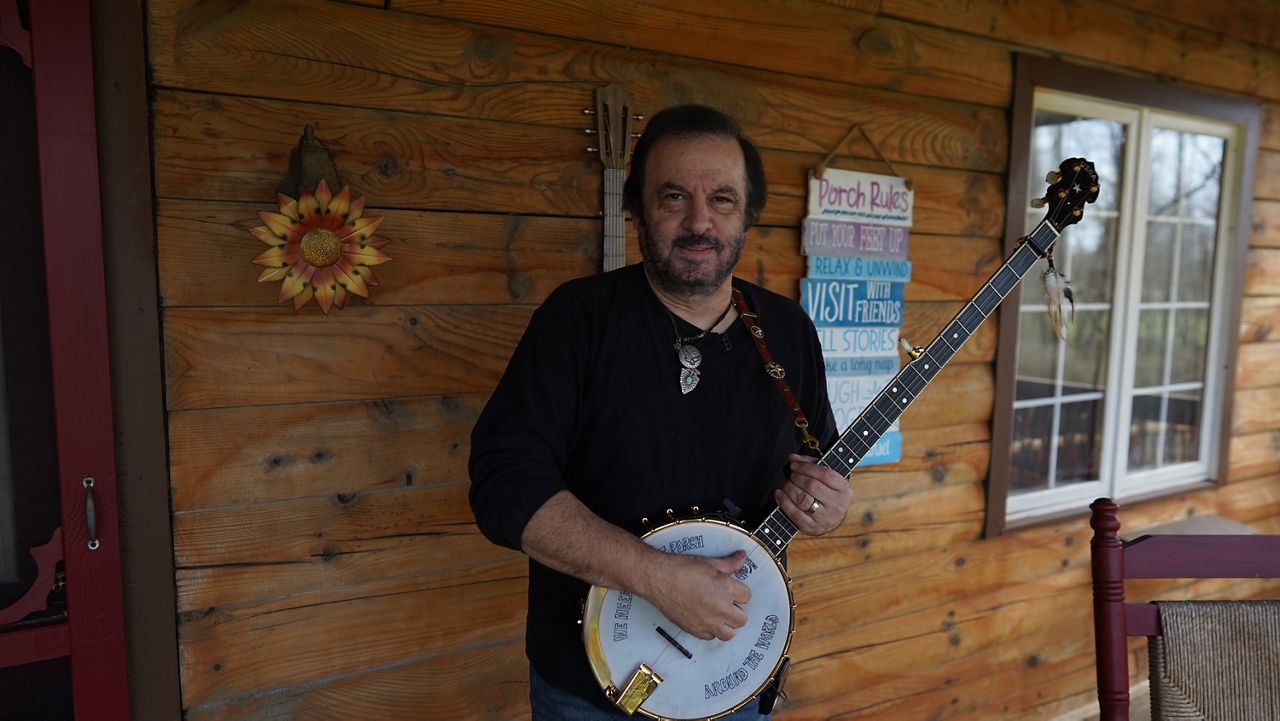 PARIS, Ky — Folk singer and composer Michael Johnathon wanted to the help the families affected by the December tornadoes the best way he knows how.

There are few sounds more fitting to hear in Bourbon County than a freshwater stream, just like the one flowing by Johnathon’s home. The melodic, subtle rumbling of water is accompanied well by Johnathon’s long-neck banjo.

Johnathon is a prolific folk singer, songwriter, composer and author. Over the last 12 weeks, he’s also been leading a fundraiser of sorts that has been incredibly successful. Jonathon was deeply moved by the destructive tornadoes that affected thousands of lives in Western Kentucky last December.

“Once daylight shined on Mayfield and Dawson Springs and we got to see exactly how extensive the damage was,” Johnathon said.

Soon after seeing images of the damaged caused by the EF-4 tornado Johnathon set in motion an idea to help replace musical instruments damaged and lost last year. Over 12 weeks ago, he posted a video on Facebook and social media asking for people’s help.

“From Paducah all the way to Danville … has been decimated by a horrible tornado. Those front porches are gone. The instruments those musicians played are gone, whether it’s school bands or banjo pickers, guitar players…” Johnathon said in the video.

“And I knew that we can’t roof houses. We can’t rebuild water lines. We can’t erect electricity lines and stuff, but as musicians we know the power of music and the importance of America’s front porch.”

In the weeks since, musical donations have arrived in Kentucky from around the globe, tens-of-thousands of dollars' worth in guitars, banjos, drums, sound boards and more.

The instruments will be given away for free on March 18 in Mayfield and March 19 in Dawson Springs and Owensboro.

“I believe love is the greatest transaction of the arts. It makes everything work, no matter what it is. Concerts, records, painting, books. If you love it, it works.”

And just as easy as Johnathon’s music lands on the ear, he wants to put the instruments in the hands of Kentucky’s musicians.