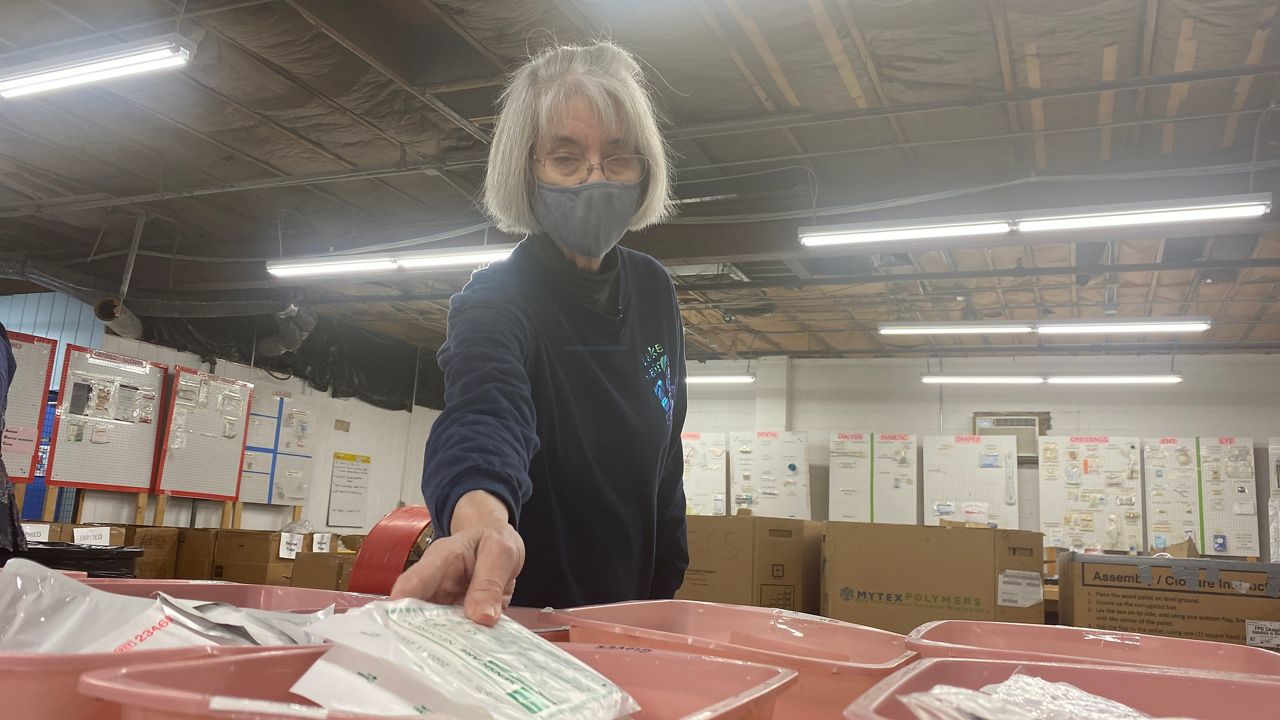 Virginia Sims is a retired nurse who volunteers with Supplies Over Seas to help get medical supplies to improvised communities. (Spectrum News 1/Ashley N. Brown)

Supplies Over Seas rounds up $100,000 in medical supplies for Ukraine

LOUISVILLE, Ky. — The World Health Organization says hospitals are struggling to provide care to the sick and wounded in Ukraine.

One issue is a shortage of life-saving equipment and medication.

Supplies Overseas (SOS), a Louisville-based global health organization, is rounding up some of those much-needed supplies to send to the region.


Virginia Sims retired from nursing after a 41-year long career. Most of that time, she worked at a children’s hospital in the pediatric ICU.

“That’s what I like doing. [To] take care of the really sick kiddos, infants to teenagers,” Sims said.

Sims volunteers at SOS. The organization collects unused, leftover, and under-used medical supplies and distributes them to medically impoverished communities locally and internationally.

“I saw so much waste where there’s a lot of stuff that we had that can be reused, or repurposed and so that’s very satisfying,” Sims said.

“It’s at the core of our mission of helping those in need,” Sears said. “That’s what our name stands for: SOS.”

The team prepared 21 pallets with $100,000 worth of requested items to be delivered to Slovakia and Poland to treat victims of the Russian war in Ukraine.

Sears joined the nonprofit field to help save children after losing her daughter. She said the impact she can make is one of the most rewarding parts of her career.

“I always encourage people to have their own personal mission and wherever they are, whatever job they have because that’s what makes your job rewarding. That’s what makes you impactful and whatever you do you want to know that you’re making a difference in people’s lives,” says Sears.

“If we didn’t collect this stuff here, it would be thrown in the trash. When stuff goes to a country that doesn’t have a lot of money, it gets used again and they are so grateful. It’s life-changing for some of them,” Sims added.

The supplies will be picked up by and delivered by UPS this week.

Dr. Gordon Tobin of Louisville and Tod Sedgwick, former U.S. ambassador of the Slovak Republic who served in Slovakia, started this effort.

For more information on how you can support SOS efforts, click here.