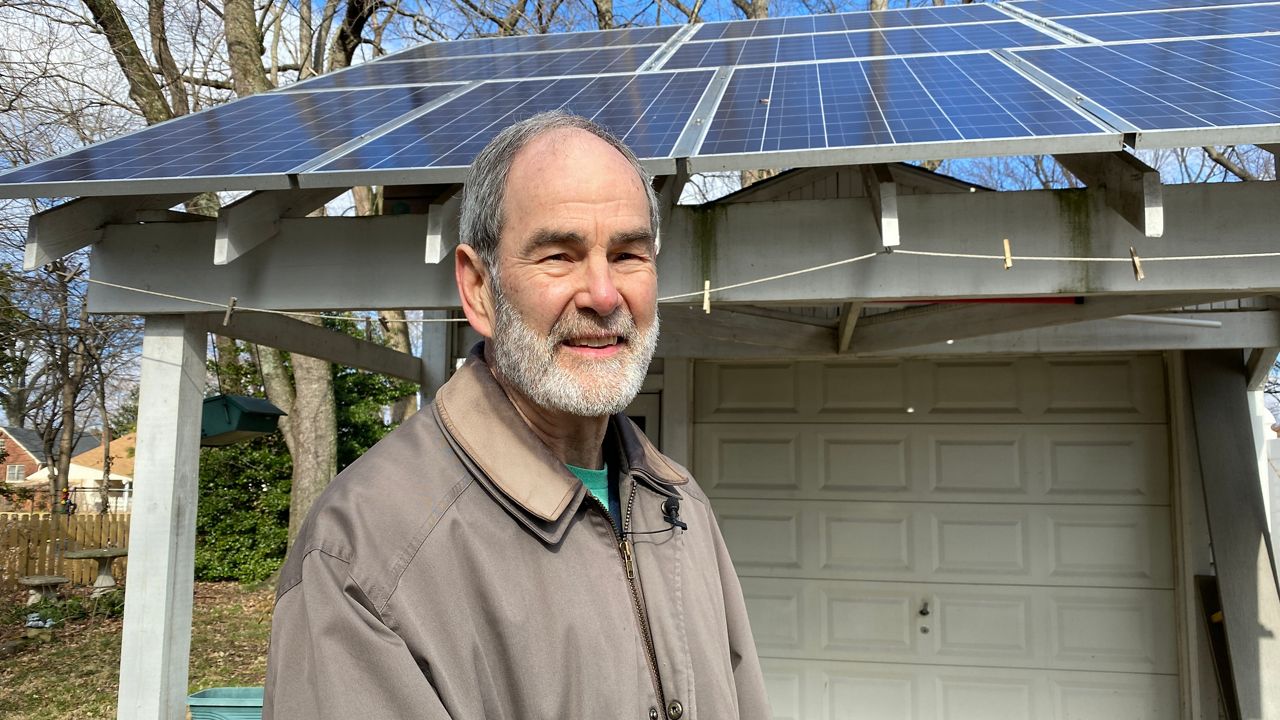 Roger Ohlman is a member of the Renewable Energy Alliance of Louisville. He has solar panels installed at his home and has helped get them installed at the Louisville Nature Center where he volunteers at his church. (Spectrum News 1/Ashley N. Brown)

It’ll give families in the area more collective buying power to get discounted wholesale rates for solar panel installation through solar energy solutions.


The city said residential buildings account for over 27% of Louisville’s greenhouse gas emissions, and the program will encourage residents in Louisville and surrounding counties to invest in solar power by offering discounted rates for solar installation.

Discounts between 12-19% will be offered to those who sign up for the program.

The discount rate will depend on the size of the installation. Over 130 people have already shown an interest in the program, officials said.

When it comes to energy, Roger Ohlman, a member of the Renewable Energy Alliance of Louisville, knows a thing or two.

The retired data processor is a Louisville Nature Center volunteer where energy-efficient measures like LED lights have cut energy use by a third.

After adding solar panels in 2016, which was Ohlman’s idea, the center now runs net-zero per kilowatt-hour plus.

Ohlman believes the 42 panels will go a long way in the fight against climate change.

“My father and grandparents’ generation made some sacrifices for us in World War One and World War Two and in some ways, this is our world war. It just looks different,” says Ohlman.

He would have added solar panels to his home, but a tree would block the sunlight from reaching them.

He found a way around that, though.

“We built this carport and then put the panels on it,” Ohlman said.

The panels generated all the electricity for his home until he bought an electric car to park under that carport.

Ohlman even helped raise money to have solar panels installed at his church.

The panels contribute about 25% of the 75,000 kilowatt-hours the church uses each year.

“With the nature center, that’s the amount of energy that’s generated since we’ve had them so that’s kind of gives you an idea of the difference,” said Ohlman. “I don’t think it will impact me but I’m concerned for my son and his son, and future generations of all kids.”

Now that he has his home, work, and church covered in panels, Ohlman is focusing on spreading awareness about climate change, energy efficiency, and renewable energy with Renewable Energy Alliance of Louisville.