Their voting rights were restored. Now they want the same for others

LOUISVILLE, Ky — For years, Tip Moody thought of voting not as a right or a privilege, but as an obligation.

“When Election Day came, you went and voted,” he said. “You didn’t think about it.”

Then, in 2018, Moody was convicted on drug possession charges and sent to the Fayette County Detention Center for 90 days. After his release, he completed the terms of his probation, but learned there was still one more punishment he would have to endure — the loss of his voting rights.

“You don’t know how badly I wanted to vote against Matt Bevin,” he said. 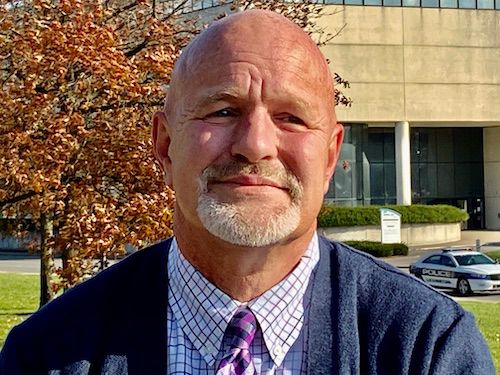 Tip Moody had his voting rights restored in 2019, but he wants the same for others like him. (Tip Moody)

Moody wasn’t alone, and the former Kentucky governor lost his re-election bid in 2019. Then, on Gov. Andy Beshear’s third day in office, Moody regained his right to vote when Beshear signed an executive order restoring voting rights to many Kentuckians with a conviction in their past.

“As of today, 183,442 Kentuckians have had their voting rights restored because of the executive order and can participate fully in our democracy,” Beshear’s deputy communications director Scottie Ellis said in a statement.

The order was cause to celebrate for many voting rights activists who have long lamented Kentucky’s status as one of two states that permanently bars ex-felons from voting unless the governor restores their right.

But there were many people left out of Beshear's order. According to a new report from The Sentencing Project, 198,000 people remain unable to vote in Kentucky because they are on probation, or parole, or because they committed a violent offense. That’s 5.9% of the commonwealth’s voting population. A even higher 15% of Black Kentuckians are denied the right to vote because of their involvement with the criminal justice system, twice the national average for Black Americans.

Ed Monahan is hoping to see those numbers reduced to zero.

“I greatly appreciate Gov. Beshear’s progress, but whether you're convicted of this kind of felony or that kind of felony, once you serve your sentence, whatever the nature of the felony was shouldn't keep you from voting again,” said Monahan, a former Kentucky Public Advocate who now works on voting rights issues with the League of Women Voters.

When he signed the executive order in 2019, Beshear made the case for excluding some violent offenders from restoration, including those convicted of rape, sexual abuse, and homicide. “Some crimes are so awful and inflict so much emotional trauma that we owe it to the victims and the survivors to those crimes not to restore the right to vote,” he said.

Advocates are also calling for the restoration of voting rights to be made permanent. As it stands, Beshear’s executive order could be overturned by the next governor. An amendment to Kentucky’s constitution would need to pass to ensure everyone in Kentucky can vote once they've served their sentence.

“There has to be a long term permanent solution codified in our state constitution to solve the problem once and for all,” Moody said.

Support for such a measure is high in the commonwealth. A poll conducted last year by the League of Women Voters found that 67% of Kentuckians favor a constitutional amendment to automatically restore voting rights. Last year, state lawmakers from both parties sponsored a bill to put such an amendment on the ballot, but it received no hearings. No similar bill has been introduced this year.

Savvy Shabazz, of Louisville, hasn’t voted since 2002. In the two decades since then, he’s served five and a half years for non-violent drug offenses, started a nonprofit to help others transition from life in incarceration, and grown endlessly frustrated with Kentucky’s ban on voting for people who, like him, are on parole.

“One of the main things that really bothered me was when I received my paychecks,” he said. “It’s taxation without representation. I see where all the taxes are being taken out of my check, but I can’t participate as a full citizen.”

That will soon change for Shabazz, who successfully petitioned Beshear for a pardon in 2020. Earlier this month, he registered to vote.

Next month, he’ll have his first chance in two decades to vote when a close friend is on the ballot in a special election for a vacated State House seat. “It means a lot,” he said.

Shabazz said the ability to similarly participate in the Democratic process would benefit others who have previously been incarcerated.

“People that are coming home from incarceration, that are disenfranchised, they want to be part of their communities, too,” he said. “The way I'm excited about going and filling out my ballot. This is how we want everybody to feel.”