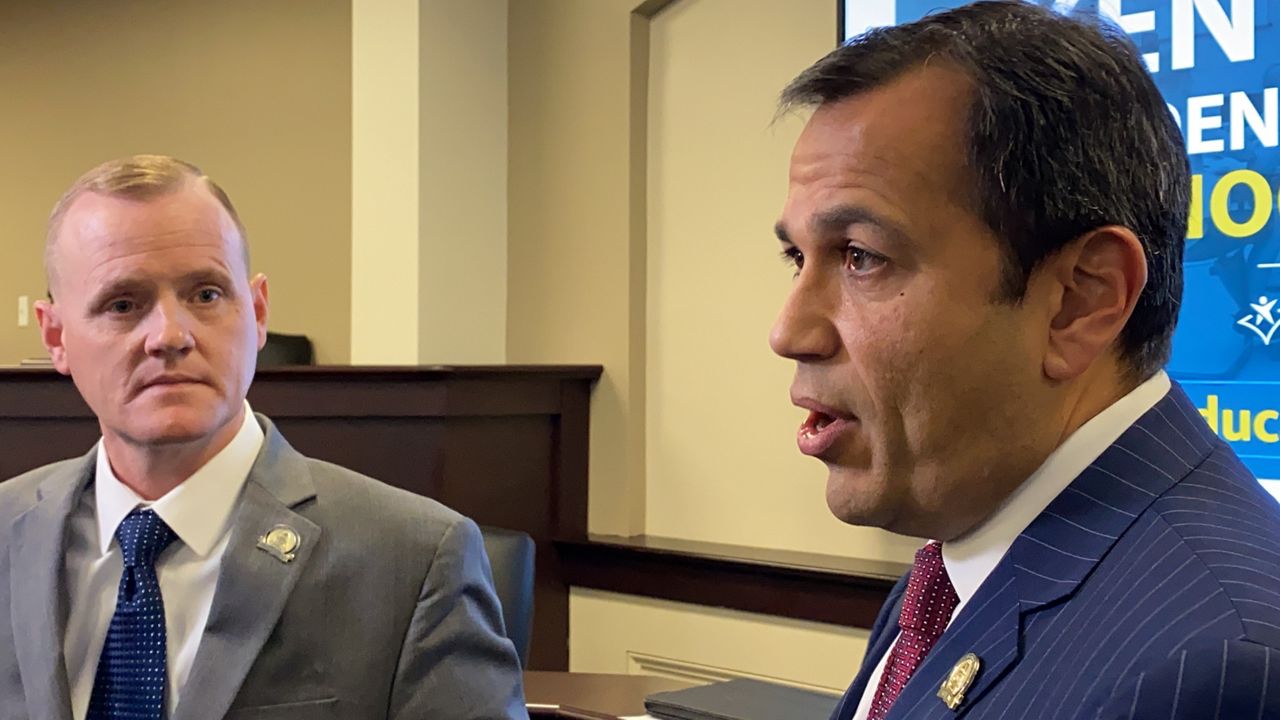 
School choice laws are continuing to draw strong opinions for and against it as Republican lawmakers Senator Ralph Alvarado and Representative Josh Calloway try to expand the legislation to encompass every Kentucky county.

“As a pediatrician, I’ve seen the science and the data behind it. It's good for kids, it helps them, it prepares them. Our country in particular in Clark county, we’ve seen a tremendous improvement of kids who go through those programs. They have a much higher chance of success as they go through school even elementary school and beyond,” said Sen. Alvarado.

In 2021 Sen. Alvarado and Rep. Chad McCoy led the fight for the Education Opportunity Account Act. It was met with opposition from the Kentucky Education Association (KEA) and Jefferson County Teachers Association (JCTA) union members like Emilie Mckiernan Blanton who said scholarship tax credits take away from public school funding.

“If there are families that want to choose to go to private school there’s nothing stopping those private schools from creating their own scholarships without utilizing tax funds to do so,” said Blanton.

Sen. Alvarado claims that’s not true, because the money is coming from privately donated funds. The new proposed legislation aims to:

Desirae Caudill is a Madison County single parent and part of the EdChoice Kentucky coalition. Caudill said expanded legislation would allow her children to stay enrolled at private schools without struggling to meet financial needs.

“It would mean my children could continue to be fostered in a nurturing environment that has taught them to love school and love learning. Although my story is personal, it is not unique," she said. "Thousands of other Kentucky families are pinching pennies to get their children in the right learning environment. And some families can’t afford the choice at all so all we’re asking for is a little help."

Caudill pulled her children out of public schools while considering the effects of COVID-19 as well.

"We had difficulty during the COVID-19 pandemic about virtual learning. It was just not successful in our house, so we just pinch every penny and I have two enrolled in private school and it’s made such a difference – they’re just thriving,” said Caudill.

Critics of the legislation say the focus needs to be brought to its funding obligations to public education. In a statement released by the Kentucky Education Association president Eddie Campbell he said:

“KEA opposes all voucher/tax credit schemes, including those announced today. The Kentucky General Assembly should be focused on fully funding its current obligations to public education instead of incurring new obligations like tax credits that could cost Kentucky taxpayers hundreds of millions of dollars in lost revenue."

Sen. Alvarado and Rep. Calloway said it’s time for families to have a choice in their children’s education.

“We need to make this permanent in our state and grow this program across the entire state and get as many kids that need to be a part of it to have that eligibility to do so,” said Calloway.

Republicans in the General Assembly said the expanded legislation is needs-based.

Funding would start with families that qualify for free lunch and extend out to 200% for Sen. Alvarado's proposal and 250% for representative Josh Calloway’s proposal. Sen. Alvarado says he’s ready to work with lawmakers to pass the bill this year.