LOUISVILLE, Ky. — Our apologies to anyone trying to avoid sweets.

The Halloween season is certainly synonymous with candy, but for a fourth-generation chocolate maker, their busiest season is another month away.

What's the first thing you need to know about Muth's Candies?

“We hand dip everything we make," Sarah Balzin explains. Blazin and her brother Matthew Vories are co-owners of the Louisville sweet shop.

Muth's opened in 1921 and has only moved location once, one block, in 1962. The middle of Oct. is the sweet spot for making caramel apples and the brother-sister team only have a small window to make them. The Christian season is coming quick and Muth's is never busier than during the holidays.

During a visit to Muth's, Blazin and Vories were making caramel apples to order. The caramel cooks in a copper pot above 200 degrees.

“If you touched this it would burn your hand off," Blazin warns. 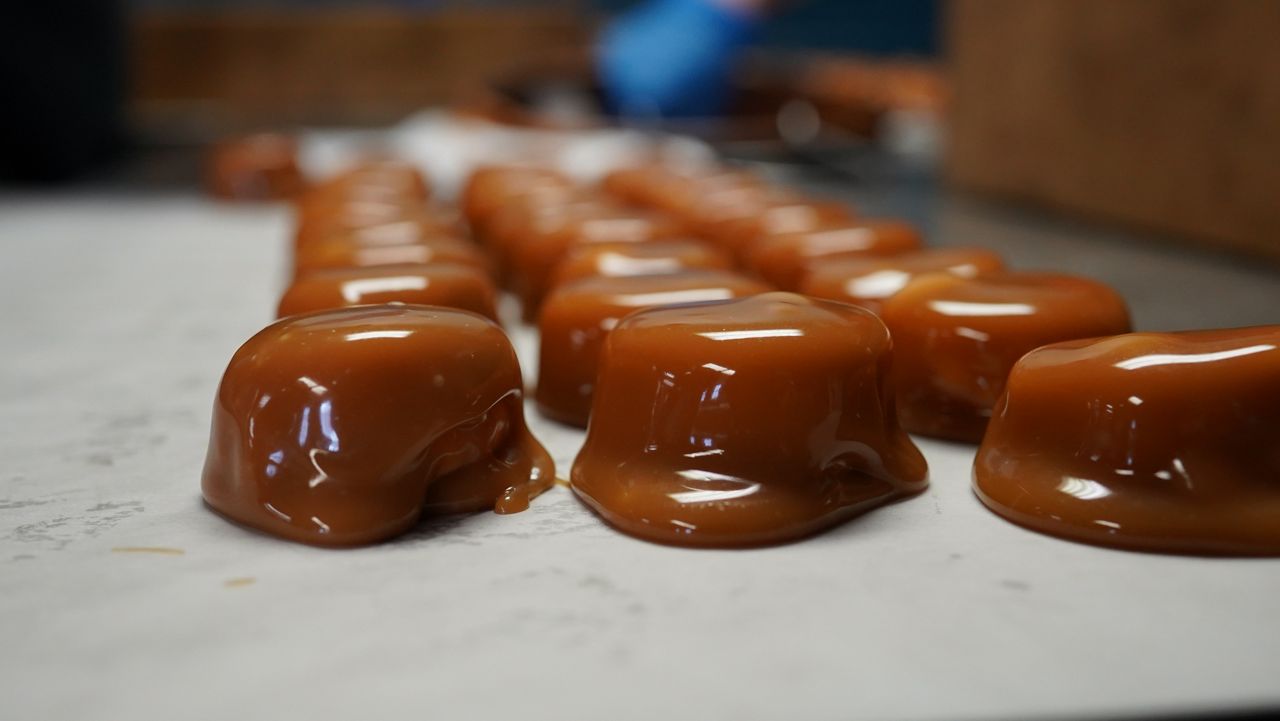 Blazin and Vories are carrying on a long tradition of cooking candy in Louisville.

“I am. I am fourth generation and that’s my brother who’s the candy maker. We still have aunts and uncles who work here," Blazin said.

New hire Amoreena Harrison has been here a week but in the candy making business for 10 years, herself.

It's a point proven by how Muth’s Candies was able to navigate the pandemic which forced so many businesses to close.

“We owe a lot of our success to the people of Louisville and how supportive they’ve been especially in the last 18 months," Blazin recalls.

Supported by loyal customers and already pros at shipping goodies across the globe, the century-old candy store is poised to be around for another hundred years.

“Just treating our customers with the best quality of service that we can is kind of the best thank you we can give them and just acknowledging we wouldn’t be here without them.”