Tales & Terrors is a board, card and retro gaming business in Georgetown that also hosts an array of tournaments. Pictured, from left, is employee Braiden Norton, owner Shane Osborne, and employee Drew Jones. (Brandon Roberts/Spectrum News 1)

GEORGETOWN, Ky. – Shane Osborne has taken the adage, “If you do what you love, you’ll never work a day in your life,” and made it into a reality.


Osborne, 27, moved to Georgetown from his native Manchester, Kentucky, in Clay County earlier this year. He opened Tales & Terrors in May of 2021. The business is a trading card and video game store he said aims to provide players of Yu-Gi-Oh!, Pokémon, and Magic the Gathering a fun, safe place to enjoy their hobby and buy, sell and trade cards.

“I have been playing Magic and all that stuff for a long time,” Osborne said. “I collected Pokemon cards when I was a little kid. I came to Georgetown and spent about two weeks with my cousin and fell in love with it, so I decided that I was going to open this type of business here.”

Tales & Terrors  –  tales because it allows people to gather and tell stories, and terrors because of the monsters, creatures and spells in most of the games – has been well-received by the community, Osborne said.

“With our Magic community, I have anywhere between eight and 12 people who come for our events for Commander Legends tournament. It's one of our biggest ones,” he said. “For Yu-Gi-Oh!, we have anywhere between eight and 12, and for Digimon, we have probably around six or eight. Normally, there are not too many Pokemon players because people around here are mostly collectors.” 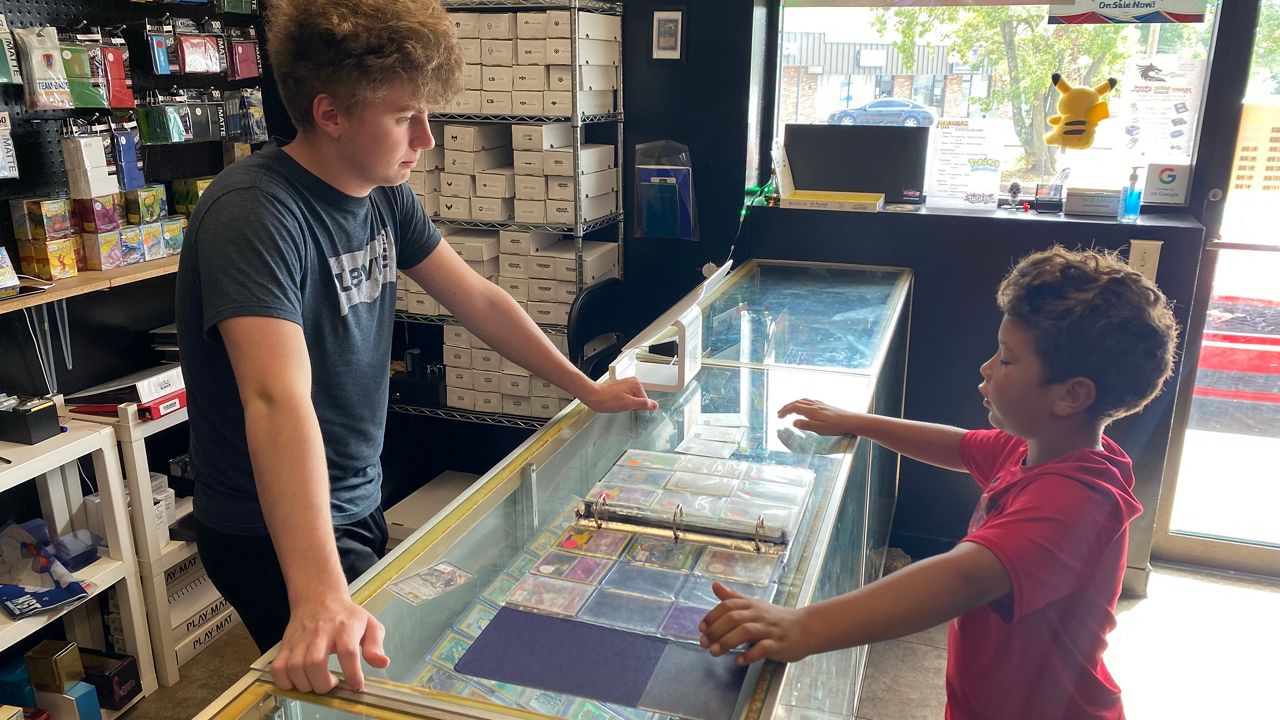 The popularity of Pokemon cards has grown to the point that Osborne has difficulty keeping them in stock.

Osborne is always busy, and Tales & Terrors routinely bustles with activity. There is a tournament of some kind each weekday at 6 p.m. and two on Saturdays and Sundays, with one at noon and another at 6 p.m.

“My mission is to create a sense of belonging and create communities so everybody can get together,” he said. “Some stores have some rotten eggs, but so far, my community is great. They're very friendly and always open and new players. Trading card game players are a friendly type of clientele. They are really competitive, and the sense of competition is great, but how far they take it is the main thing.”

Aside from hosting the tournaments and selling cards and supplies, Tales & Terrors’ video game sales have also been successful. Primarily geared toward retro games and consoles, there are plans to host video game tournaments at the business.

“If I could get a community together to do fighting-game tournaments playing Super Smash Brothers and games like that, I'd love to do that,” he said. “We have fun here no matter what we are doing, so we are open to hosting just about any kind of tournament related to gaming.”