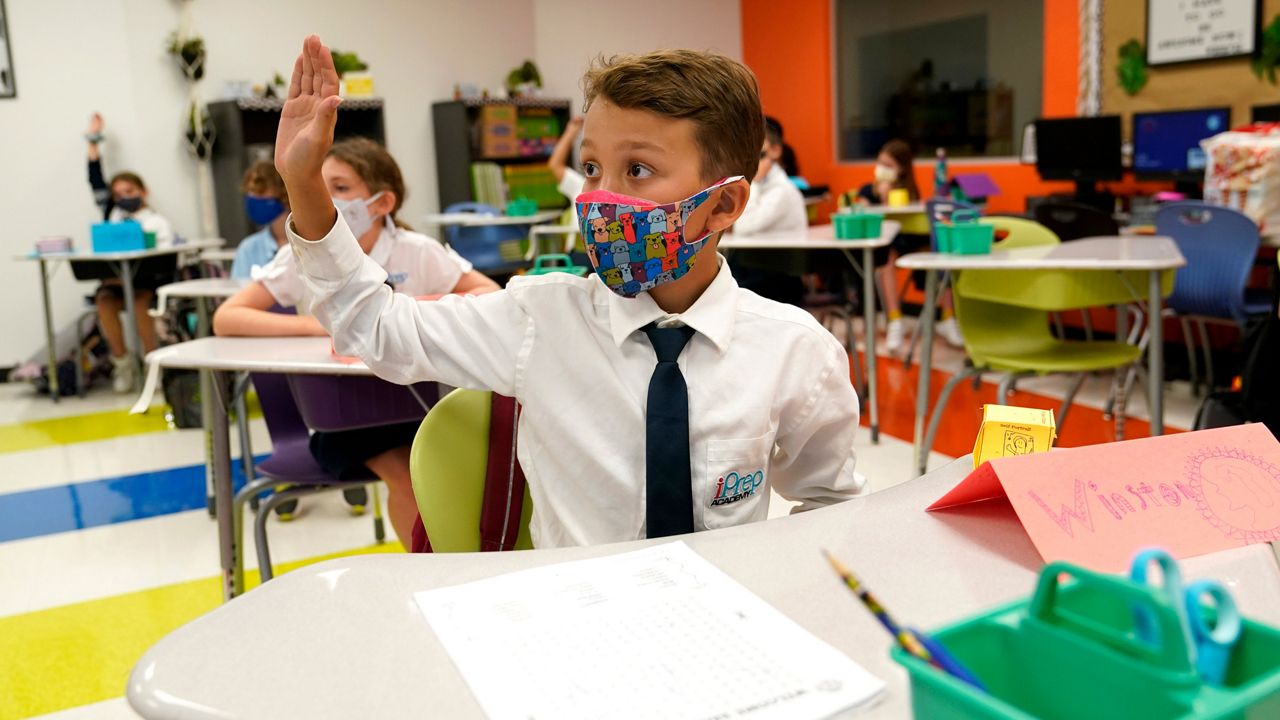 Kentucky lawmakers scrap the statewide school mask mandate, despite a rising number of districts closing due to cases and quarantines. (AP Photos)

Here are the governor's veto messages for SB 1 and SB 2. pic.twitter.com/8W9oEp481a

Kentucky school districts now have five days to pass their mask policies, but at least one Kentucky school district already announced masking is here to stay. Scott County Schools made that post Thursday before the elimination of the statewide mask mandate was final, saying the district set the mask requirement before the governor or Kentucky Department of Education required it. With that being said, the school district announced masks will continue to be required there, regardless of what was going to happen in the special legislative session.

With the addition of those five districts, 39 Kentucky school districts have halted in-person learning so far this school year. That accounts for nearly 23% of Kentucky's 171 school districts.

Some of the Kentucky school districts that closed in-person learning this school year used NTI days, while others did not since districts are alloted a limited number of those days. The districts that did not use NTI days will need to make up the days off from school at a later date.

SB1 continues the limit of 10 NTI days to use for district-wide closures. However, it adds 20 "remote learning" days, which are not the same as NTI days. The remote learning days can be used to close particular schools or classes within a district.

Editor's note: A previous version of this story said .01% of U.S. schools are closed. The correct percentage is 1.4%. The error has been corrected.