LEXINGTON, Ky. — Twelve of the top-25 counties in America with the highest cancer rates are in Kentucky. According to U.S. News & World Report, Kentucky currently produces a fraction of the tobacco it did 10 years ago. However, industry giants such as Altria, formerly Phillip Morris, and R.J. Reynolds still spend lots of money in Frankfort to fight smoking restrictions.


Dr. Ellen J. Hahn is a nurse and the director of the University of Kentucky collaborative Bridging Research Efforts and Advocacy Toward Healthy Environments, or BREATH. She said the money spent by public health agencies could not compete with what is being paid by the large tobacco companies.

“The tobacco industry spends billions of dollars both lobbying and marketing their products every year,” Hahn said. “In Kentucky, the estimate is they spend $234 million a year just marketing their products. They way outspend us in public health. I mean, we can't compete with that kind of marketing. This is not new. The tobacco industry has been doing a lot of work fighting smoke-free regulations and tobacco control regulations over the years. They are very good at it.”

While the percentage of smokers has plunged nationally to around 14%, the adult cigarette smoking rate in Kentucky is 24%, far above the national rate. Hahn said there is some good news in Kentucky, where some strong, local anti-smoking laws cover about 37% of the population, something she called “little pockets of courage.”

“Some local officials are trying to do the right thing to protect their loved ones and their citizens,” she said. “Things have changed little by little. People aren't smoking everywhere in the state Capitol anymore, and we do have some restrictions on state-run property concerning smoking. So things have gotten better. But the bottom line is, we shortchange our citizens because we don’t invest in good tobacco prevention and cessation. We've had a real decline in the amount of money we spend funding programs that work to help people quit and to prevent youth from starting.” 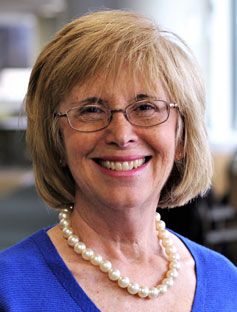 According to data cited by anti-tobacco nonprofit the Truth Initiative, though lower than the national rate of some 33%, 26.1% of Kentucky high school students had recently used e-cigarettes, or a similar electronic vapor product in 2019. More than 6% had recently used chewing tobacco, snuff or dip, and 7.9% had recently smoked cigars, cigarillos or little cigars.

Kentucky ranks second in the nation behind West Virginia for tobacco smoking and first for new lung cancer diagnoses, Hahn said. Each year, 8,900 adults in Kentucky die from smoking, and 119,000 youths under 18 eventually will die prematurely from smoking, according to the nonprofit Campaign for Tobacco-Free Kids.

“The state budget cuts funding for tobacco control by 43%, from $3.3 million to $2 million,” Hahn said. “The CDC recommends Kentucky spend $56.4 million per year to combat the $234.2M spent annually by the tobacco industry to market their deadly products.”

According to the Truth Initiative, most Kentuckians are not prohibited from smoking in bars, restaurants, stores, casinos, recreational facilities and private workplaces. State law does not ban child care professionals from using cigarettes, but caretakers are not allowed to vape if children are around. At $1.10, Kentucky's per-pack cigarette tax is well below the national average of $1.91, according to U.S. News & World Report.

Hahn said the state is in the middle of an electronic cigarette epidemic while battling the COVID-19 pandemic, making things even more problematic.

“People who smoke and use tobacco are more at risk of not only getting seriously ill and dying from COVID, but they're also less likely to be able to fight it off,” Hahn said. “There's never been a more important time to invest in tobacco prevention and cessation to help people quit. Tobacco is less than 1% of the gross state product — it's very little compared to how it used to be. Some counties rely more on tobacco revenues than others, but by and large, this is a public health epidemic in Kentucky. We've got a problem. We are outspent 117-to-1, and smoking is the No. 1 preventable cause of death and disease. We must do more.”