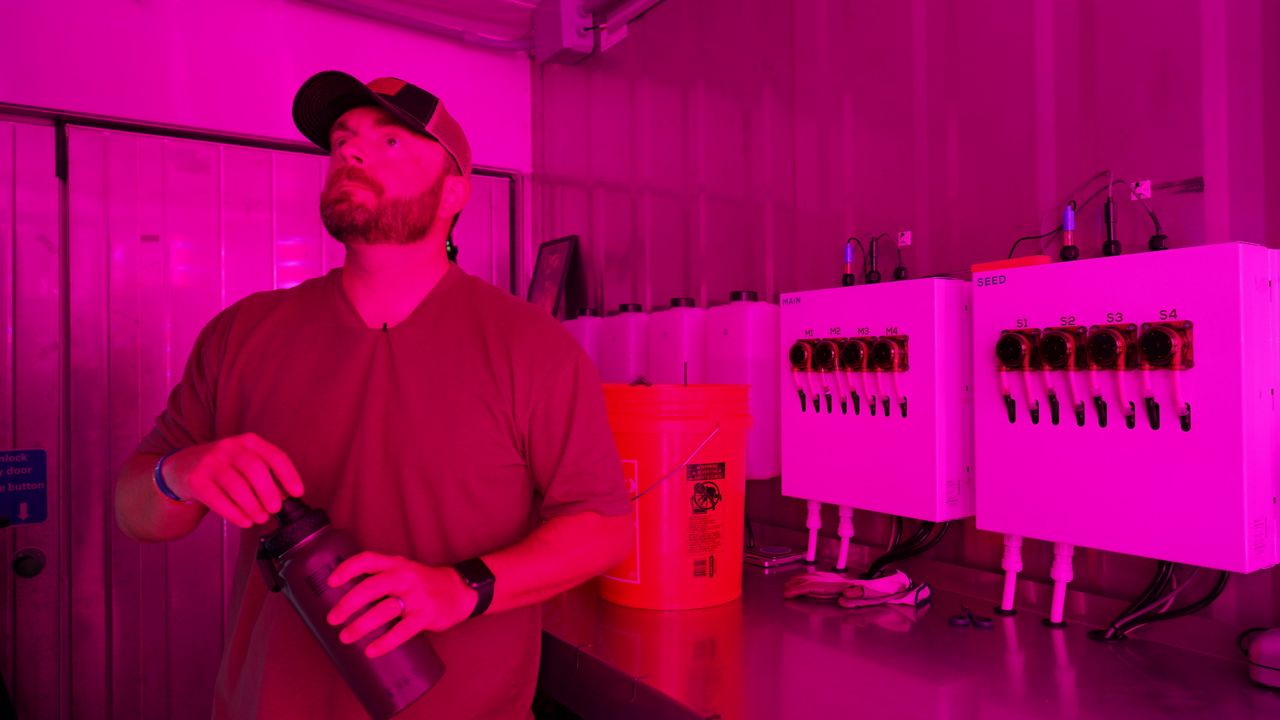 LOUISVILLE, Ky. — As John Miller prepared to leave the Air Force, the combat veteran admits he had no idea what he was going to do next.


John Miller's routine may seem a bit "scaled down" compared to his former life as a combat soldier. Miller spends much of his time in a 40-foot-long shipping container converted into a hydroponic farm field. Hydroponics involves growing plants without soil. 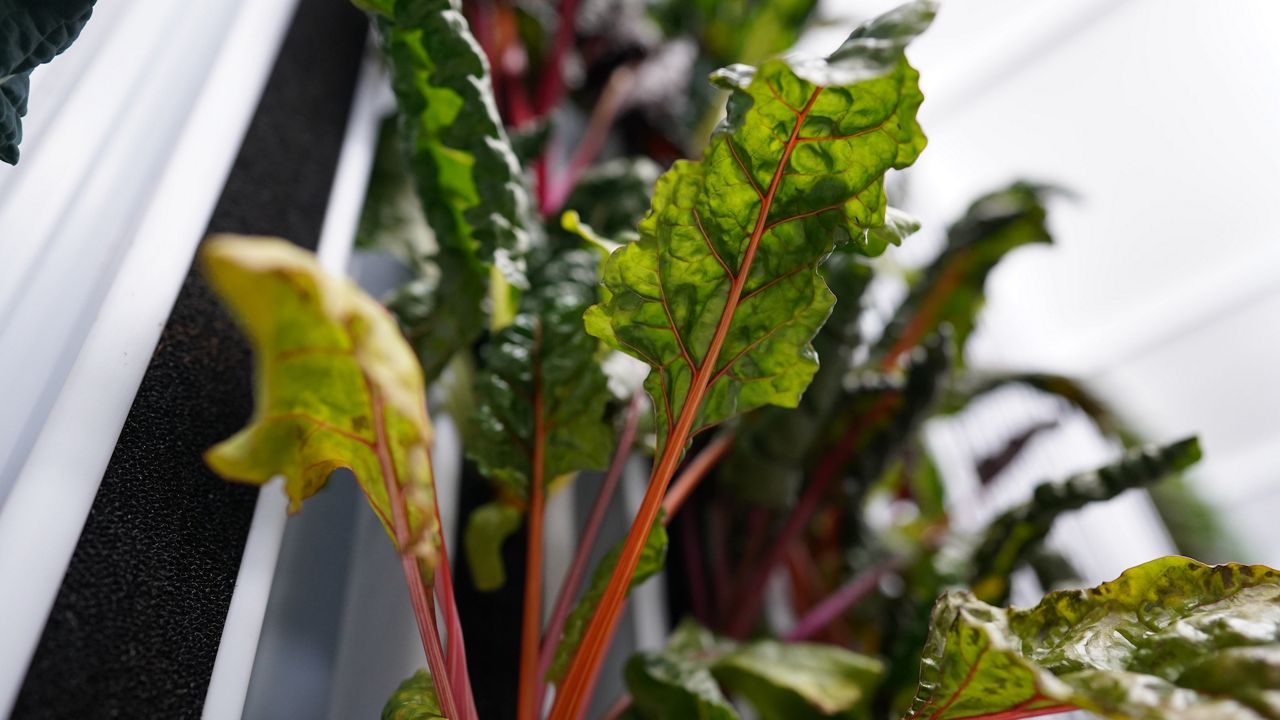 “In essence we sell a lot of things what we would consider baby," Miller explained. Little white turnips is just one crop of many growing inside Falls City Farms. “Right now I’m just pulling off the plug to turnips and then clean up any of the leaves."

The Iraq War combat veteran grows, prunes, packages and sells a variety of greens to Louisville restaurants, online and at local markets.

“Here is our wasabi arugula, this is one of our fresh herbs, our dill, this would be our romaine trio," Miller said while touring his indoor farm.

Scaled down? Maybe, but the hydroponic farm has helped Miller overcome what can be a sizable challenge for soldiers adapting to life after service.

“I got into this post-military, trying to find my next thing because I didn’t know what I was going to do when I got out," Miller said.

Miller served 14 years in the Air Force. His wife Amy is still active with 17 years to her credit. In his pursuit to figure out the next chapter of his life, Miller learned about hydroponic farming from a marine veteran in San Diego. 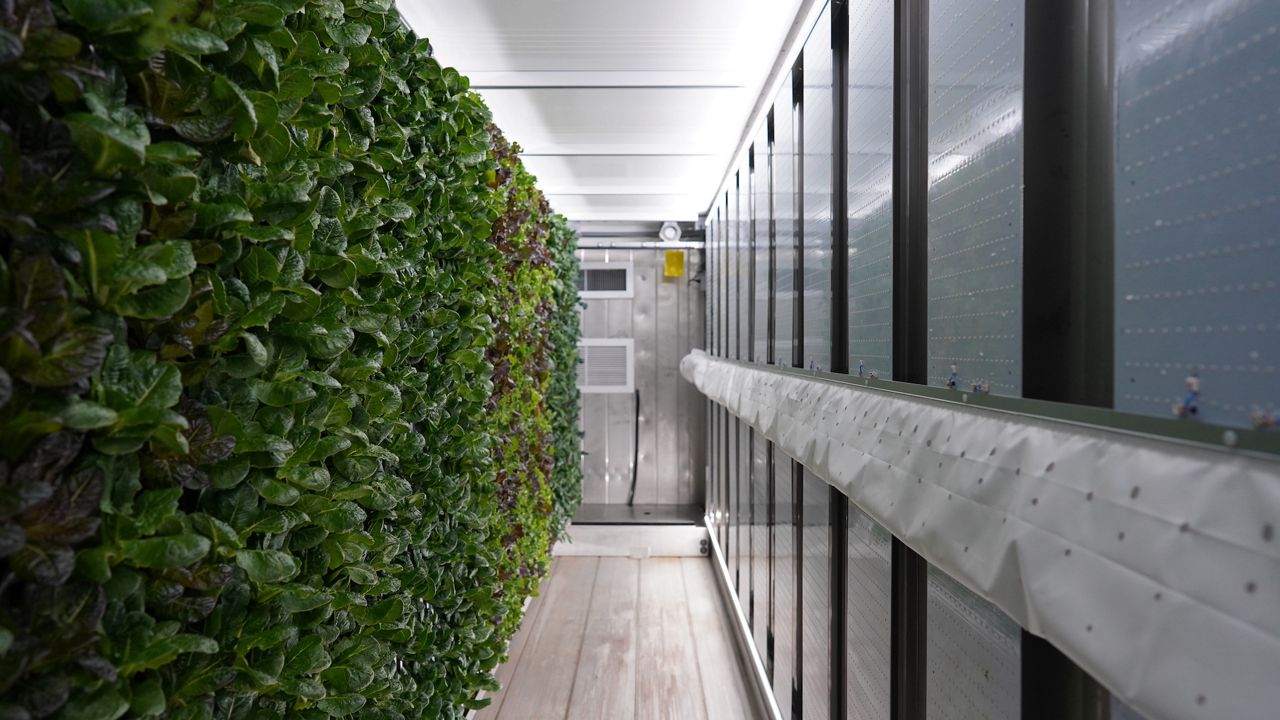 “Because we are in a shipping container, the plants and the crops don’t get any of the big yellow sun outside so we have to create that inside," he said. "So we do LED lighting because it is better from an energy standpoint as well as heat."

Miller has lots of time and enough room to think about his life as a solider and his new career as a farmer.

“If I am being frank with you, I miss being surrounded by other airman and folks I used to lead," he said. "But it is calming to be in here with the plants and at the end of the day, that’s one of reasons I chose this path.”

He was after peace and a purpose, and now his purpose includes bringing other veterans aboard.

“A lot of veterans, as we know, suffer from trying to find that next mission. Hopefully one day soon be able to bring fellow veterans in here to teach them the art of farming through hydroponics to to help them find peace and purpose as well," Miller said.

At first, Falls City Farms may appear to be a small operation, it’s only until you spend time on the inside do you see all the big ideas growing.

“I fell in love with the sense of a day’s accomplishment of work, a sense of comfort of being inside a greenhouse," Miller said.