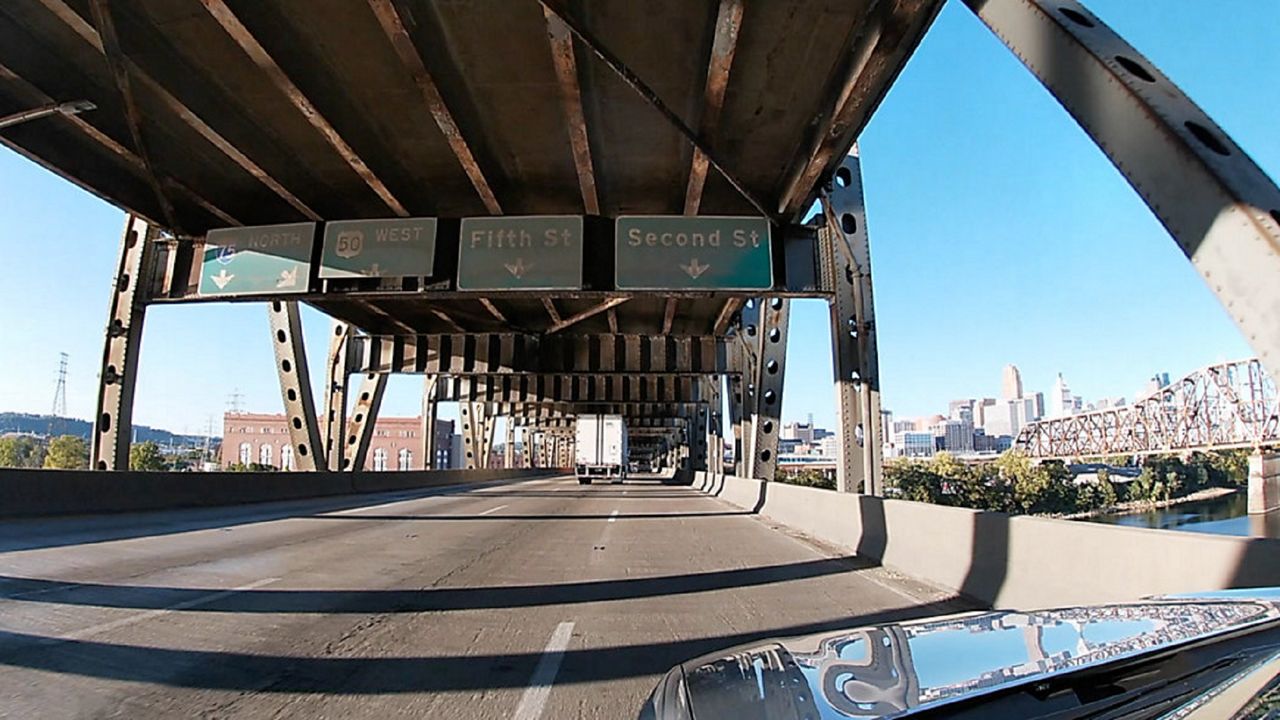 “Beginning Friday night, and continuing until early Sunday morning, travel will be reduced to one lane northbound and access to I-75 and I-71 will be impacted,” said KYTC District 6 branch manager Cory Wilson. Wilson added in the statement to Spectrum News 1, “Once the work this weekend is completed, the new travel pattern will be in place and changing lanes on the bridge will not be possible. Traffic in the far left lane will proceed to I-75 and traffic in the far right lane will proceed to I-71. The two center lanes on I-71/75 northbound across the bridge will be closed.”

By 5 a.m., Sunday morning, two lanes of travel will be restored, and the following traffic pattern will be in place:

This traffic pattern is expected to remain in place through Sunday, Aug. 29, weather permitting.

KYTC says there are no plans for the southbound travel lanes.

According to the KYTC, the crews are making progress on the project.

“We are more than 50% complete with the maintenance project on the bridge,” said Bob Yeager, Chief District Engineer of KYTC’s District 6 office. “This is a routine project that is part of the normal life cycle of a major structure like the Brent Spence Bridge. Just as you have to perform regular maintenance on your personal property like your car and your home so it stays in good working order, we have to perform regular maintenance on our public infrastructure to ensure it remains safe for long-term use.”

The project is expected to be completed by Nov. 15, 2021, weather permitting.

Amber Smith contributed the video portion of this story.