LOUISVILLE, Ky. — The Kentucky Sports Hall of Fame (KSHOF) grew today after six people with strong ties to Kentucky and even stronger contributions to sports were selected as the 2021 class.

A selection committee comprised of 15 sports media professionals from across the Commonwealth selected this year’s class, according to a press release. All votes by the selection committee were independently tabulated by regional accounting firm Dean Dorton.

Here's who was selected for the 44th Hall of Fame class: 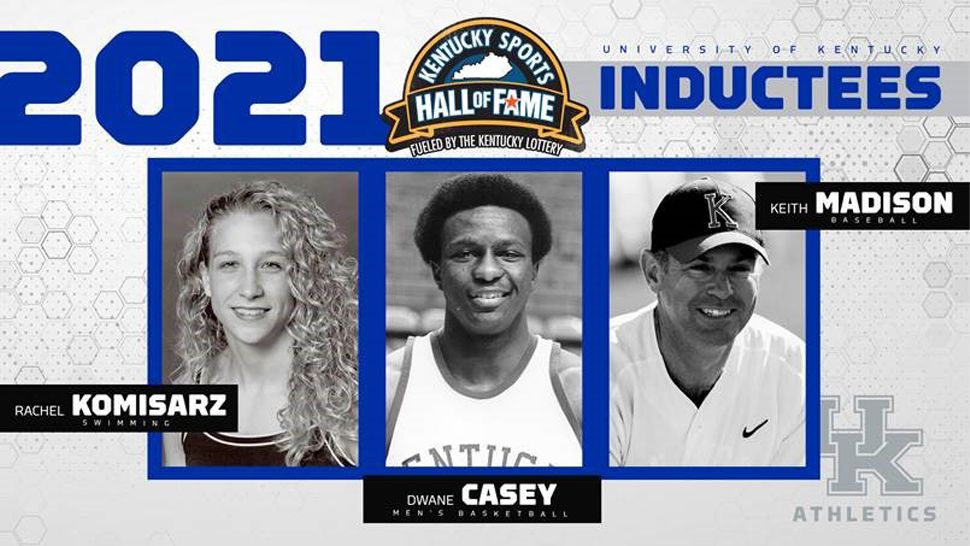 In a statement to Spectrum News 1, officials with the Louisville Sports Commission said the 2021 KSHOF class members and their families will be honored on Sept. 7, 2021, at the Galt House Hotel in downtown Louisville.

"The KSHOF Class of 2021 recognizes six outstanding individuals who represent a broad spectrum of sports and occupations – individuals who had a major impact on sports in the Commonwealth and on the national and international stage," said Louisville Sports Commission President and CEO Karl F. Schmitt Jr. "We appreciate the support of the Kentucky Lottery as our presenting sponsor for the third consecutive year, and the work of regional accounting and advisory firm Dean Dorton for officially tabulating the votes.”

The KSHOF is owned and operated by the Louisville Sports Commission, a Kentucky-based non-profit that hosts and operates sporting events and activities aimed at enhancing the quality of life of the Commonwealth. The KSHOF was founded in 1963 to recognize athletes and sports figures who are Kentucky natives as well as individuals who participated in their respective sport or made a significant impact in their sport in Kentucky.