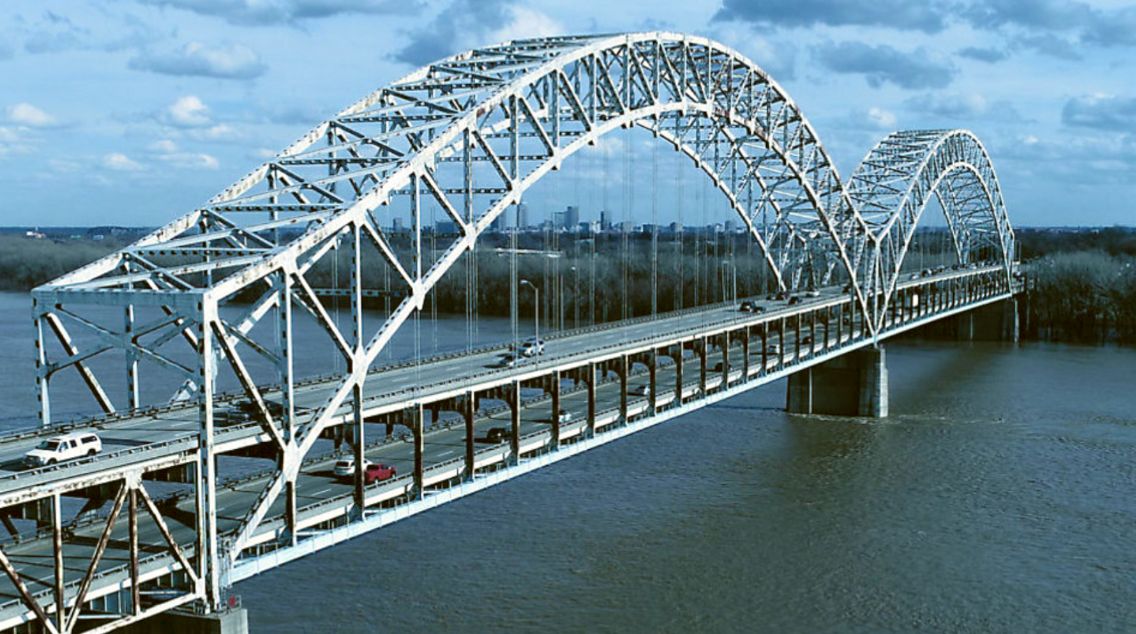 Repair work will begin this week on the Sherman Minton Bridge connecting Kentucky to Indiana in Louisville. (File Phot)

Here's a look at what's happening this week in Kentucky

KENTUCKY — With road construction, city governments seeking residents' input and a chance to watch some of the best golfers, it's shaping up to be a busy week in Kentucky.

Construction work begins this week on the Sherman Minton Bridge connecting Louisville to Indiana. It's part of the Sherman Minton Renewal project. According to the project's website, ramp improvements are being made to prepare for the first phase of the rehabilitation, which will include the first half of eastbound construction on the lower deck and painting of the bridge trusses.

Ramp shoulders at the I-65/I-265 interchange and the I-64/I-265 interchange will be modified to accommodate additional traffic. I-65 and I-265 will serve as a detour route while lanes are restricted on the Sherman Minton Bridge during the construction.

The ramp improvement work should take between one to two weeks to complete. There will be nighttime lane closures during the work. Drivers should also be on the lookout for signs marking detours during ramp closures. The Sherman Minton Renewal project website says the timeline is subject to change depending on weather or other potential delays.

I-64 westbound and I-65 southbound will be reduced to two lanes in the areas described below to accommodate the additional ramp lanes merging onto the freeway.

Drivers should slow down when workers are present in the construction areas.

Then, the public will have a chance to weigh in on possible uses for the funding at three upcoming hearings.

"Louisville and other cities and counties across the country can make meaningful and long-lasting change with ARP funds. We want to understand the permissible uses, hear from the public about community needs and make wise funding decisions," said budget Chair Bill Hollander.

You can also submit input online.

Another Kentucky city is seeking input. Newport is in the process of updating its comprehensive plan for the city. To do so, city officials want to hear from people who live and work there.

Whether you want things to stay as is, or you have ideas for change, you can share your thoughts at a NewportFORWARD Comprehensive Plan open house Thursday from 4 to 7 p.m. at Newport's Festival Park along the Ohio River. It's part of the kickoff to Italianfest.

You can find more information about the project here.

If you're looking for something fun to do this week, you can check out the Barbasol Championship in Nicholasville. It's the only PGA tour in Kentucky this year.

This year, the Barbasol Championship will offer complimentary tickets for active and retired members of the Armed Forces, veterans, first responders and educators.

Members from any branch of service and first responders can get up to four complimentary tickets for family and friends to attend. Military and First Responders Appreciation Day is Thursday. There will be additional events planned to thank those people for their service.

Since it was an unusual year for educators, Barbasol Championship is offering teachers, principals, counselors and school staff two complimentary tickets for family and friends to attend. You can reserve your free ticket or purchase one online.