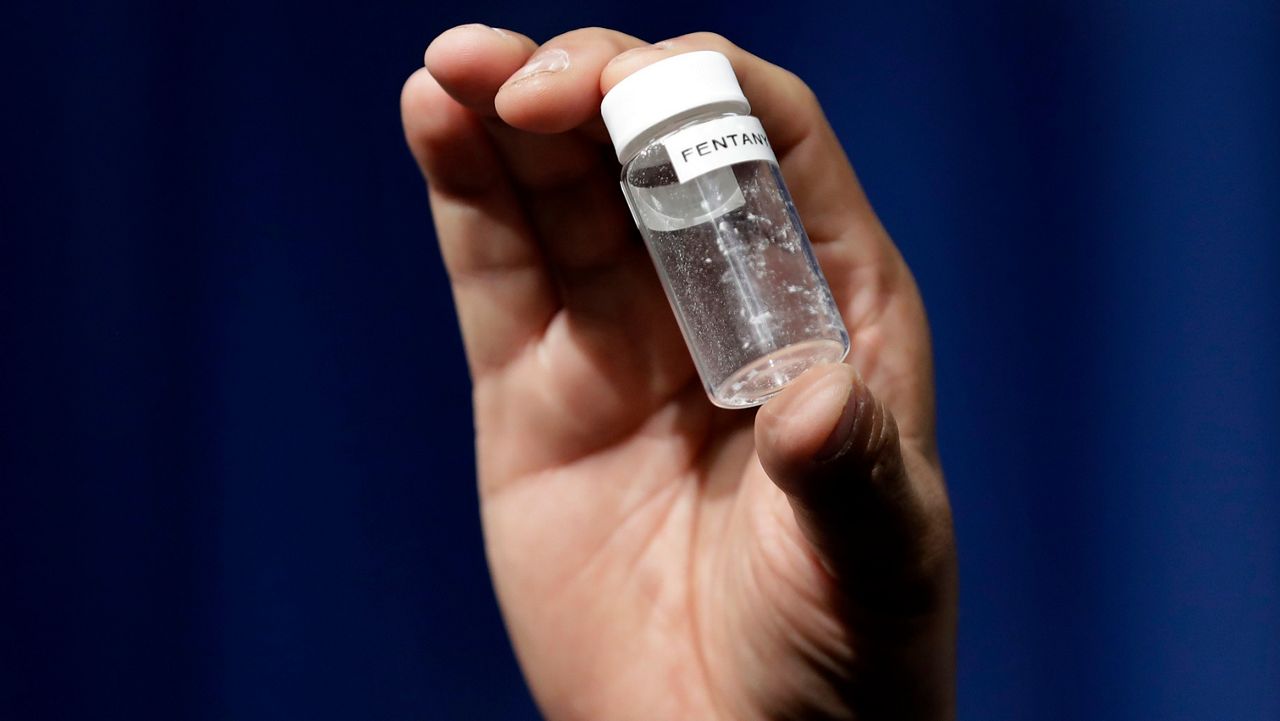 WASHINGTON — A battle is underway in Washington over what to do about a range of illegal, synthetic narcotics known as fentanyl analogues. They have the same powerful effect as regular fentanyl, but each analogue has a slightly different chemical makeup.

That made it hard to crack down on them until the Trump administration put all of the analogues in the same banned category as heroin and LSD. But not everyone agrees that was the right move.


“The solution is not to increase penalties or have stricter sentencing. Invariably, that harms people in recovery and harms people who use drugs,” said Alex Elswick, a professor at the University of Kentucky and advocate for people with substance abuse disorders through his non-profit, Voices of Hope.

When Elswick was 18 years old, he grew so dependent on the opioids prescribed to him for an outpatient oral procedure, he said his life unraveled.

“It took me all the bad places that a man can go. I went to jail, I went to six or seven treatment centers. I ended up homeless in four different cities," he said. "And I spent the very end of my addiction in 2013 sleeping under a bridge in Dayton, Ohio. I ended up checking into a Salvation Army, which is a homeless shelter there. That's where I really started my recovery journey almost eight years ago."

Elswick is closely watching the debate in Congress on how to classify fentanyl analogues – man-made drugs that are slightly different chemically from fentanyl, but have a similar impact.

Kentucky's senior senator Mitch McConnell, the Republican leader, is among the loudest voices in support of permanently classifying fentanyl analogues as a Schedule 1 drug, which yields the severest possible penalty.

But Elswick and some Senate Democrats argue further criminalization is part of a continuation of the failed war on drugs, popularized by President Nixon 50 years ago.

“My home state of Kentucky logged a 50% year-on-year increase in overdose deaths. Fentanyl and its constantly-changing analogues are as toxic and lethal an illegal drug as there is…Some corners of the soft-on-crime left want us to do nothing. They are unhappy with the sentences that can be imposed on drug dealers as a result,” said McConnell in remarks on the Senate floor in the spring.

Some Democrats oppose the classification – in part because Schedule 1 drugs require mandatory minimum sentences, a target of criminal justice reformers. They argue mandatory sentences lead to more incarcerations but do little to deter use and demand.

“Fentanyl analogues are insidious and dangerous. We need to deal with this issue in a holistic way that’s not going to end up being a repeat of the failed war on drugs where we treat people who are caught with ten grams, mandatory five year penalties for people that might just be addicted and need some accountability for the laws that they broke but really need help,” Sen. Cory Booker, (D-NJ) told Spectrum News in May.

Elswick agrees. “It will negatively impact communities of color disproportionately."

Booker said there's been a lot of “constructive dialogue” about the issue in the Senate.

In May, Congress kicked the can down the road. By a voice vote, lawmakers extended the temporary classification of fentanyl analogues as a Schedule 1 drug until October. President Biden signed it into law.

Spectrum News 1 sent several requests to the Department of Justice over three months asking how fentanyl analogues should be permanently classified. They had no comment for this story at the time of publication.

“At the heart of the problem is an overdose epidemic. That's the harm we're really concerned with trying to do away with,” Elswick said.

In 2020, the Centers for Disease Control and Prevention recorded more overdose deaths than any year on record.​

Voices of Hope recommends continuing to expand access to Naloxone, the powerful overdose antidote, and medication for opioid use disorder among other policy solutions like bolstering 911 Good Samaritan laws to encourage people to call for help when someone has overdosed. Elswick even suggested the more radical idea of creating safe injection sites, medically supervised facilities where people can consume illegal drugs.

Editor's note:  A quote was used twice in the original version of this story. The second reference was removed.