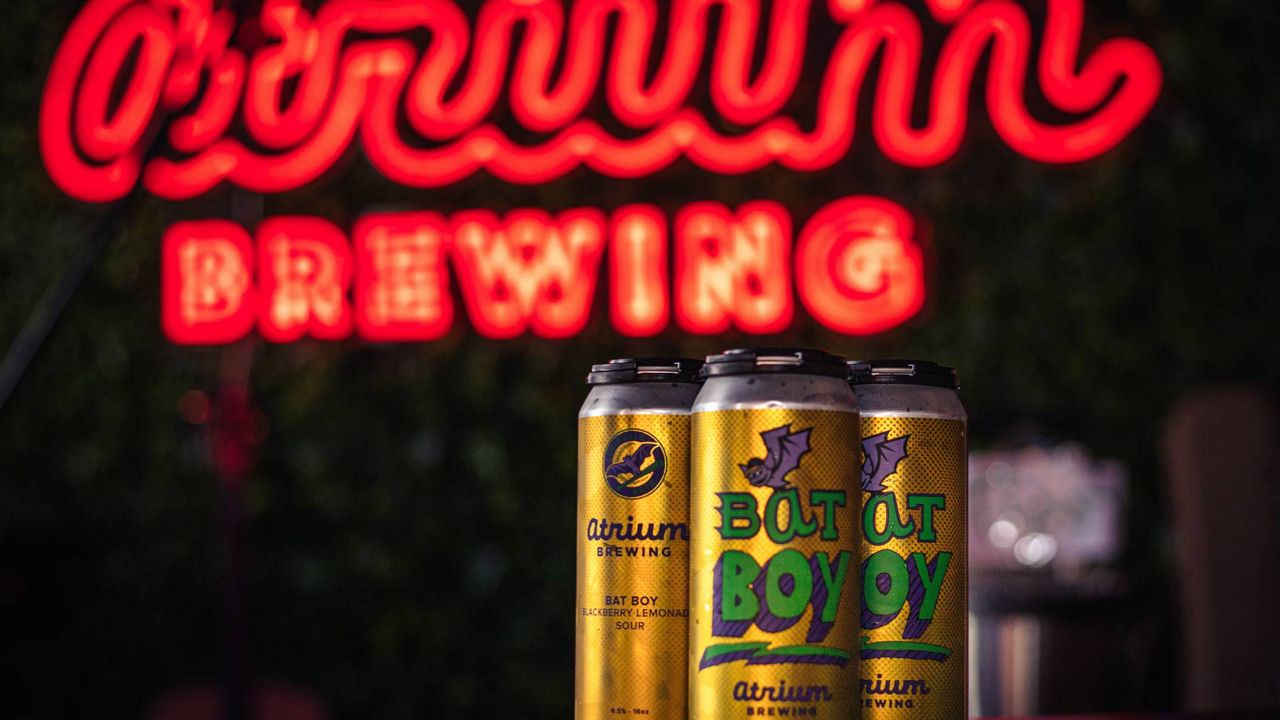 A closer look at a four-pack of Bat Boy brews at Atrium Brewing. (Louisville Bats)

LOUISVILLE, Ky. — There’s nothing better than eating a ball park hot dog, cheering on the home team, and drinking a cold one and the Louisville Bats have launched an exclusive drink that will take you back in time.


The Bat Boy, a blackberry-lemonade sour was created in partnership with Atrium Brewing. The yellow can features a retro “RiverBats” logo that made its debut from 1999 to 2001.

“The old Bats logo, it's got a baseball jersey kind of feel and it's very nostalgic. The can is very very nostalgic and it brings up all sorts of old fun memories of the old logo and just sitting around drinking lemonade shake-ups, its an adult lemonade is how I like to think about it,” Spencer Guy, head brewer at Atrium Brewing said.

The Bats and Atrium Brewing hosted a launch party July 5, where visitors could get a taste of what Slugger Field would later debut on July 9.

It's an opportunity Louisville Slugger Field has never had before – pouring local beer.

“Anheuser Busch actually had exclusivity over the whole entire beer category at our ballpark previously. We now are a Molson-Coors, which is a Miller and Coors Lite ball park,” Jillian Waitkus, director of business development for the Louisville Bats said.

Waitkus said the Louisville Bats created the majority of their renovations based around the bars and why they wanted to incorporate as many local craft beers as they could into the ballpark.

“[We wanted to] offer ourselves as a platform for those beers to get out, have that brand recognition. Also for a lot of the people coming through the ballpark, this is their first opportunity to try these beers they might not have had especially for a lot of our regional fans that come in from out of town,” Waitkus said.

After starting their business during the pandemic in September 2020, Atrium wanted to dedicate a beer to the city that helped them survive.

“It's just so exciting to finally be able to do something like this. It is definitely a community beer, we just want to bring people together, that's what beer is all about,” Guy said.

But ultimately, the team hopes the new drink will spark conversation about craft beer.

Bat Boy is now available on tap at Louisville Slugger Field. The Bats are also offering special tickets on Fridays, which includes an outfield reserved ticket and two Atrium beers for $19.