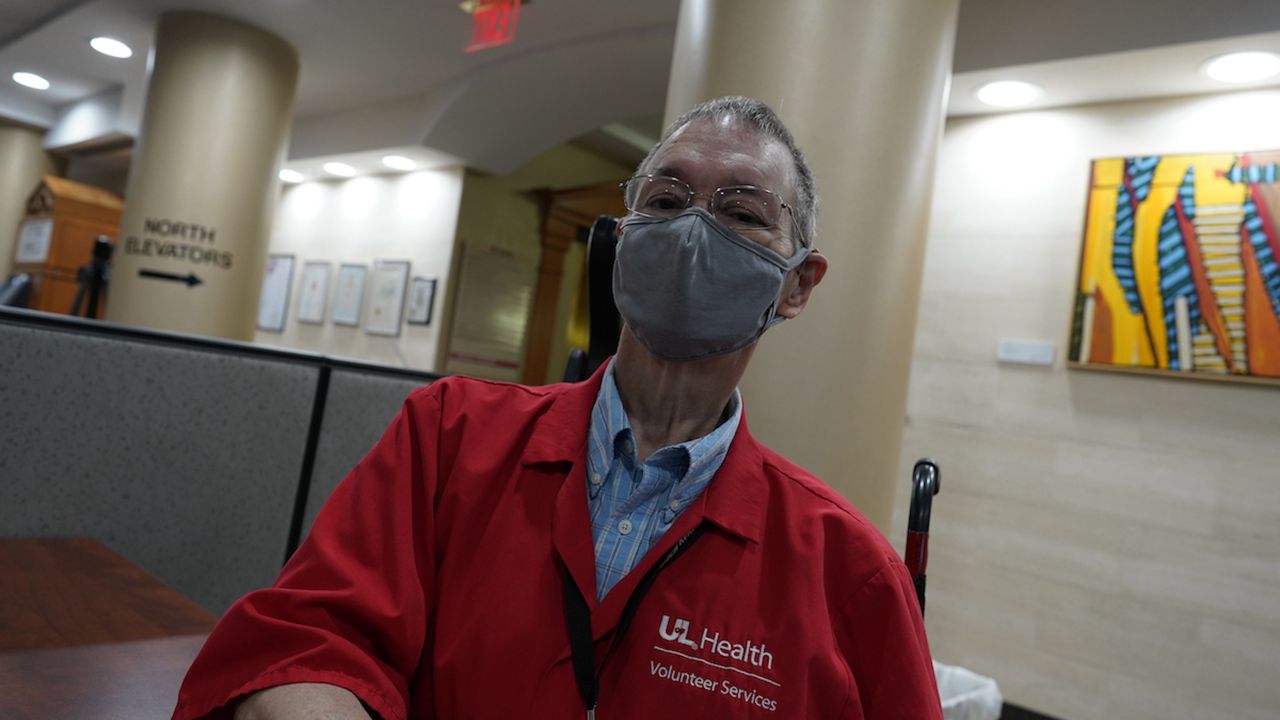 Patients visiting the Frazier Rehabilitation Institute in Louisville are usually long term and frequent visitors. Jerry Giancola has gotten to know many of them over the years as a longtime volunteer.

The 73-year-old can be spotted several days a week manning the information desk. He greets everyone with a smile.

“They don’t live here but they come in and out everyday, and I just try to be encouraging because most of them know me because I’ve been here so long," Giancola said.

Giancola knows Frazier probably as well as anyone seeing as he's been a regular volunteer here since 2015. He was a patient here even before that.

“This arm won’t go all the way up anymore," Giancola explained.

The former college business professor and analyst has a rare condition called Pompe Disease. It only affects a few thousand people worldwide.

Giancola said it's always been with him but it wasn't until his 40s that it started to have a debilitating effect on his health.

“I started having trouble walking up steps, getting in and out of a chair and the reason I ended up in a wheelchair is because when your muscles are weak, your bones are brittle." Giancola said.

He's had several significant breaks in the last 15 years and that's why started using a wheelchair. Giancola believes through several advanced therapies, he's kept the affects of Pompe Disease from worsening.

Through it all however, Giancola's will is stronger than ever. 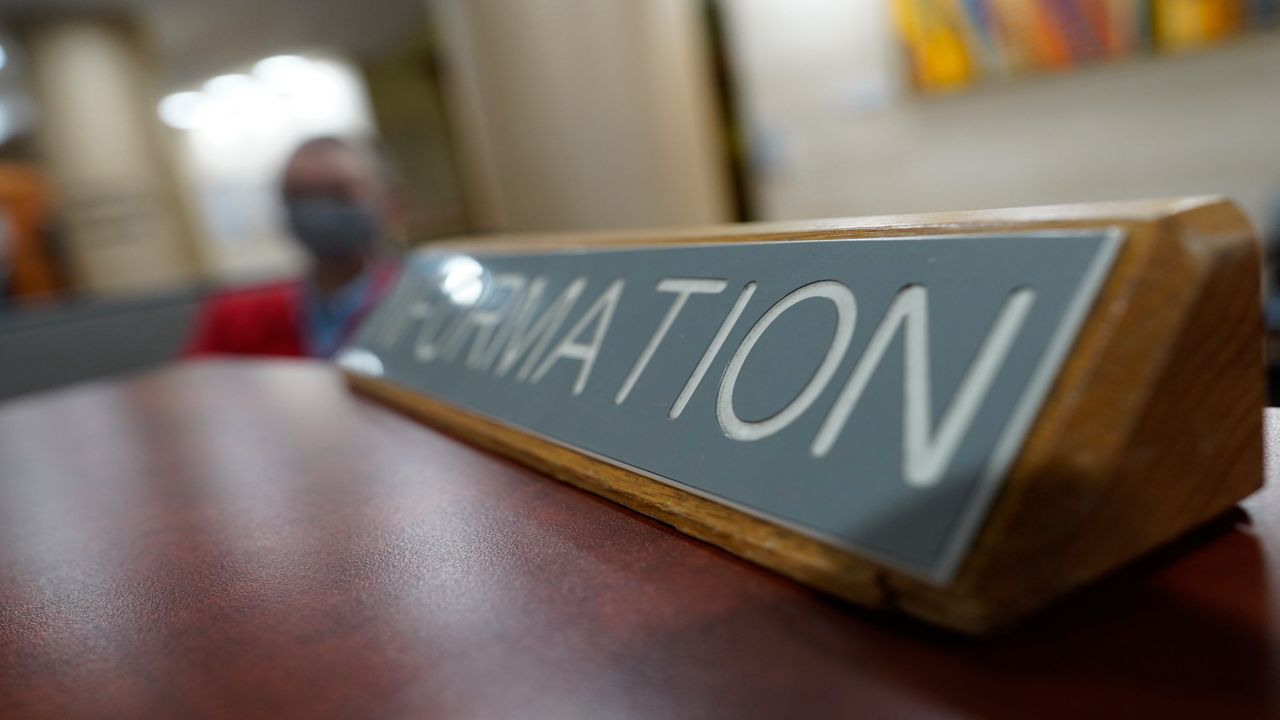 “You know, himself being in a wheelchair is great incentive and a great story to show others that are coming in here for treatment ... that life goes on and you can still do great things," Terrilyn Green tells Spectrum News 1.

Green is the Director of Volunteer Services & Guest Services at UofL Health. Green said that for months, volunteers were kept home during the pandemic but since restrictions have loosened, volunteers like Giancola have returned to their posts.

"To have that warm friendly face that can great you when you walk in the door and help you get you where you are going is absolutely a huge attribute," Green said.

While technically Giancola is the hub of information at Frazier Rehab, his favorite part about volunteering is listening.

“I really don’t like to talk about myself. I'd rather listen to you or whoever is in front of me," he said. "I learned a long time ago that people just want to be listened to. They don’t want to hear “I” or “my” or “me,” they want someone to listening to their story."