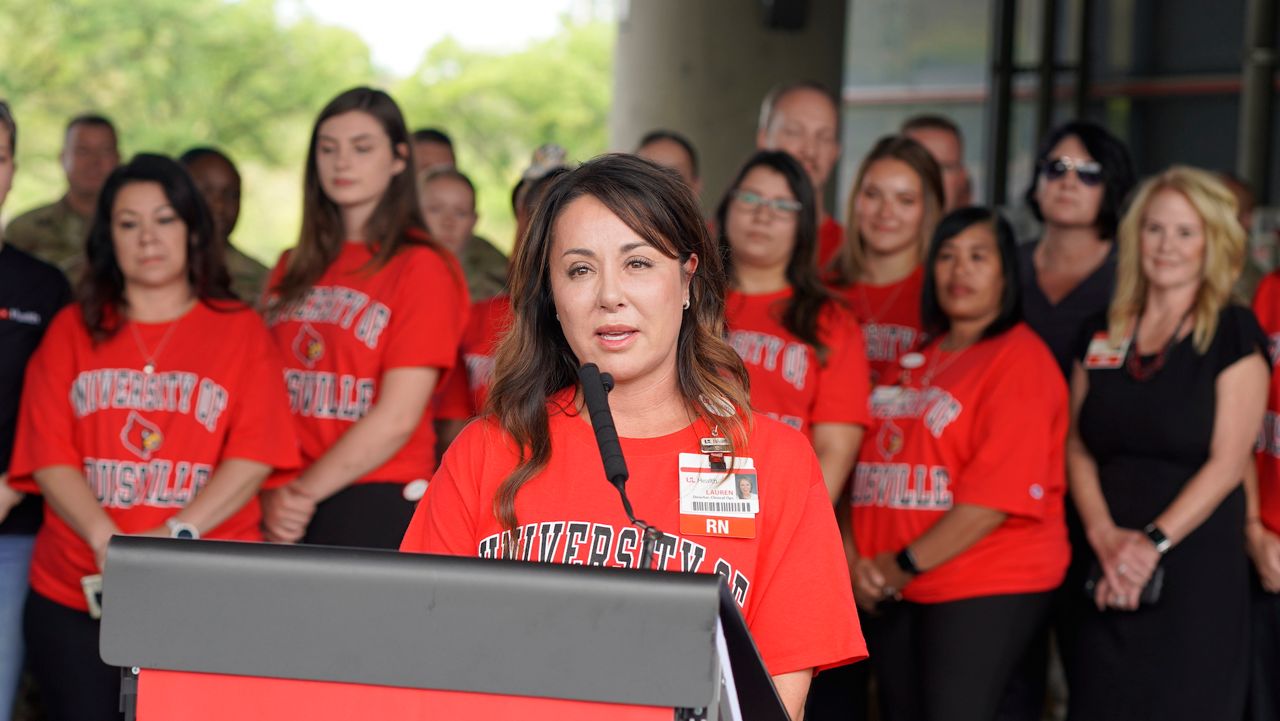 LOUISVILLE, Ky. — It's the end of a foundational chapter in the fight against COVID-19 in Kentucky. UofL Health closed its Liberty Street drive-thru testing site, the first to open in Kentucky, on Wednesday.

UofL Health leadership gathered Wednesday to thank those involved in the massive testing and vaccination efforts.

“The work we have done is monumental here and it really is something that is special," Assistant Chief Medical Director Dr. Hugh Shoff told the crowd.

Dr. Shoff was flanked by several dozen health professionals wearing red shirts signifying they had been at the site since it first opened.

“I will say I will always and will forever be indebted to the people of the Commonwealth," Dr. Jason Smith added.

The Liberty Street drive-through site administered more than 90,000 tests and nearly 150,000 vaccinations during its span of operation, more than 15 months.

Wright was the on-site medical supervisor helping lead a team of health care staff as they fought to rid the city of the coronavirus. She’ll continue to work for UofL Health but this is everyone’s last day at the drive-through site.

Testing and vaccinations will continue but in a smaller clinical and primary care setting.

“Never did I envision me being able to stand up here with such emotion to tell you how sad I am to leave this amazing team of people," Lauren Hicks told her staff. Hicks is the Director of Clinical Operations for UofL Health. “I couldn't have done it without the people behind us.”

Also recognized Wednesday were Kentucky Army and Air National Guard for their role in the massive undertaking.

“My hat is off to them and I am really proud of them for what they did," Brig Gen. Jeffery Wilkinson told his service members in attendance.