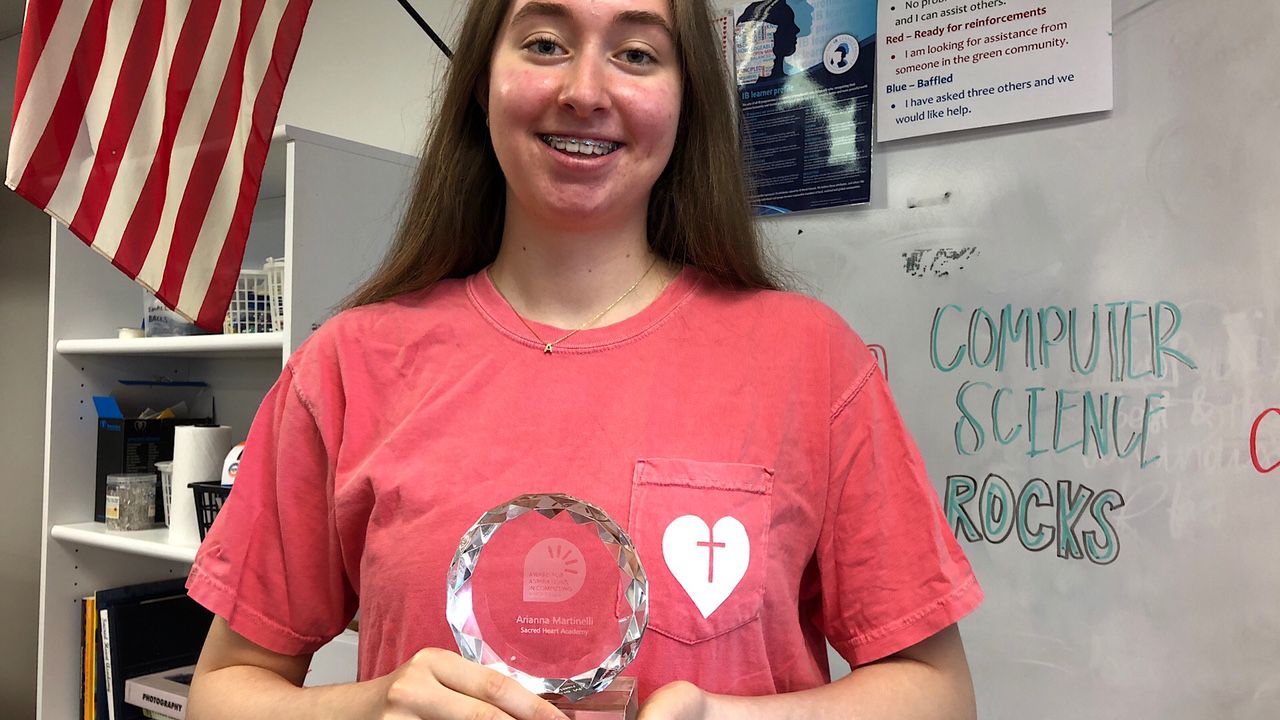 LOUISVILLE, Ky. — When the all-girls private school Sacred Heart Academy in Louisville hosted its coding camp for middle school-aged girls this summer, 16-year-old Arianna Martinelli was one of the leaders.

She taught design thinking and helped the campers build a website. The opportunity gave Martinelli a chance to combine two passions: coding and empowering more girls to code. 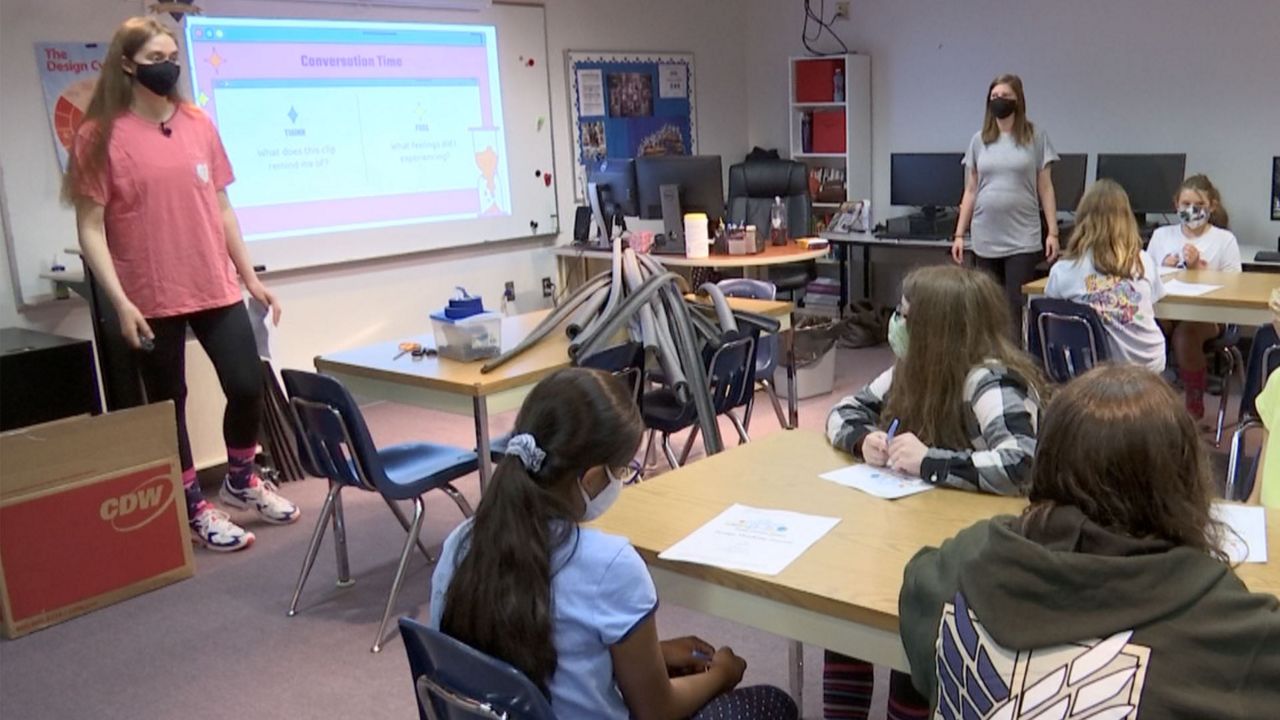 When Martinelli started her freshman year at Sacred Heart, she took a class where she first learned to code.

“I love the ups and downs and highs and lows,” Martinelli said about coding. “So you run it, and it doesn’t work or it doesn’t work the way we want it to work, and that’s really discouraging, but then when the program works and everything is great. It’s so gratifying,” Martinelli told Spectrum News 1.

Since that first class, Martinelli has developed her coding skills. She just finished her sophomore year and is pursuing the computer science concentration at Sacred Heart. Martinelli also founded her school’s Hack Club chapter, which is part of an international network of high school coding clubs.

However, a quick look at Martinelli’s LinkedIn profile also shows her passion for coding goes beyond the classroom.

“I really get to like dip my toe in the water in a bunch of different things,” Martinelli said. “Through my app, I can understand entrepreneurship. Through Moxie Girl, I can go more into mental health and girls, more of the development process of the app, and the design behind the app, and working with users. So I think everything overlaps and works together in a way.”

Martinelli’s passion for coding radiates when she talks about it, but that same energy is also felt when she speaks about empowering more girls and women to pursue coding.

“Girls and women bring really diverse perspectives and great ideas to the table. When they do that we can make the technology that we are building as bias free as possible, and they also bring problems to the table, and they can help solve those problems. So women really bring a lot,” she said.

Martinelli’s passion for coding and empowering more girls and women to code hasn’t gone unnoticed. This year she received the 2021 National Award for Aspirations in Computing by the National Center for Women & Information Technology.

“I think the sky’s the limit for Arianna. She’s already developed some really great apps. Really she’s going to change the world with whatever she decides to do,” said Martinelli’s Computer Science Teacher Connie Kuebbing.

“I just have fun doing it, and I have fun working all the time,” Martinelli explained. “Coding is definitely really amazing, and there’s so much you can do with that, and so much change you can make happen and so much impact.”

Tandem, the app developed by Martinelli and her brother, is looking for high school volunteers and senior citizens to register for its pilot program. If you’re interested, you can find more details here.