NEWPORT, Ky. — Public access to the popular Purple People Bridge in Newport has been put on pause over the past few weeks.


The people who own the bridge continue to ponder the potential extent of repairs needed after a particularly large stone plopped into the Ohio River. 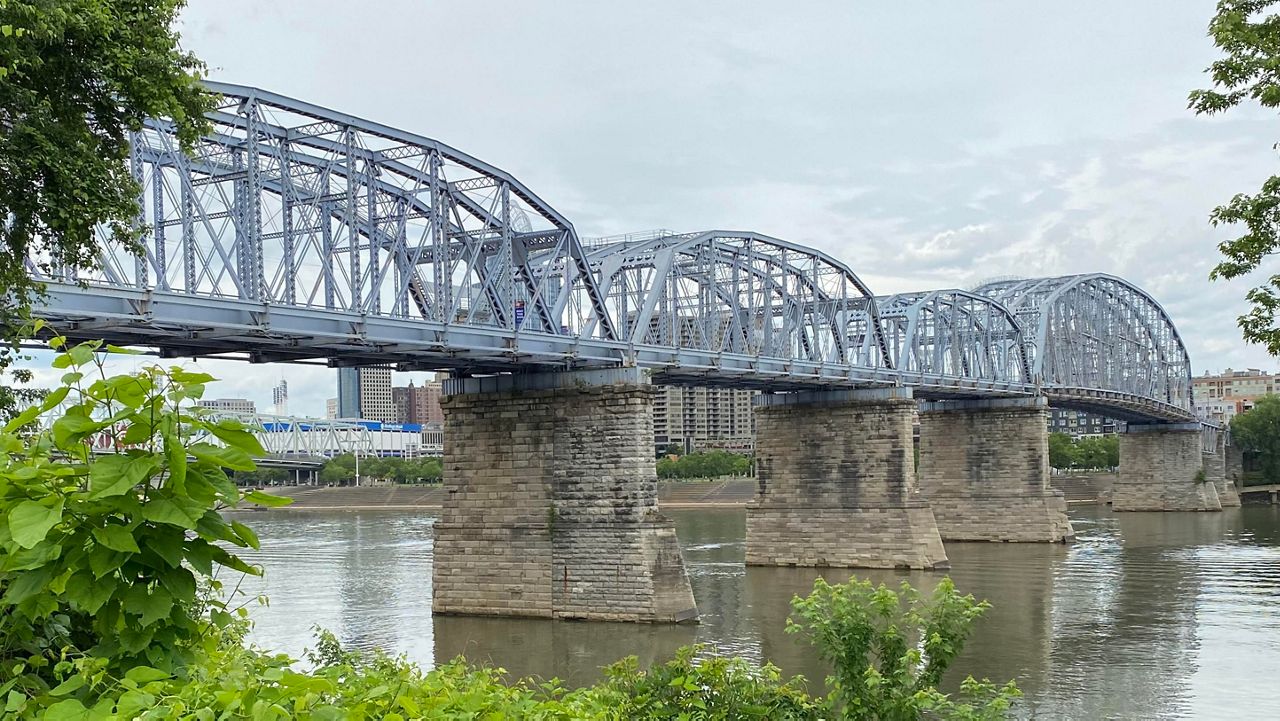 The bridge has been closed for three weeks. (Spectrum News 1/Sam Knef)

On a normal day, you’ll see hundreds of people like Sterling Hamilton and Ethan Dickens walking across the bridge, but for the last three weeks, they’ve had to walk on by.

“It's definitely a staple for us. Even on days like this where we have nothing to do, it’s kind of a hangout on the levee, and just walking the Purple People Bridge is kind of a thing to do for us every now and then, so with it being closed, it’s kind of an inconvenience for us,” Hamilton said.

“Definitely a major inconvenience,” Dickens said. “Just because this is just another point of access into Cincinnati, and this is like the third bridge now from Covington or Newport to Cincinnati that has had issues, so it kind of sucks.”

On May 11, a large stone fell from the northernmost pier of the Purple People Bridge, which normally provides easy walking access to and from Newport and Cincinnati.

The bridge’s owner, Newport Southbank Bridge Company, has provided no timeline for its reopening.

Jeff Barbee, who was in Newport visiting, said the closure was disappointing to see.

“Stopped to come down and take a look, and it’s closed up,” he said. “It’s kind of a neat deal. It’s kind of unique. It’s the only place I know where a bridge is kind of private, held for parties. They didn’t tear it down. I think mostly because of the history, and now it functions as part of the community, so it’s pretty cool. I’ll come back, and it’ll be open then hopefully.” 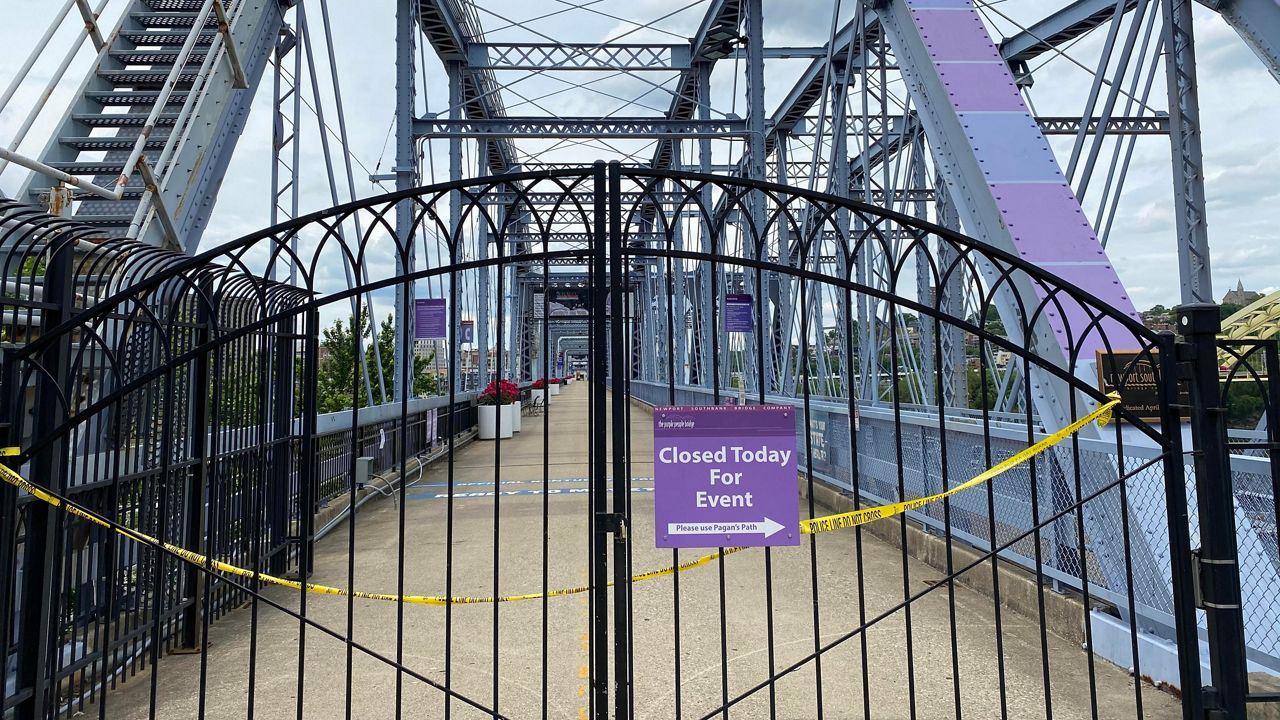 The bridge's owner has provided no timeline for its reopening. (Spectrum News 1/Sam Knef)

On May 27, Newport Southbank said on Facebook it had retained an engineering firm to evaluate “the status and safety” of the bridge “to determine the potential extent of repairs needed to reopen.”

“We once again ask for the public’s patience as we work diligently to reopen the popular span, so that it can be enjoyed in the safest manner possible,” the post reads.

Hamilton and Dickens said that’s just fine with them.

“Safety before anything. We’d rather it get done the right way than quick, and you know, something else happens again, it’s another inconvenience for us,” Hamilton said.

“I think that has been an issue anyways, doing things too quick instead of the right way,” Dickens said. “Just do it once, and just get the job done honestly.”

Newport Southbank has not detailed the extent of the damage since the incident occurred.

The Party on the Purple has had to be moved to alternate locations during the closure.