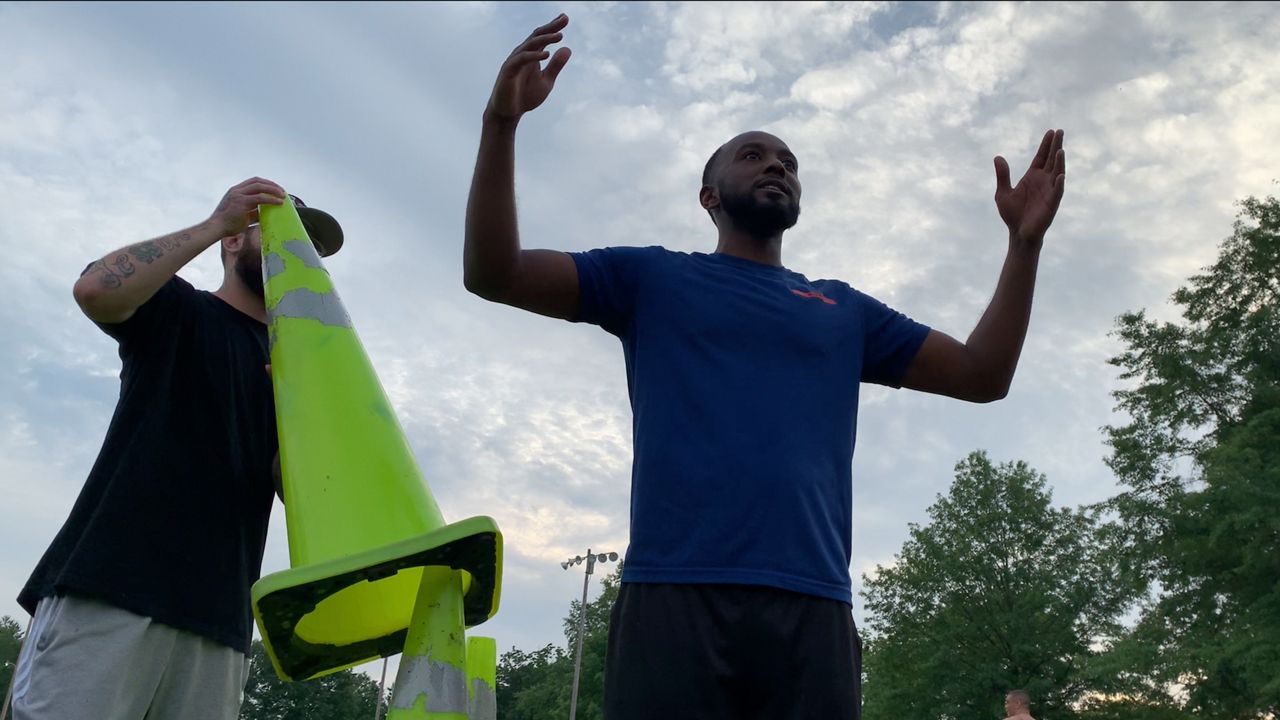 Louisville, Ky. — Twice a month, Jenni Kelley and her friends head to a Louisville park to play games. The pandemic kept a lot of them apart this past year.

On a humid May evening, the group looked like the dozens of other smiling visitors to Seneca Park. After a long year of COVID-19 caution, many were eager to enjoy warm spring nights together again.

But, it could be argued, no one in the park needed to get back together more than Kelley's friends.

"There’s no words for how difficult recovery can be without connection," she said. "We need each other."

May brought with it the return of bimonthly outings for the Louisville chapter of Young People in Recovery (YPR). The national addiction recovery nonprofit has eight chapters in Kentucky. Members do not describe themselves as addicts; rather as "Someone working toward long-term recovery." While some organizations champion anonymity, YPR hosts public events and encourages its members to share their victories and challenges with others.

For YPR-Louisville, there had been much of both over the past year. Kelley, Louisville's chapter lead, described a basement recovery center down.

"Really soon into COVID there started becoming what was called as a death wall ... just since COVID started," she explained. "And we were able to see tangible evidence on how this was affecting people, and these were people that had just been at the meeting the week before that were found overdosed in their beds."

The group mourned loss, but also celebrated new additions who found strength in the pandemic's uncertainty. Dewayne Mitchell was the first one to help setup cones at the park that evening for flag football. No score was kept during the game, but Mitchell could have been named MVP. And he ran up and down the field with a smile on his face.

"My sobriety date is June 19 of 2020," he said proudly. "It was something I wanted to be a part of, you know, because I’ve always been apart from, and they accepted me."

"When I made the first scary decision to go to rehab I got really great things out of it," she said. "So, I was like, 'OK, I just need to keep making these really scary decisions, over and over again, and it will only bring good things,' and that’s kind of been true so far."

The teams played football well into the evening, with friends and families watching from the sidelines. Once the sun went down, they put glow sticks in the ground and on themselves, and started playing with a light-up Frisbee.

When a game means more than a game, sometimes you don’t want it to end.