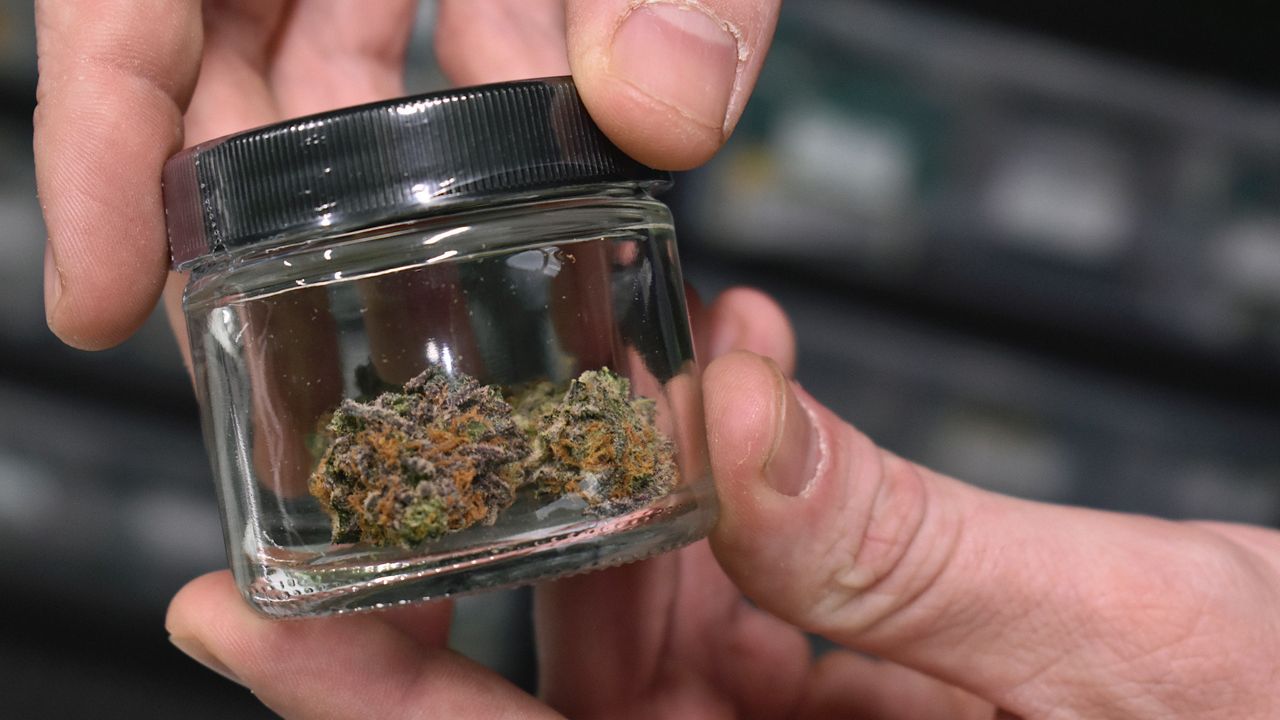 Marijuana bill sponsor regroups ahead of next session

After his fourth episode, he said, doctors diagnosed him with epilepsy. He said he found a treatment that helps keep his seizures at bay, but it brings with it new challenges.

"Cannabis actually helps my condition," Carter said in a May interview along Louisville's Ohio River waterfront.

As a Kentucky resident, Carter is using marijuana illegally, even if it keeps his seizures at bay.

"As a free American, I should have the ability to choose what my medicine is, and that’s what I’m exercising right now," he said.

Carter is a member of the advocate group Minorities for Medical Marijuana. They work with elected officials to advance their goal of decriminalizing medical cannabis. Carter said State Rep. Rachel Roberts, a Democrat representing part of Campbell County near the Cincinnati border, has been a partner in this effort.

Last legislative session, Roberts filed HB 467, which goes beyond medical aims and would legalize and regulate recreational marijuana as well.

In Kentucky's conservative-controlled legislature, HB 467 had no Republican co-sponsors and did not advance beyond its initial committee assignment.

"In the legislature, there’s a lot of verbal support," Roberts exhaled. "I’ll tell you, communitywide and Kentucky-wide there is massive support. I’m not sure you’re gonna find a truly more bipartisan issue in the commonwealth of Kentucky than legalizing adult-use cannabis."

For Roberts and others in favor of legalization, there is hope for support from Republicans on medical marijuana. Rep. Jason Nemes, a Republican representing parts of Jefferson and Oldham Counties, filed HB 136 last session to legalize medical marijuana. The bill carried at least 50 co-sponsors whose résumés span the length of Kentucky's political spectrum. However, as with Roberts' bill, HB 136 never made it out of committee.

“I am working to try to get a vote on HB 136 in the Senate. To that end, we will have a hearing on it this summer or fall leading into next year’s session,” Nemes wrote in an email to Spectrum News 1, reported by Adam Raymond in April.

Roberts is also persistent about regrouping and advancing her recreational-use bill.

"I'm taking it down to the studs," she said. She added that she and others rewriting HB 467 will look to what has worked in other states, but will tailor its language to what they perceive as Kentucky's needs and opportunities.

"We can be the last ones to take advantage of this and to bring this medicine to our constituents who are asking for it, or we can read the tea leaves and listen to people who are demanding this," she said.

At the national level, Kentucky Sen. Mitch McConnell — considered by many to be the country’s top Republican — has shown strong support for the nonintoxicating hemp industry, but has repeatedly opposed marijuana legalization. In December, he criticized Democrats for supporting COVID-19 relief that included protections for legal cannabis businesses seeking federal loans.