LOUISVILLE, Ky. — One year after the state House approved a bill to legalize medical marijuana, the furthest such legislation has ever progressed in Kentucky, the years-long effort to give Kentuckians and their doctors access to cannabis took a step back in 2021.

Bills that would have made Kentucky the 37th state to approve medical marijuana were introduced in both the state House and Senate, but neither was assigned to a committee. That means there were no hearings, no public testimony, and no movement.

“I’m highly disappointed this year in the legislative inaction,” said Jamie Montalvo, the executive director of Kentuckians for Medical Marijuana.

Montalvo suffers from multiple sclerosis (MS), a condition that causes him muscle and joint pain, along with sleep problems, numbness and muscle spasms. 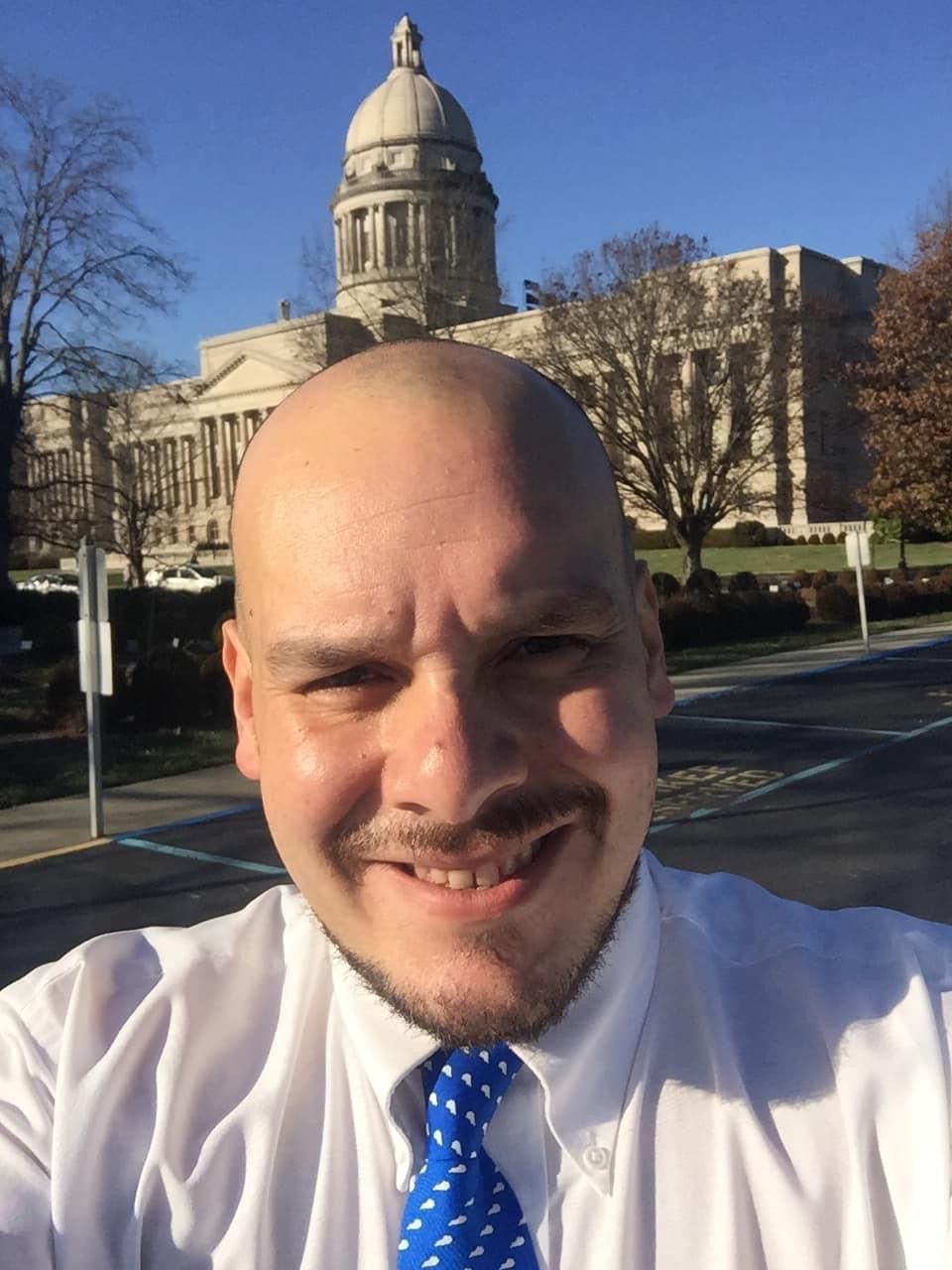 “I’m slowly seeing the muscles in my body degrade and the only thing that seems to slow that or reduce the pain is cannabis, not opiates,” he said.

Montalvo credits marijuana with getting him off of the powerful pharmaceuticals that are more traditionally used to treat his condition. He said many Kentuckians would benefit from the same if the state joined the 36 others around the nation that have legalized the medicinal use of the plant.

While momentum slowed in Kentucky in 2021, advocates for loosening marijuana restrictions have seen several wins this year, including New York’s recent legalization of recreational marijuana use and the advancement of several bills in states such as Alabama and Georgia.

Legalization of medical marijuana enjoys broad support across the state. A February 2020 poll from the Foundation for a Healthy Kentucky showed that more than 90% favor allowing marijuana to be used for medical purposes.

In Frankfort though, a body of 38 is preventing that from happening, according to State Rep. Jason Nemes, the lead sponsor of House bill to leagalize medical marijuana.

Nemes said the legislation, which had 28 cosponsors, didn’t move in the most recent legislative session because it lacked support in the state Senate.

“The medical marijuana bill is being stopped in the Senate,” Nemes wrote in an email. “I am working to try to get a vote on HB 136 in the Senate. To that end, we will have a hearing on it this summer or fall leading into next year’s session.”

Julie Cantwell also has hope for next year's session. A member of Kentuckians for Medical Marijuana, who also started the group Moms For Medical Cannabis, Cantwell said COVID-19 restrictions made the job of lobbying legislators more difficult this year.

“If they can see us in person and they can hear our stories, they have more incentive to actually act,” Cantwell said.

Her story involves a 20-year-old son whose epilepsy would be better treated with medical marijuana than the drugs he currently takes, she said. “He would have way less need for the pharmaceuticals, which cause really bad side effects,” she said.

Cantwell is hopeful that citizens will be allowed back in the Capitol next year, allowing them to share their stories with wary lawmakers. Plus, next year is an election year, which always seems to bring more support to the cause, she said.

Montalvo said even those legislators who are hesitant to support medical marijuana should be able to find something they like in the legislation.

“Cannabis reform is a way to create costs,” he said. “If somebody is able to grow it, process it, sell it, check it for safety — those are all jobs.”

If Montalvo does achieve his goal in 2022, he’ll do it without another longtime advocate by his side. Adam Clayton, who spent years lobbying lawmakers on medical marijuana, died from brain cancer in March.

“He fought valiantly to legalize his medicine — cannabis — and changed the minds of many, including his oncologist and his Northern Kentucky State Senator, after repeatedly beating expectations,” Montalvo said.