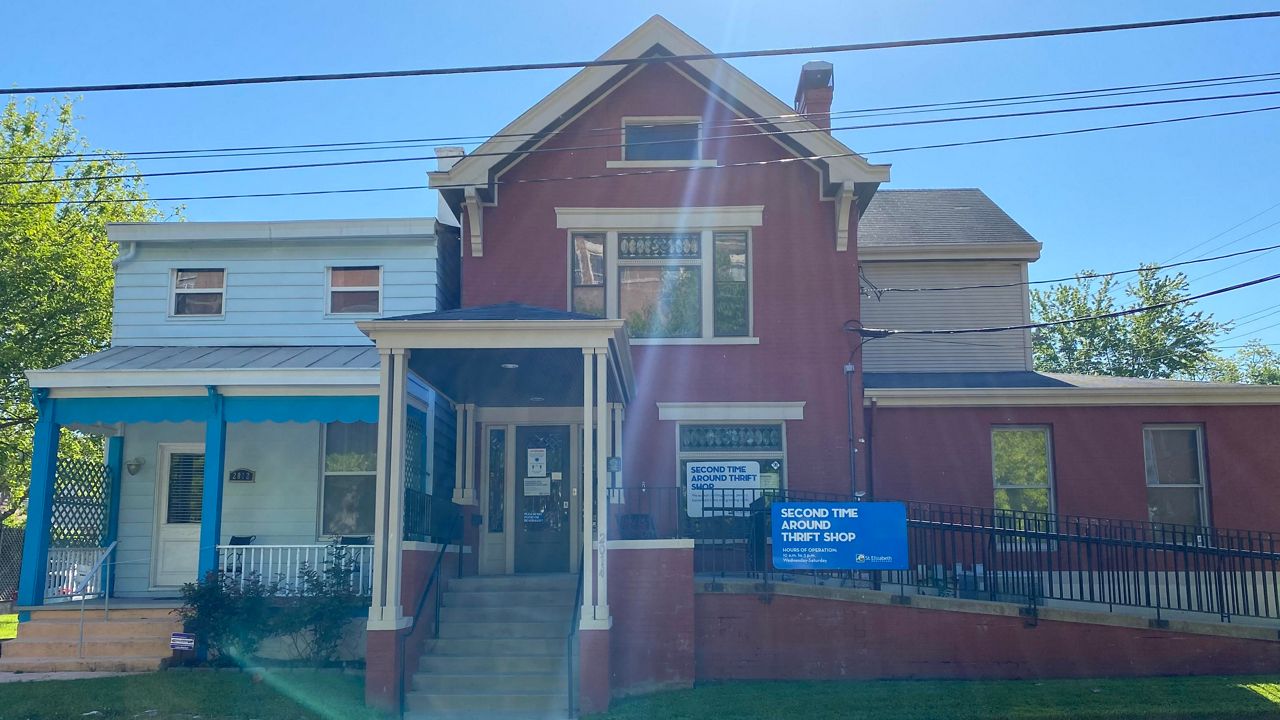 The store is set to reopen in June with a new name. (Spectrum News 1/Sam Knef)

COVINGTON, Ky. — It’s normal for clothing to change hands at a thrift store, but in Covington, the store itself is now changing hands.


St. Elizabeth Healthcare announced it is donating the property at 2014 Eastern Avenue to the Newport-based Brighton Center, which was forced to close its own Clothing Closet thrift store during the pandemic.

Second Time Around is now closed as it transitions ownership, and undergoes cosmetic updates. The Brighton Center serves families and individuals in need in eight Northern Kentucky counties.

While the Brighton Center has a history of helping people, that help is not always easy to ask for, said Kenny Hambrick, a client and volunteer.

“It was hard for me to accept it at first too, because you know my pride was getting in the way,” Hambrick said.

Now Hambrick is helping others at the Brighton Center.

“I need [help] still,” he said. “But you know,  I come to help out the other people, because it gives me pleasure seeing the smiles on people’s faces when they come in, and they’re satisfied with what they get.”

Hambrick is the kind of guy to give someone the shirt off his back. And for those in need of more than just a shirt, who may not have a lot to spend, Brighton Center has that covered too, or at least it did, and soon will again.

The community nonprofit used to operate an affordable clothing thrift store out of its Family Center in Newport.

“And it actually was in this space,” said Brighton Center President and CEO Wonda Winkler, standing in what now is a food pantry.

Winkler said when the pandemic hit, the Brighton Center had to shut down its clothing operations after 50 years of service.

“Because the demand in the community for food was really pronounced,” she said.

She said the center has had about a 300% increase in need for food since last March on need for food. It needed the space being used for the thrift store to focus on food distribution and food insecurity.

All the while, St. Elizabeth was continuing to operate its thrift store, Second Time Around, on Eastern Avenue in Covington.

St. Elizabeth approached the Brighton Center about donating the store, and now it’s getting its own second time around.

“It was really a win-win. A way for us to reignite our operations. Because we can’t do it in this space. And to be able to move our operations to Covington, and continue their legacy there,” Winkler said.

Hambrick said he thinks it’ll be a big help to the community.

“It means a lot, because there’s still people coming here looking for it, because when we got the stuff, it was at a very low cost,” he said. “And it really helped out a lot of families that way.”

The store will operate under a new, yet-to-be-announced name. It will make access to affordable clothing and household items one less thing families need to worry about as they bounce back from the economic blows of the pandemic.

“Our thrift store really helps families, particularly if you’re living paycheck to paycheck, to be able to make ends meet,” Winkler said. “All of those resources will go back into the operation of our mission. Always have and always will.”

“I mean, I get people saying if it wasn’t for Brighton Center, we wouldn’t have made it,” he said. “If you’re low on anything, they try to help you out with anything they can. And most of the time they do.”

“And for those of you that need the help, take in your pride and come and check us out,” he said.

The thrift store is set to open on June 9. The Brighton Center is also considering putting in some affordable housing on the top floor of the building in the future.