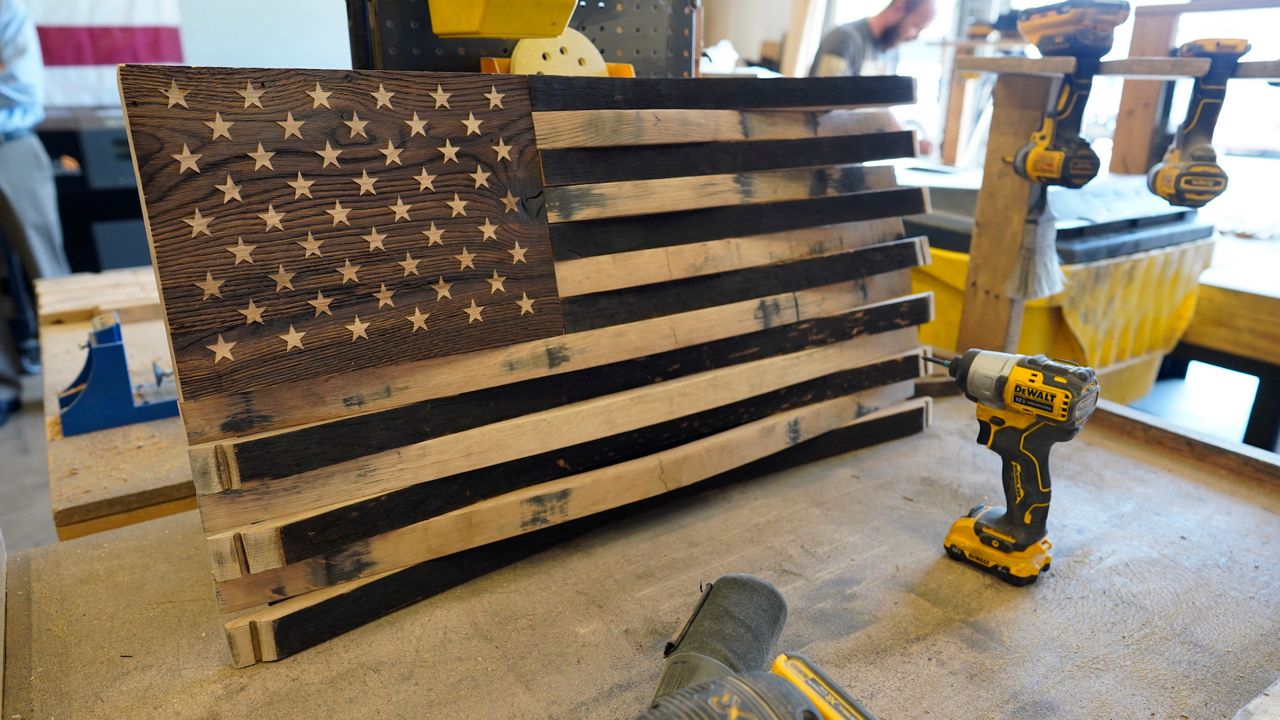 SHEPHERDSVILLE, Ky. — In just a few years, a Kentucky veteran’s DIY project has turned into a nationally recognized small business.


A U.S. Army veteran is finding it hard to fly under the radar these days. Chris Cruise and his wife are the founders of Cruise Customs Flags. They hand-craft American flags fashioned out of repurposed bourbon barrels. 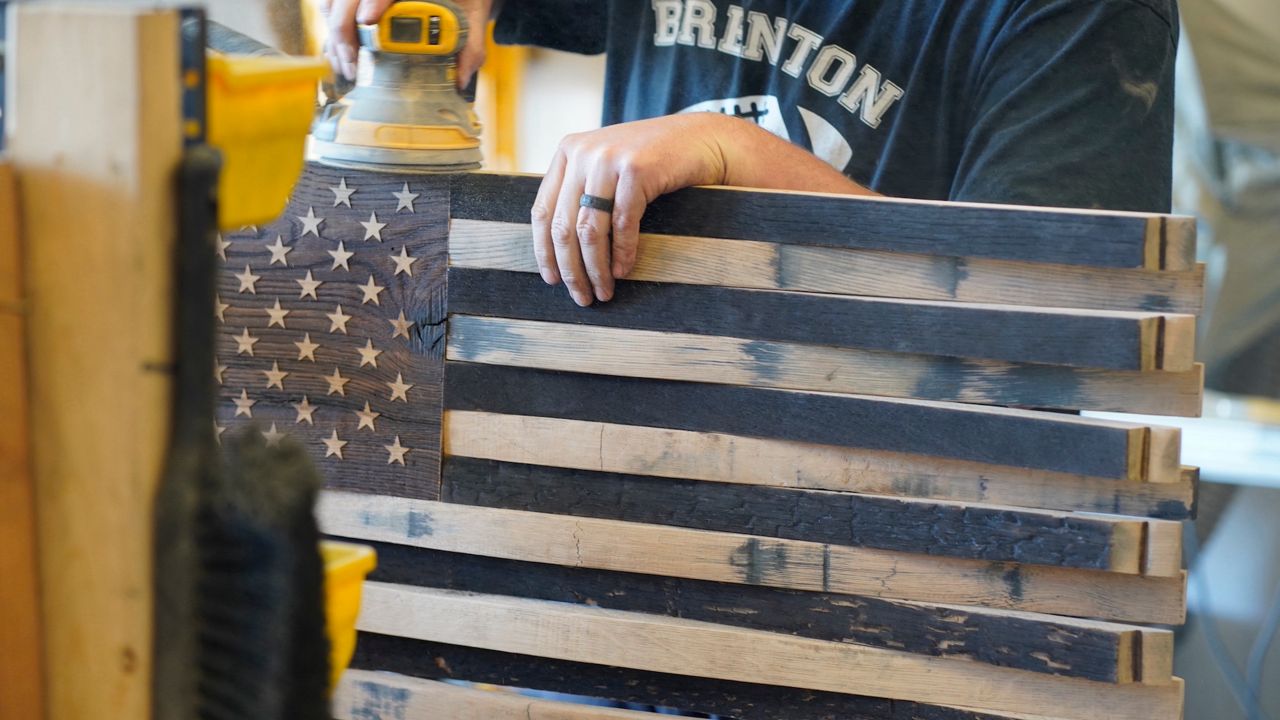 “It was my and my wife’s idea. We wanted something in our home that represented her Kentucky roots and my service," Cruise said. "So we kicked around a few ideas and landed on, lets make American flags out of bourbon barrels.”

The venture started in the Cruise's garage. Fellow Army veteran Brandon Elder has been involved since early on. Now he and Cruise are working side-by-side in a much larger commercial wood shop in Shepherdsville. 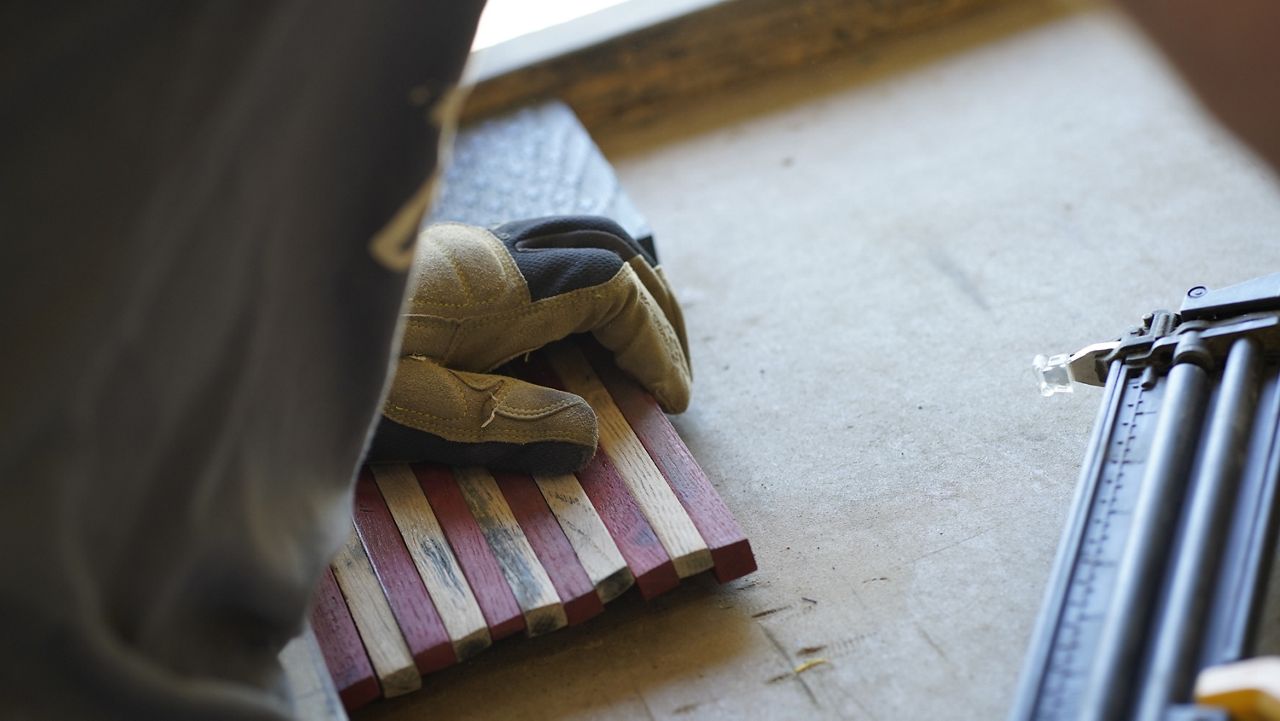 The used bourbon barrels come from a nearby cooperage.

“We get them to like new but leave some of the character as well and repurpose them into basically a work of art," Elder said.

Since starting in 2017, the business has taken off, and to date, flags of all sizes have been ordered by customers in every U.S. state.

USA Cares is an organization helping veterans in many ways including finding jobs post service. In May, proceeds from all Cruise Customs purchases were donated to USA Cares.

Also notable, not only is Cruise a veteran, but he employs many veterans as well.

“It’s a good time. The guys can joke with one another like only military people get to do, just throw low blows, whose branch is better than the other person’s branch," Elder said.

“That’s what veterans want to do. They want to serve something greater than themselves, and I can say that for myself," Cruise said.

You can learn more about Cruise Custom Flags on their website.