LOUISVILLE, Ky. — For 145 years, Churchill Downs has attracted world class horses and those who train, own and bet on them to Central Ave. in South Louisville. But in the past two-and-a-half years, the beating heart of the iconic racetrack, which will come to life next Saturday for the 147th Kentucky Derby, has slowly begun to move to a sprawling, 85,000-square-foot building five miles southeast.

That’s where Derby City Gaming sits. Unlike Churchill Downs, there are no horses or hay at the venue, which Churchill Downs Incorporated opened in 2018 next to the old Louisville Downs racetrack. Instead, it’s lined with hundreds of historical horse racing machines, which look and operate much like slot machines.

They also rake in money like slot machines. In recent years, that money, along with the revenues from the five other HHR venues in Kentucky, has provided a vital shot in the arm for the state’s horse industry, increasing purse sizes, attracting bigger fields and allowing Kentucky to compete with Florida, California and New York for the world’s fastest horses.

Next week, the effect of HHR machines will be felt directly at the track. On Thursday, CDI announced the addition of $3.1 million in purse money for the track's spring meet. That injection, the company said, is “thanks to robust business” at Derby City Gaming, which Churchill Downs CEO William C. Carstanjen has called a “juggernaut.”

The effects aren’t just being felt in Louisville. Kentucky Downs, on the border with Tennessee, is home to 929 HHR machines. This fall, the track will host three $1 million dollar races, just two years after hosting its first ever $1 million race. “That’s a big deal,” said Elisabeth Jansen, executive vice president of the Kentucky Equine Education Alliance (KEEP), an industry group.

“If it were not for historical horse racing, Ellis Park would be closed and Churchill Downs would not be rebuilding Turfway Park,” Jansen said of the tracks in Henderson and Florence, respectively. “Without historical horse racing, we would have a few days of racing at Churchill Downs and a few days of racing at Keeneland and that would be about it.”

Out of the gate 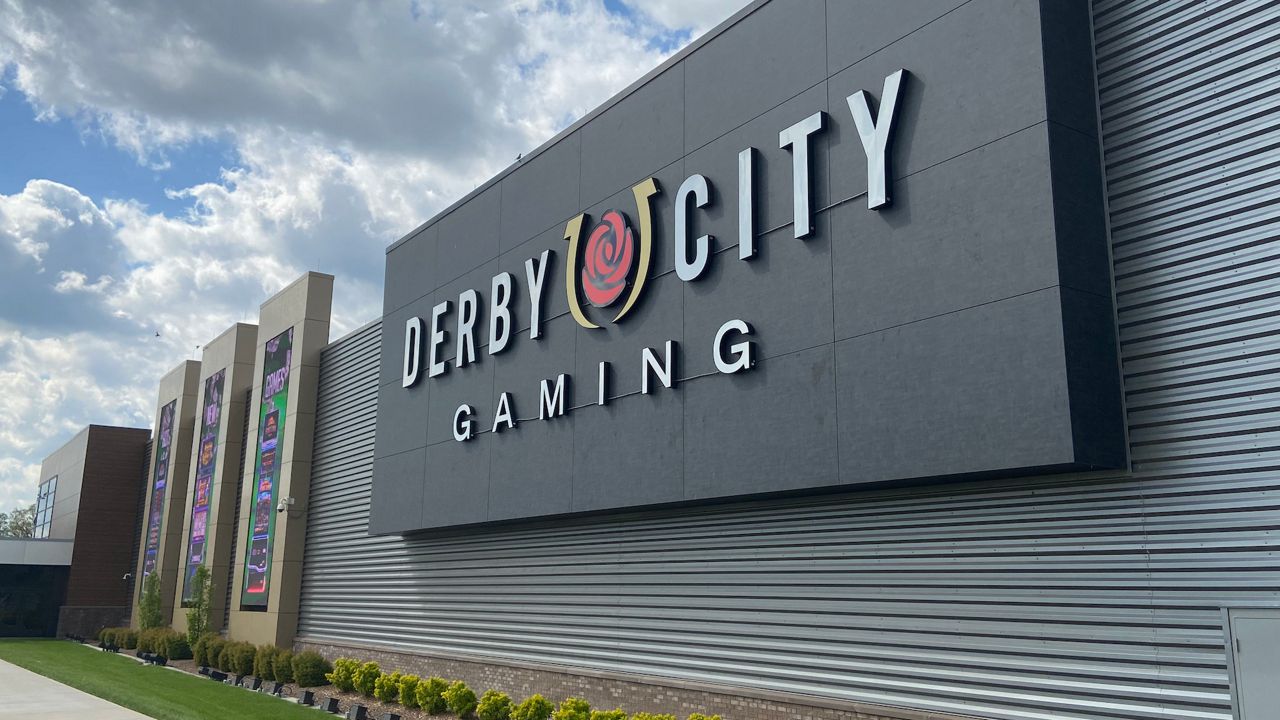 Roughly a decade ago, Kentucky’s horse industry was in rough shape as neighboring states began to compete with the tradition-rich but cash poor Commonwealth. Legalized gambling in places such as Pennsylvania and West Virginia allowed tracks in those states to boost the sizes of their purses. Higher purses meant more horses for them and fewer for Kentucky, where most forms of gambling remain illegal.

“Purses are the mother’s milk of horse racing from which all else flows,” State Sen. Damon Thayer, a Republican from Northern Kentucky, told Spectrum News 1. Smaller purses mean fewer horses, which bring less work for all of the veterinarians, blacksmiths, farm hands and others who rely on the horse industry for work.

Amid these dark days of shrinking purses, a novelty arrived at Kentucky Downs in Franklin. Initially called instant racing machines, they’re now more commonly referred to as HHR machines. But anyone who didn’t know better would just call them slot machines.

With all the blinking lights and ringing bells commonly associated with Vegas-style machines, HHR machines operate with one key difference. Rather than rely on an algorithm to randomize the results of the reels, they use a previously run horse race to determine spin results. The wagering is also pari-mutuel, meaning bets are pooled and then divided among the winners. This type of wagering is legal in Kentucky.

HHR machines at Derby City Gaming, with names such as “Dollar Chief” and “Fort Knox,” do have one feature that would look out of place on a slot machine: a button that says “Race info.” Pressing it brings up a screen showing the date and location of the previously run races that will determine the results. Bettors can choose the order they believe the horses finished the race, but the machines discourage it, suggesting that letting it pick for you will be much faster. The results are then animated like a slot machine.

“If you've made it look like a toaster, nobody would play it,” Jansen said. “It looks like a slot machine because that's what's attractive and sexy to people.”

Those first machines at Kentucky Downs were treated as a novelty, Jansen said. But over the years, as confidence in their legality and evidence of their popularity grew, the machines caught on.

Now, there are just over 3,700 HHR machines at six different sites in Kentucky. In fiscal year 2020, which ended last June, more than $2.2 billion was bet through HHR machines. Nearly $189 million of that made its way back to the tracks operating the venues.

The rapid growth of HHR has not been without a few stumbles. Last September, the Kentucky Supreme Court ruled that the machines do not constitute pari-mutuel wagering, making them unconstitutional in the state.

The Kentucky General Assembly stepped in and passed legislation ensuring their legality in February. But it was not without some debate. Some detractors made a moral argument against the machines.

“Senate Bill 120 is about saving slot machines," Rep. Chris Fugate, a Republican from Eastern Kentucky said during the House floor debate. "That’s what it’s about, gambling. There are a lot of families in America that have been torn apart because of gambling. Gambling has been the cause of many heartbreaks."

Others focused on the rate at which revenue from HHR machines is taxed.

In fiscal year 2020, the state’s general fund received only $15 million from the industry's $189 million commission on HHR. One state lawmaker referred to this as a “sweetheart deal” for the horse industry and many called for an increase in the tax rate to bring it more in line with surrounding states.

Ultimately, the tax rate stayed the same, with lawmakers planning a task force to examine changes ahead of the 2022 legislative session. For now, that means that Kentucky's horse racing industry will continue raking in money from this ever-increasing cash cow as decades old horse races ensure that real ones continue to run.