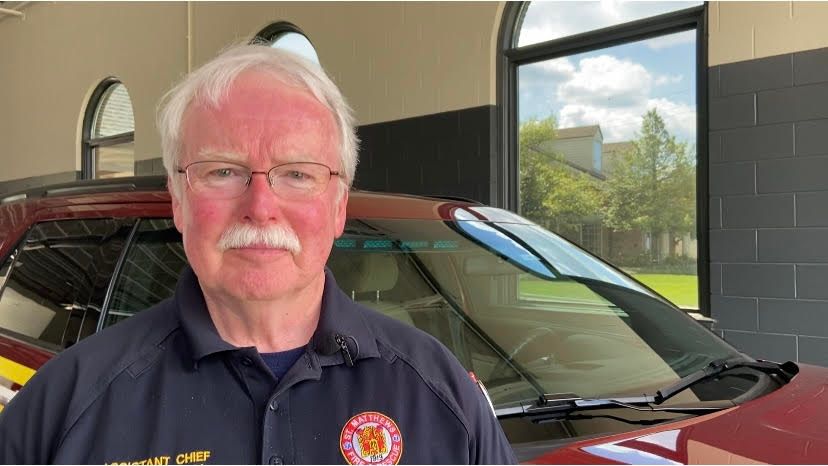 "This is just one EMS agency," he said. "If you combine all of us, you've got a high utilization of Narcan on a weekly basis that is just taken for granted."

Riordan has noticed more calls for overdoses since the start of the pandemic, he said.

"Just right now we’re working an overdose ... It’s a common occurrence," he said. "People in the pandemic, because they couldn’t go out with friends, they couldn’t meet with family, they couldn’t go to social centers, they were isolated and people that are having substance abuse problems and isolation on top of it, that’s a very bad combination."

An analysis from The Commonwealth Fund estimates that overdose deaths in Kentucky were up 57% from January to August last year, compared to the same time period the year before.

"We're the Band-aid, whether it's the police or EMS or the fire department," Riordan said. "Giving people Narcan is great. It gives them another chance. It saves their life, but if we don't fix the underlying addiction problem, we're just going to continue bailing out water with large holes in our ship."

"I’m afraid we’re going to see a significant increase, not only in depression and anxiety, but also addiction," he said. "Out in the rural part of the state, they don’t have as many resources as people do in the urban, suburban areas."

"It's setting up a process in the rest of the state in order to go through protocols...to collect data, to try to figure out how to best manage and how to best get resources out to those folks who are having a difficult time," Fleming said.

The certification program will measure the quality of a city or county's substance use disorder recovery programs, according to the legislation.

Editor's note: The original version of this story said overdose deaths nearly doubled in the first eight months of 2020. It was actually 57% not double.