LEXINGTON, Ky. — Safety, space and a more simple way of life: The search for these during the COVID-19 pandemic, in addition to some other factors, have created a boom in the eastern Kentucky real estate market that has had both positive and negative consequences.


“It’s a great thing because people are moving into the area, and more people is always good for the economy here,” said Shirley Blackburn, owner and principal broker of AAA Real Estate Services Inc. in Pikeville, which serves a 13-county area in eastern Kentucky. “It can also be a negative because home prices have gone up and availability is scarce.”

The lack of affordable housing in Appalachian Kentucky has long been an issue – there is limited flat land not located in a flood plain that can be developed.

People seeking refuge in Appalachia gained popularity during the COVID-19 pandemic and exacerbated the public health crisis by increasing infection rates and overcrowding rural hospitals. An audience survey by expatalacians.com – a website with content written by native Appalachians who left and eventually returned – revealed even with the surge in new or returning residents in Appalachia, many natives resisted the urge to relocate or even visit for fear of unintentionally spreading the coronavirus, which would have played into an even more crowded market.

Factors contributing to Appalachia’s appeal include the Congressional bunker at the Greenbrier Resort in White Sulphur Springs, W. Va., and the Fallout 76 video game that depicted Huntington, W. Va., as a suitable place to live in a nuclear aftermath, according to the survey.

There are also mountains, trails, rivers, creeks, streams, lakes and other outdoor amenities, which are more likely the things that make eastern Kentucky and Appalachia appealing to those seeking refuge from the pandemic.

Money is also a significant factor for moving to eastern Kentucky. Many people and families can pay a mortgage on a decent-sized house and some land for roughly the same cost as their much smaller bigger-city rental. 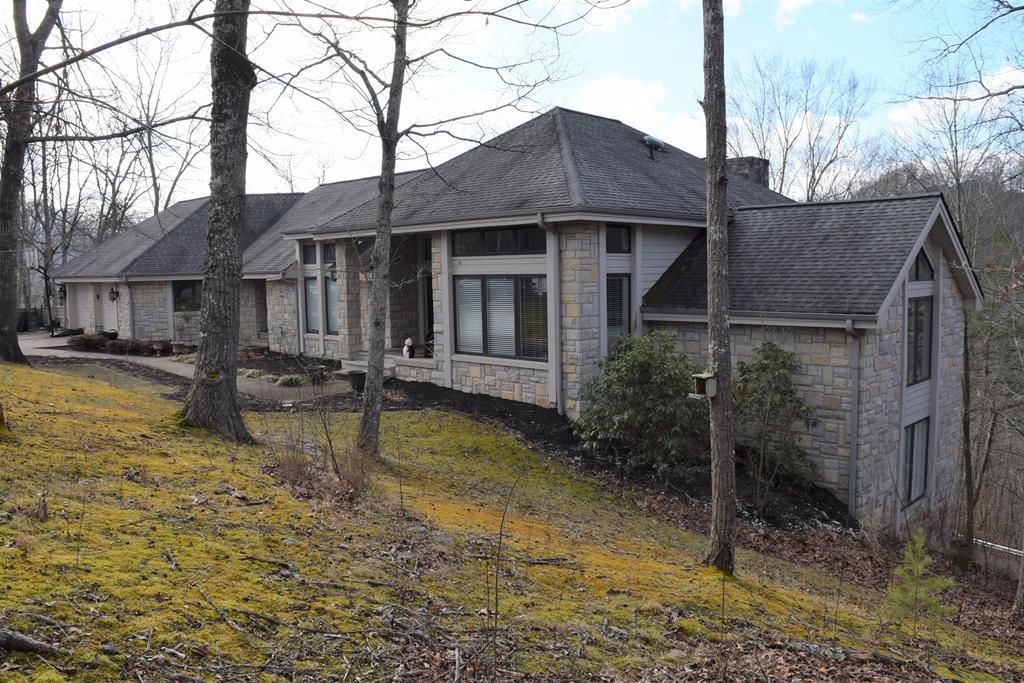 This six-bedroom home in Pikeville, Kentucky, is currently on the market for nearly $650,000. A housing market boom in Appalachian Kentucky has created a shortage of homes and increased prices. (Submitted/AAA Real Estate)

“When all this started, we didn’t know what was going to happen with the market,” Blackburn said. “Within about a month and a half to two months, I just got bombarded. People were calling that had looked at homes before the pandemic – kind of what I call tire-kicking – and they were buying. They were constantly buying.”

People were taking advantage of interest rates being at an all-time low, Blackburn said, and she heard many buyers talk about wanting to “love their home” if they were going to be isolated because of COVID-19 restrictions.

“If they had been renting, they wanted to own something,” she said. “If it was too small, they wanted something bigger. They needed a place for an office since people started to work from home. They needed places for their children and pets to play in the yard. That was absolutely a driving factor.”

Other factors contributing to the boom include eastern Kentucky and Appalachia not being very prone to natural disasters; children moving back to be closer to their parents and vice-versa; and people buying second homes as an escape, so they are not cramped in a small apartment or house if a pandemic ever forces a lockdown in the future.

“These last few months, we've had people from out of the area, not specifically just coming here to work, but just living in bigger cities all over the nation that have randomly called and said they want to move to eastern Kentucky or somewhere in the mountains,” Blackburn said. “They just want more land. They want a place to grow gardens and expand.”

Living in eastern Kentucky has gotten so popular people are buying houses and sight unseen.

“They will call, and we will do a walk-through on FaceTime, and they buy it,” Blackburn said. “That’s what is most different and a new spin I haven't experienced a lot in my 26 years in this business. They're just excited to move to our area.”

But this real estate boom puts the squeeze on some residents who are now feeling “priced out” of the housing market in eastern Kentucky. Chris Hackney, of Belfry, has been struggling to find a home in his hometown. He said she wants to stay in Pike County but wonders if he can find a house or afford it.

“There are very few to no houses on the market,” he said. “If you do find anything in our area, the price is astronomical for what you are getting. I’m from here, and I want to stay here because it is a great place to have a family and raise one.”

“Certainly, we're experiencing a shortage of homes, and it is driving the prices up some,” Blackburn said. “While we are not experiencing what they are in Lexington and things of that sort, we definitely are feeling an overall shortage because of stronger demand and a shorter supply.”

Blackburn said she has developed a method for explaining to potential buyers why buying a home in eastern Kentucky is money well-spent.

“I always give people when they're new to the area what I call eastern Kentucky 101,” she said. “We have these beautiful mountains, but they take up our flat land, and that drives up the price of available land, so we don't have room for a lot of new housing developments unless someone comes in and takes off the top of a mountain and runs water and does all that, which doesn't happen often. Even so, we've seen an influx. Many different things have come from the pandemic that no one knew would happen, but what’s happening here with the housing market has been good for our economy. We're usually bombarded with new listings, but as soon as we get them, they're gone. Homes that have been on the market for a long time are selling. It's a different world right now for sure.”

Houses in eastern Kentucky are not just getting bought by people originally from the area who want to move back. Using the latest technology and offering virtual tours and 4K videos, people from around the country can see houses in ways they would not have previously.

“That's just how people are buying,” Blackburn said. “It's just amazing that people from places like Washington, Oregon, Vermont, and Nevada are retiring and don’t even have any relatives living here are buying. Some work remotely now, and they just want to live here and raise their family.”