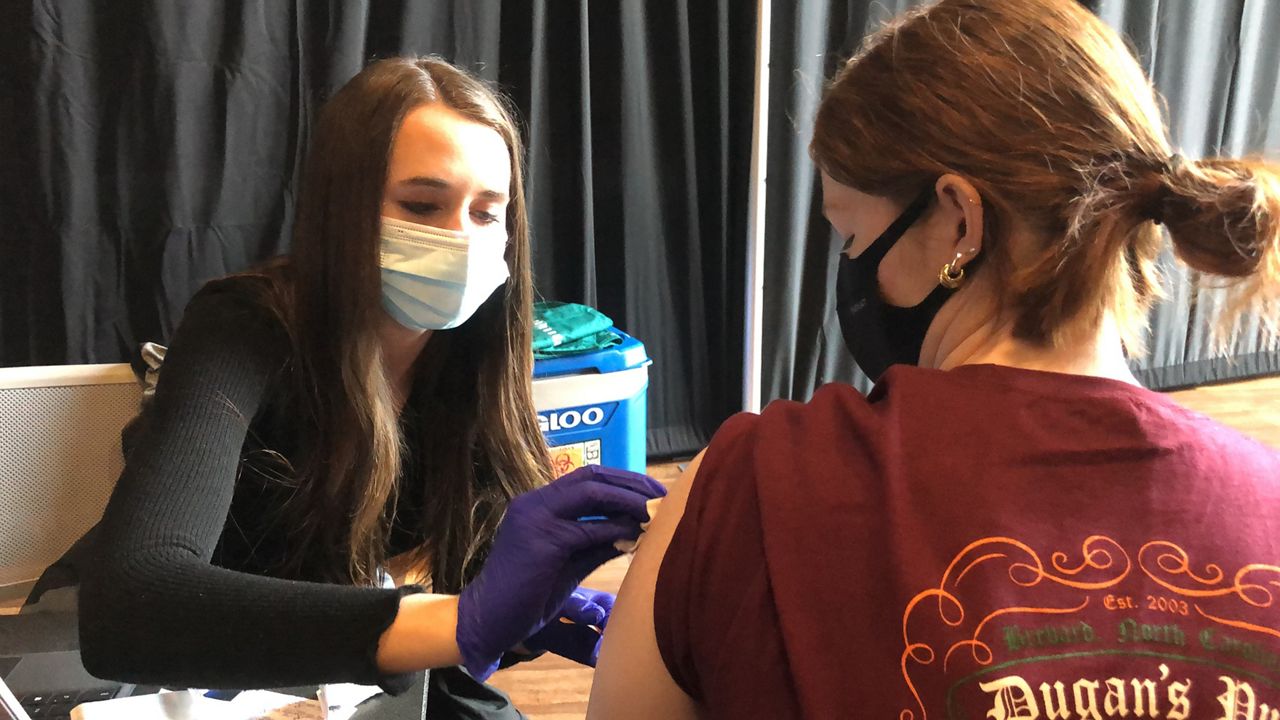 A University of Kentucky students receives a Johnson & Johnson vaccines on April 6 at the Gatton Student Center.

LEXINGTON, Ky. — The University of Kentucky is joining many organizations putting a temporary halt to the use of the Johnson & Johnson single-dose vaccine.

Students showing up at the Gatton Student Center at UK with a vaccine appointment quickly learned they will now receive the two-shot Pfizer vaccine.

“Personally, I didn't really care which one I got. (I) just kind of wanted the Johnson so I can get it once and not come back,” said Sam Ratterman, a junior. “I'm doing an internship over the summer and I’m gonna be gone so that's why I asked about the time when I had to get the second one, so I can get it in time.”

“We were averaging about 200 a day so about 1000, over the course of a week,” said Jay Blanton, a spokesman with the university. It’s UK’s only J & J vaccination site. Kroger Field, the mass vaccine site administers the Pfizer doses.

“An average full day at Kroger Field we do more than 4,000, Pfizer. So it (Gatton Student Center) was a very small clinic. (It) had just gotten started and we were able, this morning to pivot and shift quickly to Pfizer,” Blanton said.

The recommendation from the FDA and CDC to pause the Johnson & Johnson vaccine is "out of an abundance of caution" while more evaluation takes place on the six cases of blot clots.

William Aronstein is the Vice President of Global Medical Affairs with CTI Clinical Trial and Consulting Services. He explains that the clinical trials of all the vaccine studies had only up to 50,000 people with J & J studying 40,000 people.

Federal officials said of the six cases one blood clot case was fatal, and another is in critical condition.

Aronstein said all this means the vaccine administration is being monitored closely.

“I think, (it) is an illustration of how seriously any possible problem with these vaccines is being taken and I think should be reassuring to all of us that nothing is being swept under the rug, and that any hint of any problem is being taken very very seriously,” Aronstein said.

Officials with the CDC and the FDA say they expect the pause to last "a matter of days."