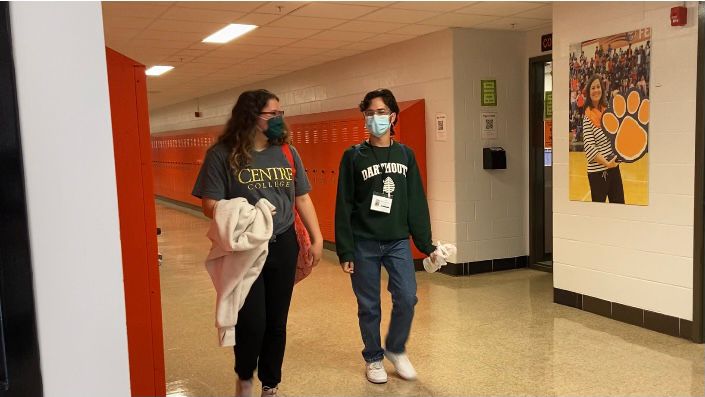 $24M in scholarships awarded to seniors at one Kentucky high school

Massiel Mora Fernandez and Omar De La Osa Febles, who were both born in Cuba, are part of Fern Creek High School’s Ivy Plus Academy.

It provides counseling, mentorship and resources to connect students who may be underrepresented with the colleges that match their potential, said Beau Baker, the program's dean.

“If my wife and I had children and they turned out to be one half as extraordinary as these 37 kids, we would be the luckiest parents on the planet," he said, his voice filled with emotion.

Febles' mother, Dianelys Febles, felt like "the proudest mom in the world" when she learned her son had earned a full ride to Dartmouth College, she said.

"I feel like my heart will explode," she said.

Fernandez, who will be attending Centre College, also received a full scholarship.

The two students will be the first in their families to attend college.

"Change starts with each individual person who is a light in their community going off and showing light to others who may not have had the same opportunities they have had," Febles said. "I believe that every single senior who is graduating, all 37 of us, are the lights the world needs right now."

The 37 seniors were accepted to 59 different colleges and universities this year, according to Baker.

"They represent the very best that our district, our city, our state and our country has to offer," he said.