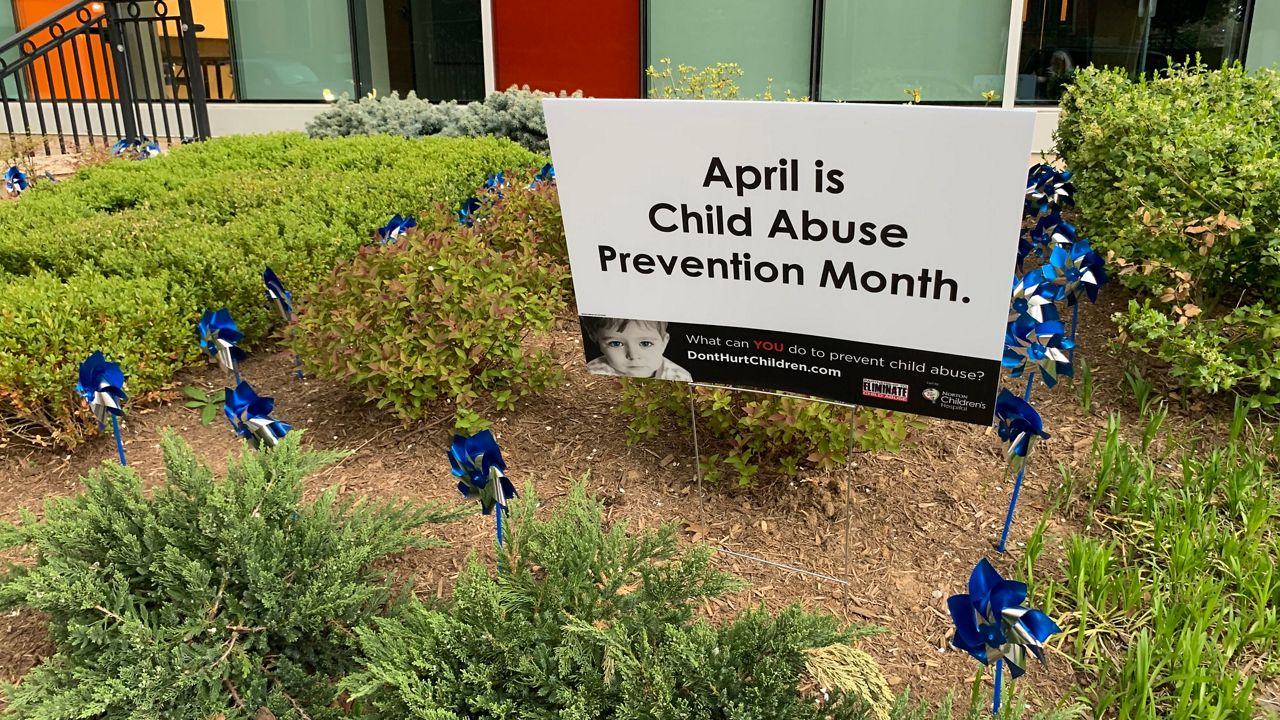 LOUISVILLE, Ky. — Kentucky comes in first in the nation for the highest rate of child abuse, according to the U.S. Department of Health and Human Services Children’s Bureau.

All month long, blue pinwheels spin on the lawn of Norton Children’s Hospital. They are symbols of the sad reality of child abuse in the Bluegrass, meant to bring awareness.

Dr. Melissa Currie said Norton has seen a 50% increase in patients in January and February. Furthermore, hospital data submitted to Spectrum News 1 shows 2021 is on pace to surpass the number of potential child abuse cases Norton treated last year and the year before.

“Interestingly, when new doctors come to work with us from other areas of the country, they often comment on the amount of child maltreatment that they are seeing in their patients compared to where they came from,” Currie said.

“The volume that we see is consistent with the numbers that are being reported, that our child victimization rate is the highest in the country,” she said.

There have been 22 possible abuse cases at the hospital so far in 2021, and one death, Norton Children’s Hospital officials said. Last year, they tracked a total of 52 cases and three deaths. In 2019, it was 65 cases and two deaths.

Doctors and nurses are often first to contact police to report potential child abuse cases, because of the clues they see while treating young patients.

Recently, for example, a couple was arrested by Louisville Metro Police (LMPD), once a nurse told police the parents likely caused injuries to their infant, with “an extreme indifference for human life.”

Amanda Yff, 26, and Brent Bishop, 30, were arrested and charged with criminal abuse charges last week. The injured baby was nine days old and said to have suffered a broken left humerus, broken left radius, broken right tibia, broken right and left femurs, and bruise on the left side of his head.

In the police report, the responding officer said Yff commented inside the patrol car that she, “can’t believe I hurt my baby this bad.” Police added, the baby was found lying “face down on the floor next to the bed,” after Yff woke from sleeping.

While LMPD won’t directly comment on the case, Detective Michelle Rush said cases like this happen all too often.

“How did they get that broken bone, if they don’t move . . . if they can’t crawl?” Rush said clues like these often tip-off medical staff to contact her investigators at LMPD’s Crimes Against Children Unit.

“Our goal is to get justice for these kids,” Rush said.

She said she's seen an increase in cases of potential child abuse, including internet crimes against children.

“It doesn’t sit well with me, and I know that Kentucky is a better place than that,” said Jeff Alston, a parent.

He said he's frustrated with the trend of increasing abuse of children.

“I just don’t think that parents have the support that they need, and sometimes it comes out or kids are the end result,” Alston said, adding that he hopes that is the case, and that people aren’t all bad.

Alston works with groups like "502 Fathers," getting support to fathers and encouraging them to have active roles in parenting their kids. Alston hopes building foundations such as these can lead to better outcomes for kids, and a reversal of the sad abuse statistic he’s seeing now.

“I don’t think we have any parent that just wakes up in the morning and is like ‘I’m gonna be a bad parent and cause abuse or abuse my child,’” he said.

Doctors tell people to be aware of TEN-4 in children, as possible signs of abuse. It means ‘Torso Ears Neck’ in a child under four years old. If there’s bruising there, that’s considered to be irregular in the young child. If you suspect abuse, call 911 or Kentucky’s child abuse reporting hotline, at 1-877-597-2331.