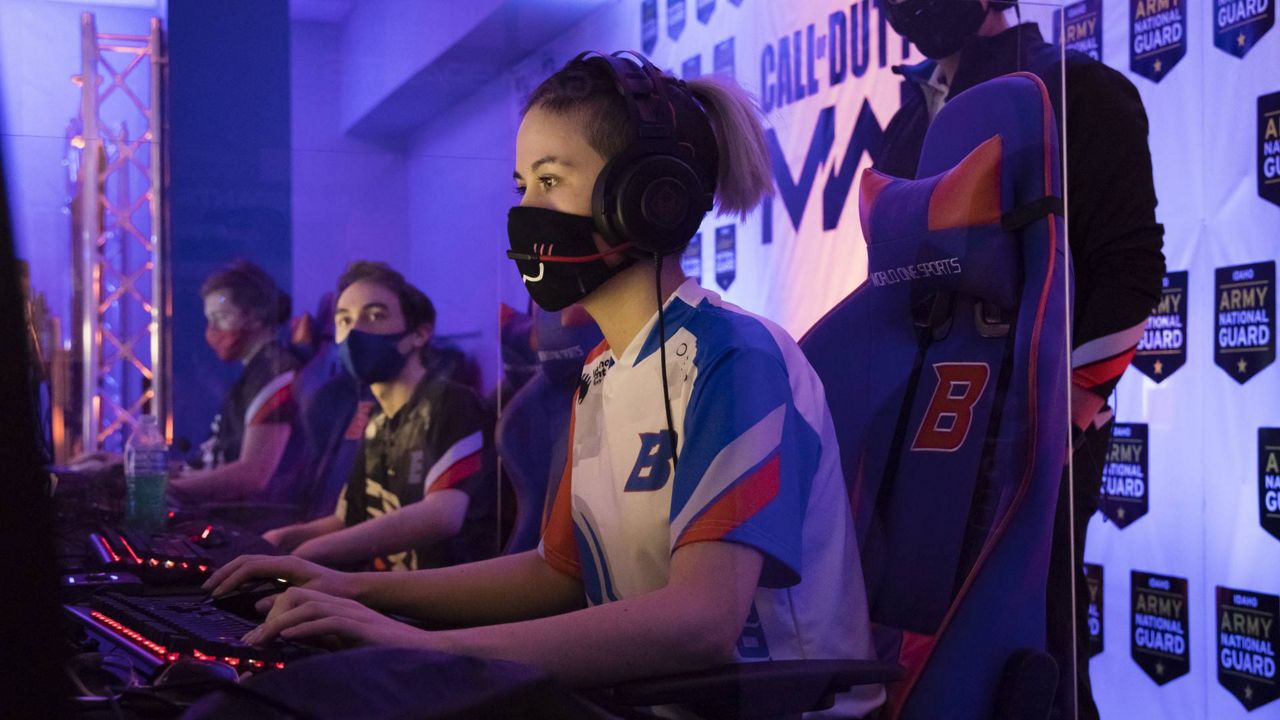 HIGHLAND HEIGHTS, Ky. — At Northern Kentucky University, students will soon be able to play video games to pay for their tuition.


NKU is expanding its esports program to include paid scholarships.

The varsity team for NKU esports now has access to the program’s new home, a room they’re calling the Sandbox, and all of its state of the art gaming equipment. The space features 11 gaming stations and periphery equipment, as well as large monitors for fans to watch live competitions and game replays. It comes courtesy of a $75,000 grant through NKU’s innovation challenge.

The Sandbox will additionally be home to a production studio for streaming matches and developing content to promote NKU Esports. In the Fall, it will be open to all of NKU’s Esports club, which includes more than 500 students.

Esports have become increasingly popular, both to play and to watch online, in recent years.

“Oh, extremely hype,” said Robert Blasingame, the lead broadcaster, or shoutcaster, for NKU Esports. “We try not to scream too loud, but we make sure viewers at home know this is an exciting, once in maybe a lifetime moment when stuff like this happens.”

Blasingame announces games of Rocket League, a game that’s a chaotic mix of soccer and rocket-powered cars, for the varsity team on Twitch.tv.

He also plays for the club team.

“Since I was young, I’ve always been interested in video games, as a lot of people in esports are. And it was never really a reality growing up until I hit high school,” Blasingame said. “It’s really been this upward path through academics that’s given rise to it at the college level. I wouldn’t be able to shoutcast today if it wasn’t for the people who were interested in watching it as well.”

NKU plans to offer scholarships for students to participate in esports. Blasingame said competing at the highest level takes just as much commitment as any other sport.

“I know for sure that they all have at least 2,000 hours in the game per person. They get on multiple times a week. They’ll come into this arena to practice,” he said. “It’s extremely technical and pinpoint stuff, and it’s super impressive what they’ve been able to accomplish through that time.”

NKU’s varsity Rocket League team finished their latest season undefeated, and were ranked as a top 24 team in the nation. All of their matches can be viewed live on Twitch.tv.