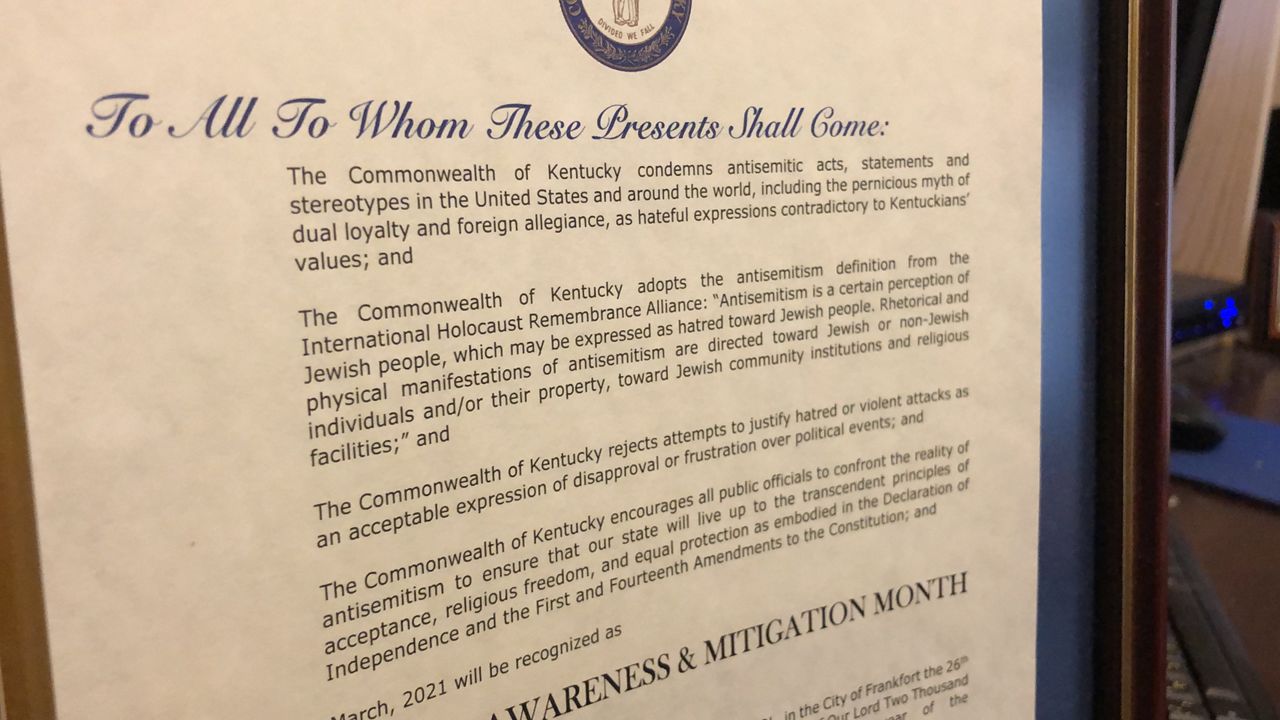 LEXINGTON, Ky. — It’s a growing movement across the nation and now Kentucky is the first state to adopt a resolution condemning Antisemitism.

Rabbi Shlomo Litvin said for a long time there’s been a floating concept of questioning what is antisemitism.

The rabbi said this resolution has been in the works for more than a year but the coronavirus put a delay in passing the resolution.

“So as soon as this session started it was going to be wanting to work on, especially in light of what happened December and January, but not as a reaction to, more to prevent the next idea,” Litvin said. 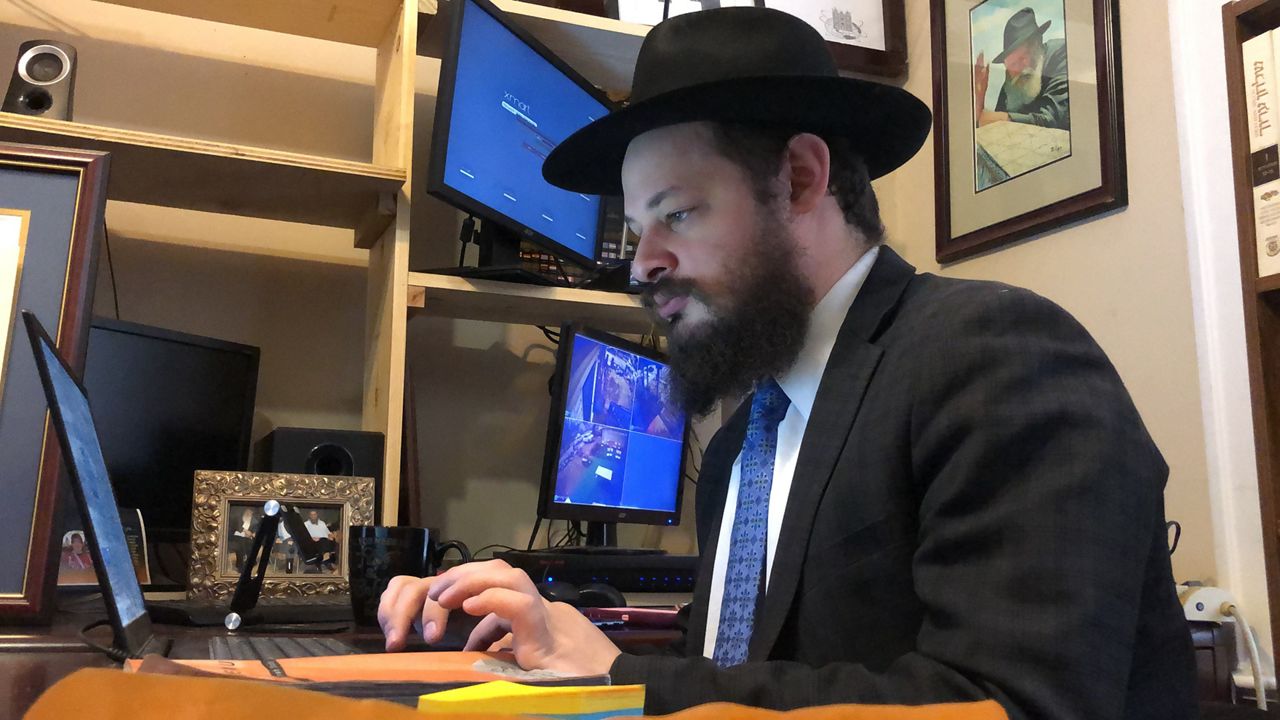 Rabbi Sholmo Litvin working on his daily duties at the Chabad at UK Jewish Student Center.

In November, vandals destroyed the Chabad Jewish Student Center’s sign and a month later in December, a man dragged a Jewish member of the community in a drive-by attack during a Menorah lighting ceremony during the festival of Hanukkah.

In January, Lexington police said a man placed stickers with a QR code at several area businesses. The QR code linked to a website containing Antisemitic messages. Lexington police are asking for the public’s help in identifying crime suspects.

“If we want to stop major acts of hate, we need to stop, seemingly minor accidents of hate. I’m a strong believer in the fact that there are no small acts of hate; all acts of hate are a major issue for our society,” Litvin said.

The rabbi said we need to know what hate looks like, in order to fight back against it.