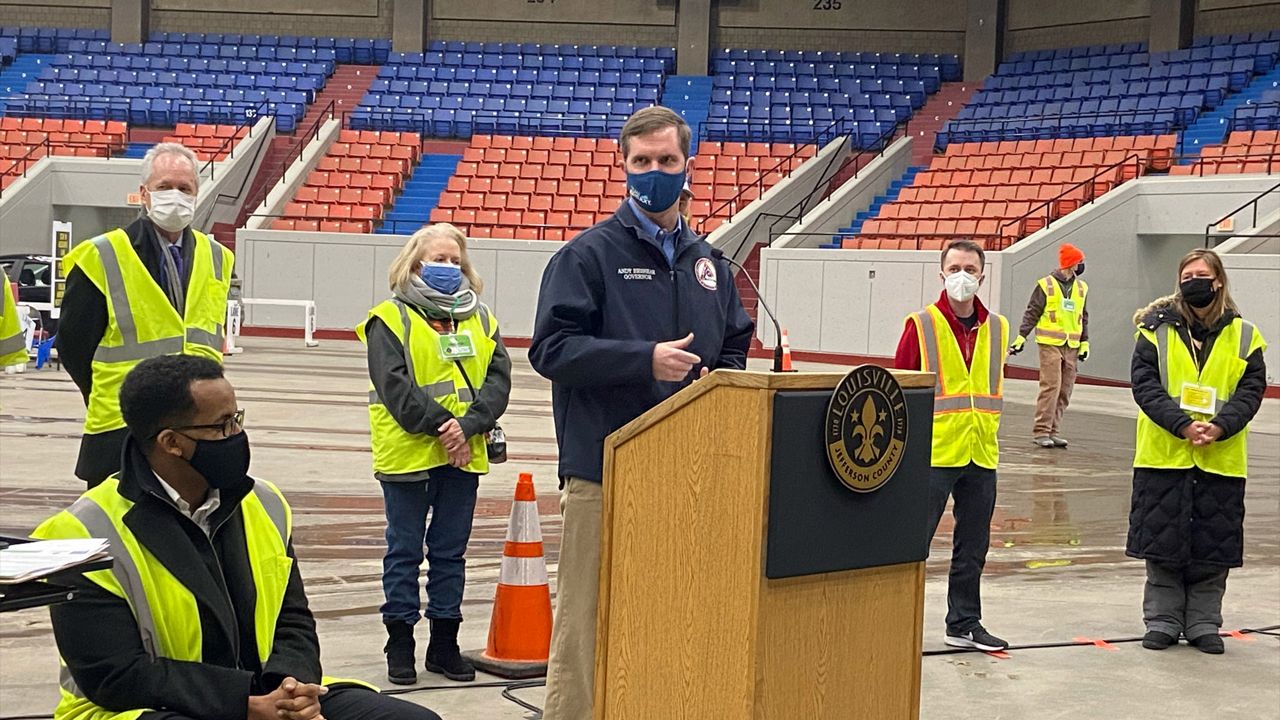 LOUISVILLE, Ky. — Four leaders of Louisville’s international community received their first doses of the COVID-19 vaccine Friday at the Kentucky Expo Center, as state and local officials discussed the importance of equity in vaccine distribution.

Kevin Uyisenga, who immigrated from Rwanda in 2007, first delivered a message in the Rwandan language of Kinyarwanda to reassure members of his community. He summarized his message in English.

"I encourage everybody in our community that they really should consider taking this vaccination," he said.

From inside Broadbent Arena, where leaders said a record-breaking 323 people were vaccinated in just one hour this week, Gov. Andy Beshear promised Kentucky would do better to reach underserved populations.

"We also know that the color of your skin or the size of your bank account should never matter when it comes to being able to get an appointment for one of these vaccines,” he said.

This week the governor shared that about 1.1% of vaccines have gone to residents in the commonwealth's Hispanic population and 4.3% to Black and African American Kentuckians.

"We have a historic obligation to meet this moment," he said. "Let’s make sure we meet in a way that doesn’t continue injustices that we have seen for far too long.”

Louisville's Associate Medical Director Dr. SarahBeth Hartlage said nearly 115,000 doses have been administered in the Louisville Metro area, including 24,000 first doses at Broadbent Arena. About 16,000 of those went to public and private educators, she said.