LOUISVILLE, Ky. — Joe Bennett said he was driving home from work Tuesday afternoon when he saw a handful of Jeffersontown Police cruisers surrounding a car at a McDonald’s on Bluegrass Parkway.

He instantly thought of videos he had seen this year, from Louisville and around the country, in which police interactions with people ended poorly. He parked his car about 50 feet away, pulled out his phone, and decided to film whatever happened next, good or bad.

"I just wanted to observe, so I tried to give them distance," Bennett said Wednesday while standing in the same parking spot from which he filmed the day before.

Bennett can be heard on his Facebook livestream saying he was, "Doing his due diligence as a citizen" by documenting and, "This might be the most boring live video ever." 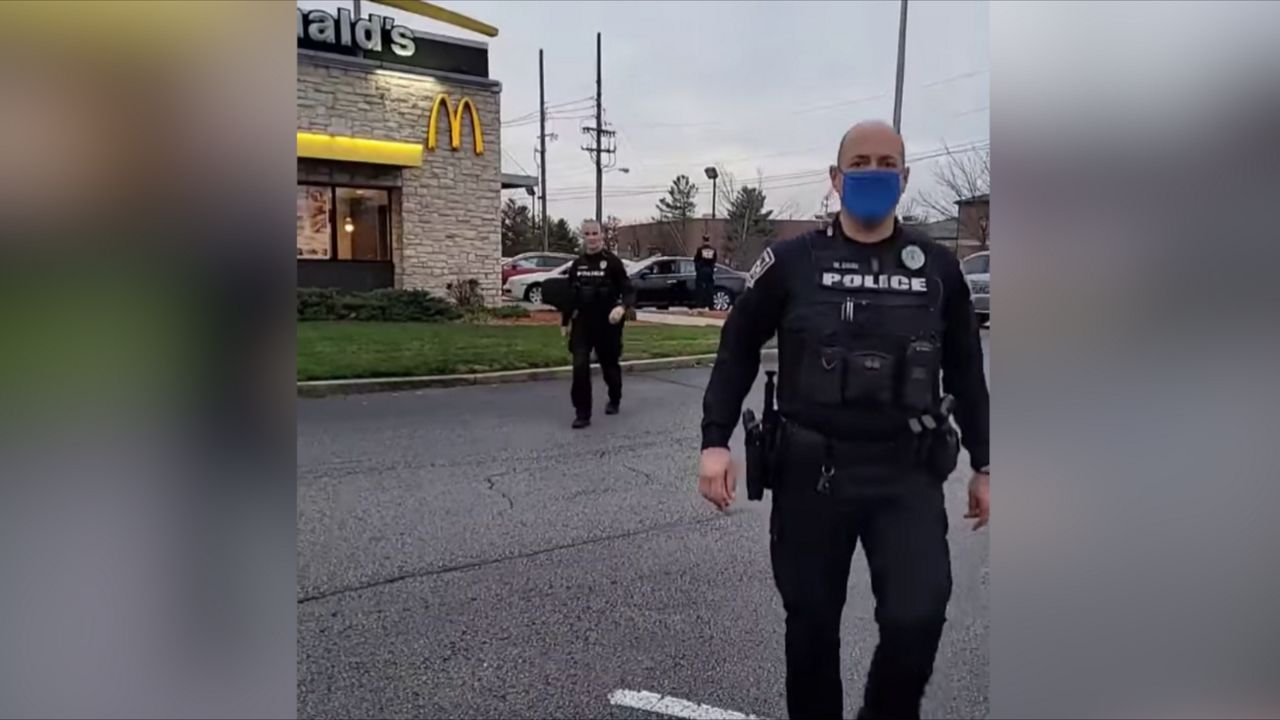 What unfolded was something he never expected.

Three minutes into the video, two officers approached Bennett. One of the men asked to see Bennett's ID. When Bennett refused and asked why, the officer can be heard saying, "You're filming a crime scene investigation... and you're involved."

When Bennett again refused to present his ID, the officer quickly grabbed for his phone and, at some point while he tried to get Bennett on the ground, the officer struck Bennett. One of the two officers then got ahold of Bennett's phone and ended the live stream.

In a citation given to Bennett, officers described the contact as an "Empty strike." Bennett said it was a solid left hook that resulted in him being checked out by EMTs at the scene, and a doctor's visit with X-rays on Wednesday.

In a phone conversation with Lt. Col. Steve Schmidt of the Jeffersontown Police Department, he said, echoing the citation details, his officers were in the area investigating and making arrests related to a check fraud scheme thwarted at the Citizens Union Bank across the street from the McDonalds.

One of the detained suspects, Schmidt said, pointed Bennett out — while he leaned against his Jeep and filmed from across the parking lot — as the driver involved in the alleged crime.

When asked if this explanation made him feel better about how things transpired, Bennett said, "No, it doesn't. [Doing] proper police work, they should have approached me gently. I wasn't going anywhere, I wasn't in my vehicle, I wasn't gonna flee. They certainly shouldn't have hit me first and asked questions later."

Schmidt said Bennett is not a suspect in the alleged check fraud scheme. Bennett was cited at the scene with menacing and resisting arrest.

According to KRS 508.050, a person is guilty of menacing when "he intentionally places another person in reasonable apprehension of imminent physical injury."

Bennett said he was peaceful throughout and purposely stood as far away from the officers as he could to avoid getting in the way as he filmed.

Schmidt said officers had been trying to reach Bennett to talk about what transpired. Bennett said he is searching for a lawyer to represent him before he speaks with the police.

He also wants his charges dropped "at a minimum" and is considering his legal options.