LOUISVILLE, Ky. — The 10 statues that sit on the Louisville Water Tower are due for some touch ups. 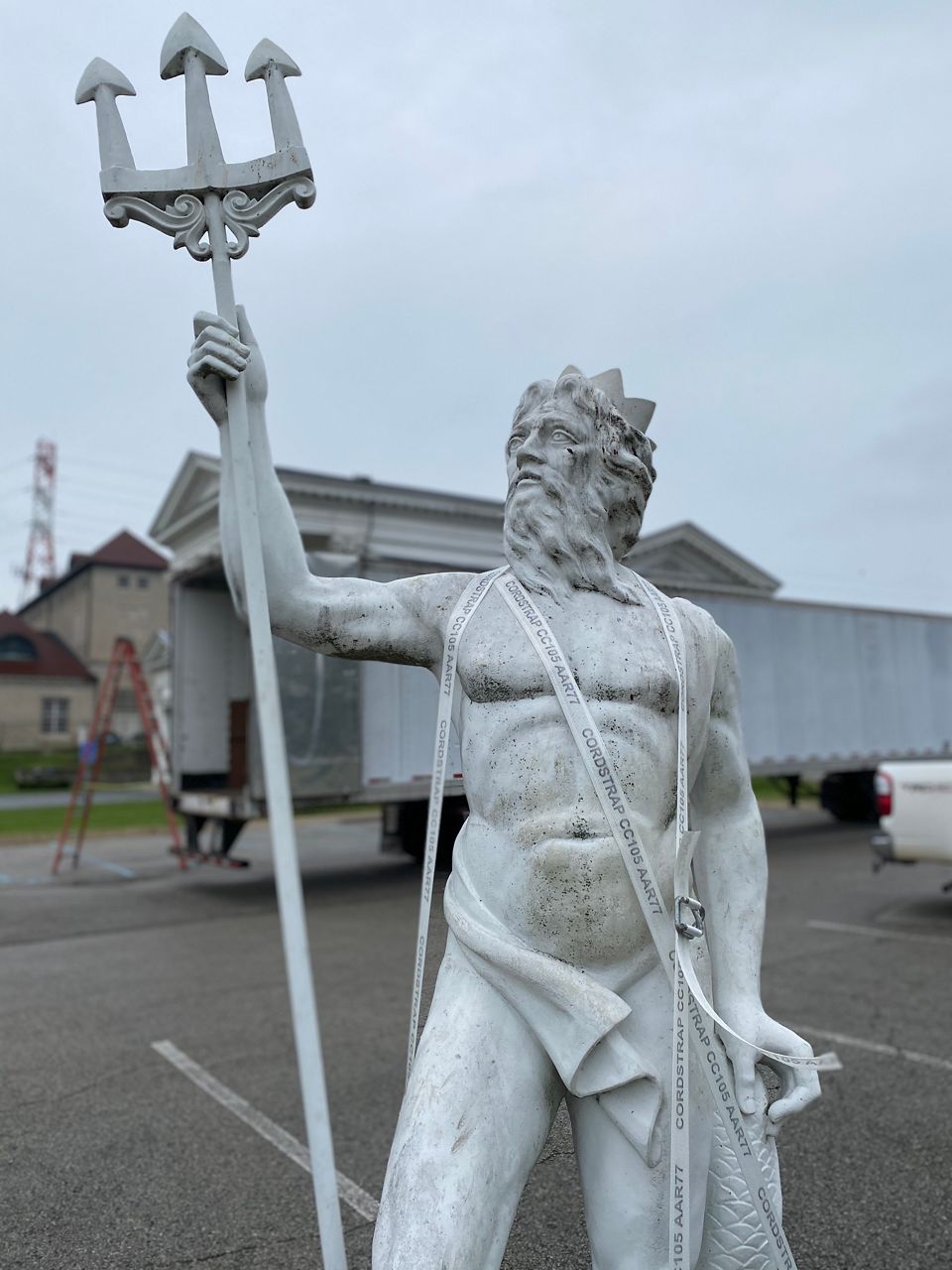 The statues, added to the water tower in the early 1900s, were last repaired 30 years ago in 1990. Their 2020 repairs kick off a two-year restoration project for the entire water tower. The project is expected to cost $2 million from Louisville Water's capital budget.

Built in 1860, the water tower is no longer operational for today's water production. The tower is the oldest standing ornamental water tower in the United States in addition to being a National Historic Landmark.